How to succeed at le CAF 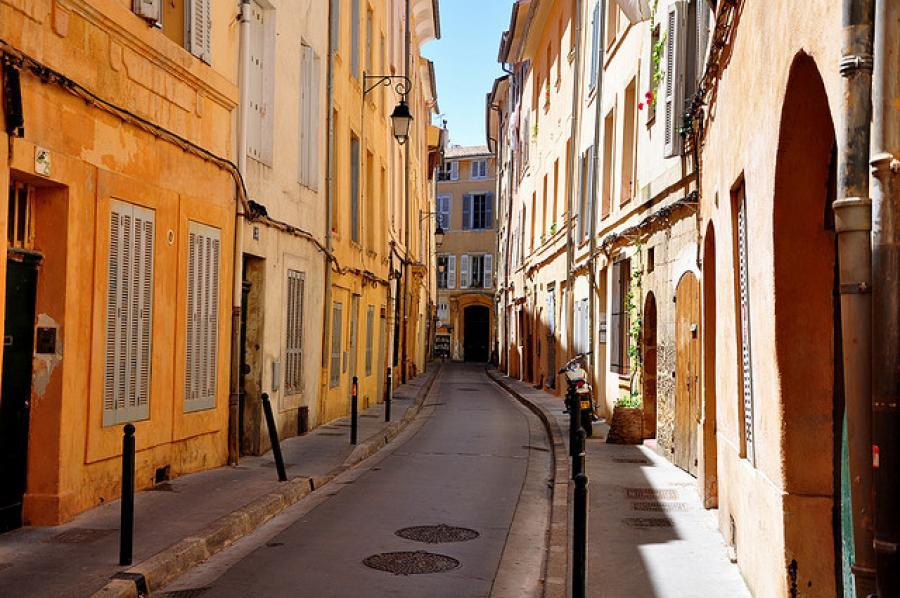 This article was written by Katherine Tabor, published on 1st September 2014 and has been read 12333 times.

France French Accommodation Aix en Provence
Katherine is studying French and German and the University of York and, spent her first semester as an Erasmus student at Aix-Marseille University in Aix-en-Provence. She's blogging about her experiences, but here are her tips for puzzling out the infamously tricksy French grant system known as CAF...

When I first heard about the housing benefits that the French government generously reimburses students with for living in France, it sounded too good to be true: The Caisses d’Allocations Familiales will pay approximately 30%* of your rent when you live in France as a student. After minimal research, I believed that the process would be pretty simple: fill in a form, supply a few documents and wait for my newfound wealth to roll in. However, after my application and subsequent payment took a total of 9 months to be processed, I have learned that the CAF, whilst in itself, being an outstandingly disorganised system, really does sépare le bon grain de l'ivraie.

Rewind to September 2013. After finally getting my Certificat de Scolarité from AMU, my application file was complete. Along with this document to prove my student status, my application included the forms from the CAF themselves, a copy of my letting agreement, bank details and copies of various identification. I proudly handed it all in at the office, thinking: me - 1, la Paperasse - 0.

However, the adviser who looked through my application stated that I should have provided the bank details of my landlady, not my own, as apparently “that’s always what happens with foreigners”. After explaining several times that the money should definitely be paid to my own account, it was quite clear that she would not be swayed (and I couldn’t handle any more of the scathing over-the-glasses-look.) I left feeling deflated, thinking that this confusion would only be a one off...

A few days later I returned, feeling safe in the knowledge that the money should definitely be paid to me and fully prepared (psychologically and with vocabulary) for the advisers. However, this time my dossier was declared ‘parfait’ straight away, but then the passport photocopy was thrown away, as apparently it didn’t need to be sent. This adviser also happily informed me that the average wait time for a response from the CAF in Bouches-du-Rhône was only 4 weeks. At that moment, I should have made the effort to look suitably impressed, as it would be the fastest response time I would ever experience.

Over the 8 months that followed, I received many letters requesting me to supply more documents (one of which was my passport photocopy) and fill in the same forms again. I also swapped my correspondence address to my home in England before I left the country and, after receiving a letter from the CAF to this address, was promptly told via the online courriel service that the CAF could not contact me at an address that was different to the (French) one on file…

One very important document was also still missing (la déclaration de situation - I had provided it in September). After 4 different advisers told me that it could not be sent to me/there was simply no way for me to access it, I then discovered it, readily available, on their website.

By this point, I had re-sent approximately two thirds of the documents I had handed in at the start. It seemed as though someone had simply thrown my file away and I was now slowly replacing each document, one by one, month by month. In a last ditch attempt, I sent a string of 10 desperate messages via the courriel service (the only way to get a response if you don’t like having the phone put down on you) explaining my situation and finally, two weeks later, the lovely Nicolas took pity on me and informed me that the backdated payments should be in my account within the week.

After finally getting my hands on the payment (approx. €150 per month- Aix rent is pricey!), I can say with certainty that the endless forms, phone calls and emails are worth it- and good French practice!

Hand in as many copies of identification as you have. Birth certificate, passport, EHIC, Boots card- put it all in. If you don’t, they will request it after a few months… Ask your housemate or landlord for advice when filling in the form - the French are good at their own system. Start the process ASAP. It’s not going to be top on your list of fun things to do when arriving in France, but in order to continue enjoying your time abroad, a bit of extra cash definitely doesn’t go amiss. You will be sent online login details and a ‘numéro d'allocataire’ when you first apply. However, you cannot actually login online until your application has been fully processed (in my case, 9 months later). These login details are therefore pretty useless.

Don’t be jealous of those who receive payments straight away - they might simply have been lulled into a false sense of security. The two people I know who got their payments straight away are now trying to pay money BACK to the CAF. One kept receiving payments after they left the country (why even mention it?) and the other’s original allowance was miscalculated. However, the online courriel service should be saved to your favourites now**! As letters take 6 weeks to be processed, the average 1/2 week wait for an email response is brilliant. As much as they try, the online advisers are also not quite as unfriendly as those you will speak to when calling the CAF.  Be warned though, you do not get to continue your conversation with the same adviser, so a brief summary of your situation so far should always be included in each message. Every adviser has a different idea to how the system works. Some send letters to England..others refuse to believe this is possible..Some thinks certain forms are necessary.. others don’t. Another prime example: on my first ever visit with another student to collect the application forms, we were both given lists detailing what identification to provide from the same adviser; but both lists included very different things… The more you contact them, the more chance you might find The One (who will actually help you..) Do not give up. I imagine a tactic of this delayed system is in the hope that students, especially foreign ones, will simply forget/not be bothered to follow up non-payments. It’s very frustrating to keep getting negative and unhelpful replies (especially when you don’t even live in France anymore) but if you give up you are basically turning your back on a few hundred euros!

Please note, my experiences are from the Bouches-du-Rhône CAF. Some areas may be friendlier (or worse!) and other areas may ask for different documents. For example, my English birth certificate was accepted, but a friend in Paris had to get theirs translated.

** under 'Contacter ma CAF' – if your payment hasn’t been processed then you should fill in the 'Vous n'êtes pas allocataire d'une Caf?' but mention your numéro d'allocataire in the message (comes with login details). However, each area has a slightly different website layout.