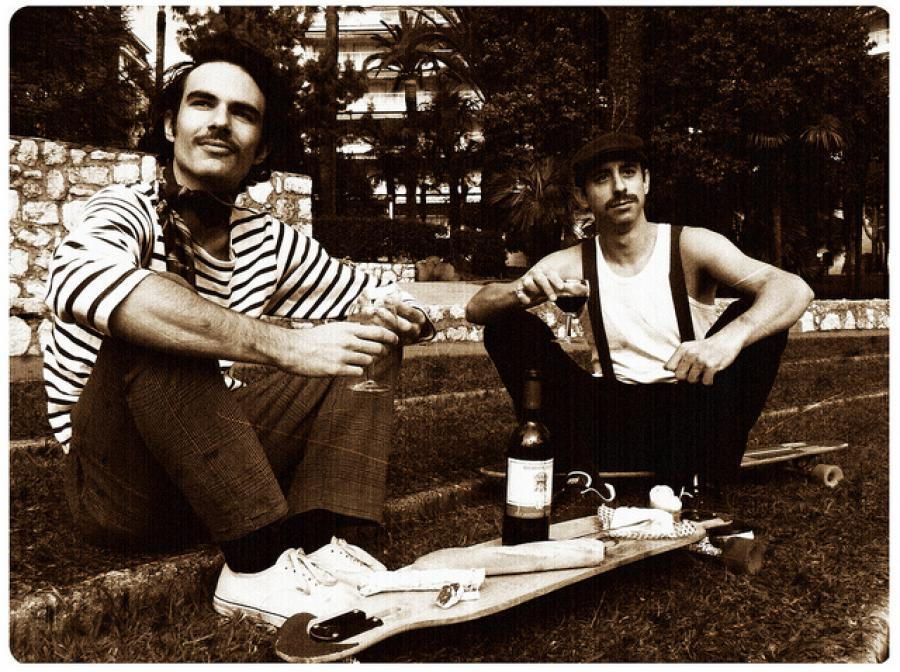 This article was written by Rosemary Maher from The University of Leeds, published on 1st April 2015 and has been read 16656 times.

Rosemary is a third year French student from the University of Leeds. She is currently working as a Language Assistant in Colmar, France. Interested in reading more about her year abroad? Check out her blog!

Stereotypes are hard to avoid in today’s society; they are everywhere, and sometimes it is hard to separate the fact from the fiction. Prior to my year abroad, I was aware of a few stereotypes of the French; none of which I wholeheartedly believed. I’ve now been living in France for just over six months. With that in mind, let’s take a look at which stereotypes have an element of truth and which are utterly ridicule!

1. The French are rude

Just last week, I did a lesson on stereotypes and asked students for their opinion on this one. They were quick to say “Oh, but that’s the Parisians”, as though those who live in Paris come from a different country altogether. Perhaps this stereotype stems from a few bad experiences in the French capital. Here in Alsace, I’ve found the people are very welcoming. I’ve even had a few older people asking me if I would like to go in front of them in the supermarket queue – I never get that in the UK!

We Brits (myself not included, to the dismay of my students) love a good cuppa. The French are known for their love of coffee. For those of us who are neither tea nor coffee drinkers, tant pis!

Contrary to this stereotype, lots of the teachers at my school seem to enjoy a cup of (black) tea; two teachers even brought back a box of tea from their recent school trip to Edinburgh! Drinks menus will often have a wide selection of herbal teas and the French certainly know how to make a good hot chocolate (don’t forget the chantilly!).

3. They are always on strike

Air France, SNCF (the national train network) and countless other organisations are notorious for their love of strikes. Remarkably, I am yet to be inconvenienced by une grève (a strike) – let’s hope this luck holds out until the end of my time here!

I have a feeling this is a stereotype which the British press is slightly to blame for; we read lots of articles about Air France causing chaos and the SNCF disrupting travel plans, but we shouldn’t forget that for the most part, it’s not that bad. Interestingly, whilst there are frequent strikes by teachers and lecturers in the UK, the teachers at my school haven’t gone on strike this year...

This one presents a challenge. On the one hand, there are lots of people (typically older, or coming from a rural area) who don’t have a very good level of English – these are the people who don’t like speaking English to you. On the other hand, there are equally as many people who have a good command of the language and take delight in practising it – these people, with all their good intentions, can be problematic for the year abroader.

If you are in a tourist-y area, it is likely that you will encounter people with English speaking abilities. Once they hear your accent, you may be quickly “English-ed” – that is to say, you ask something in French and they respond in English. This can be insanely frustrating for those of us who are trying to improve our language skills – but with some persistence they will revert to French!

Verdict: not true (but dependent on several factors)

5. The French eat only snails and frogs' legs

Anyone who has been to France can tell you this much: there is far more to French gastronomy than these two classics. Each region has its own specialities; in Alsace it’s tarte flambée (think pizza minus the tomato sauce) and choucroute (think lots of cabbage and sausage meat) amongst many other delights (or not, depending on your taste).

Of course, it would be rude to forget the delights of a true French crêpe: the French like them covered in Nutella, but I would personally recommend the compote de pomme (apple sauce). Mr Bean may well provide an entertaining insight into French haute cuisine (I’m referring to that oyster scene in Mr Bean’s Holiday, below) but not all French food is slimy or has weird origins.

In conclusion, though some stereotypes can provide endless laughter (e.g. the French all walk around in stripy tops with berets carrying baguettes), others are a little hard on our neighbours, the Frogs. Don’t ever let a stereotype put you off choosing a certain location for your year abroad; they are heavily generalised concepts, which are often completely off the mark! For further stereotypes, look no further than this entertaining little video!