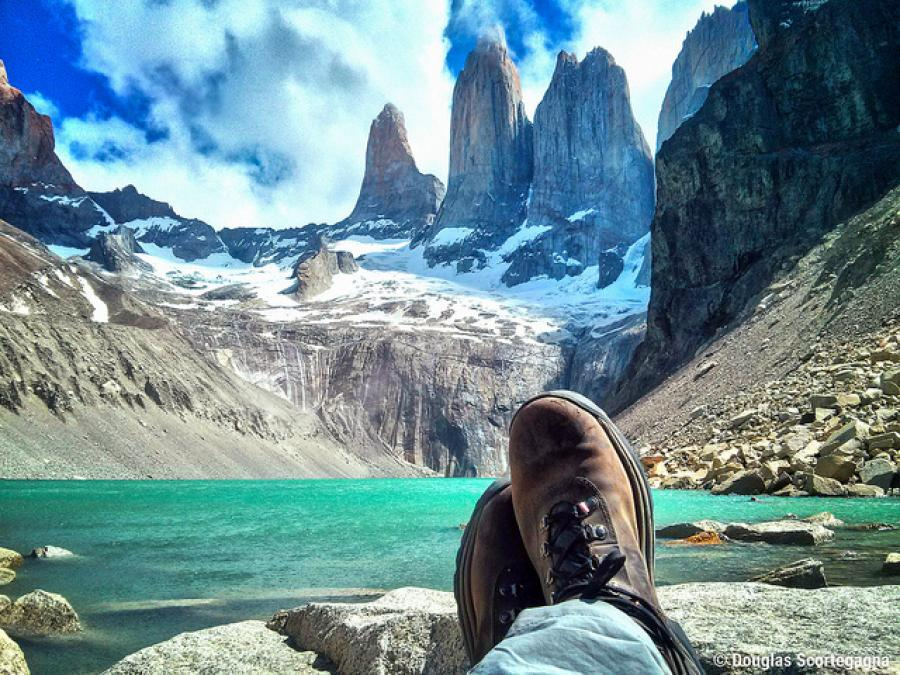 This article was written by Lidia Fanzo from The University of Oxford, published on 26th October 2015 and has been read 3137 times.

Lidia Fanzo is studying Spanish and Linguistics at Oxford University, and is currently studying and teaching in Santiago, Chile. Here is her advice about how to speak Chilean...

When I was thinking about spending the first part of my year abroad in Chile, one of my tutors immediately said “Ahh, good luck with the Spanish there. In fact it’s so difficult, I would say that if you can understand Chilean Spanish, you’ll be able to understand almost any Spanish that confronts you.” I replied that I love a good challenge, although to be honest I was thinking “That’s ridiculous, I got by in Peru without any problems and Chile isn’t even that far from Peru… How hard can it be?” I was quickly proven wrong…

Six months later, I found myself in Santiago airport trying to explain that I wanted to take a taxi to the city centre when I was suddenly aware of how wrong I had been. Why were they speaking so fast? I couldn’t understand a thing, was it the same language that I had studied for almost 7 years? I spent my first month in Chile begging my new friends to speak more slowly and at times, after a particularly long day, I still feel as though I’ll never be able to understand most native Chileans.

But the speed at which they speak here isn’t the only problem, Chileans often don’t even pronounce half the word. If you want to appear truly Chilean you should never pronounce word-final “s”, so the phrase muchas gracias, for example, becomes muchah graciah and vamos transforms into simply vamoh. These abbreviations, however, aren’t restricted to just “s” and I have even noticed that in words ending vowel + do/da the “d” often disappears, another chilenismo that doesn’t help this struggling English girl. It doesn't stop here, I’ve heard “por’fa” instead of “por favour” and “entrete” for “entretenido”, amongst many others. When these abbreviations are combined with the speed of Chilean speech, the result is far from anything I’ve ever studied at Oxford.

A key piece of advice for anyone who wants to survive in Chile would be: give the diminutive the respect it deserves. Here they don’t ask if you want pan, they ask if you want a pancito (I’m not entirely sure of the difference…), you don’t have an abuela, you have an abuelita and you don’t drink a café, you drink a cafecito. It’s obvious that my school teacher wasn’t talking about Chile when she told me that the diminutive should be used sparingly. These three little letters can carry more meaning than an entire sentence and it’s essential that you learn all the differences (I recently learnt that rápidito actually means really fast… WHY?!).

There is also a ridiculous amount of Chilean slang that cannot be avoided and that you simply have to learn. This is a small list of the most important words according to Lidia (I also recently bought a dictionary on my Kindle called Speaking Chileno which I’d recommend):

Un pichintún = a small portion (Marcela kindly explained that this comes from mapudungún, the language of the Mapuche community)
Altiro = right now
Al toque  = idem/right now
Andar pato = have no money
Pololear  = to go out with as a boyfriend/girlfriend
Ser fome = when someone bores you
Carretear = to party
Copete = an alcoholic beverage
Psicopatear a alguien = stalk someone on Facebook

Despite all this, there are two key elements which are most important to sounding like a a true Chilean and, if you don’t remember anything else from this blog, remember this:

Po
You can’t spend more than five minutes in Chile without hearing this pest which dominates every single conversation. Marcela taught me that po derives from pues, a colloquialism used at the end of a sentence to emphasize the idea. This term is also found in the Andalusian dialect where it has a very similar pronunciation. But the only thing that you need to know is that a Chilean would never say si, no or ya without a po.

¿Cachai?
Although Chileans rarely use the voseo which is so predominant in Argentine speech, cachai is unavoidable. It means “get it?”, but is extremely informal; once I was listening to a conversation in which someone used the term no fewer than eight times in no more than five minutes.

Chilean Spanish, then, is no easy task, but the sense of pride when you can finally understand the bus driver’s instructions will leave you with a huge smile on your face.