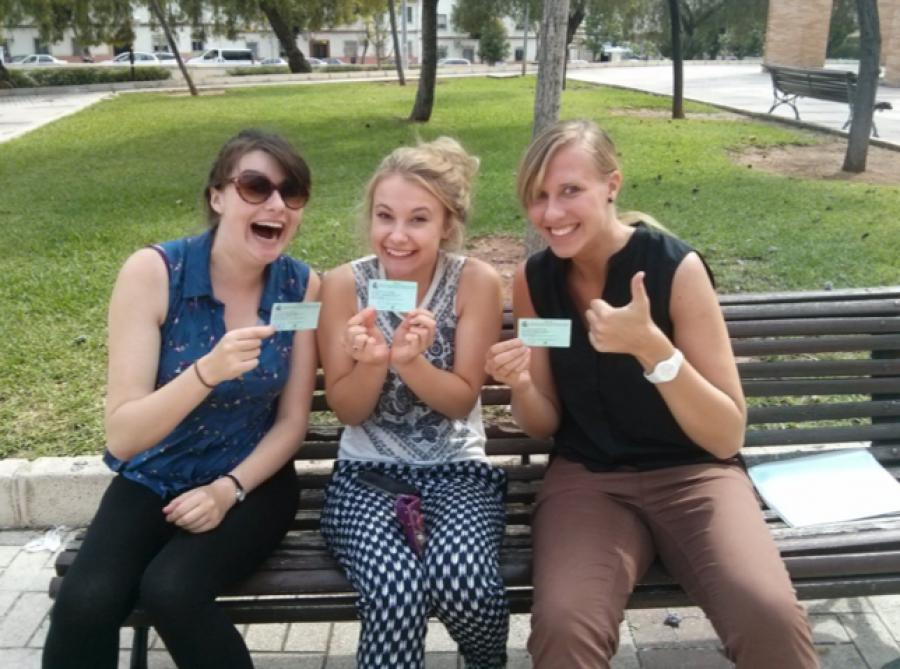 This article was written by Global Graduates, published on 21st October 2013 and has been read 37582 times.

Spain Madrid Living and working in Spain Advice
The N.I.E. is the Número de Identidad Extranjero - Foreign Identity Number to you and me. I was aware I would have to get something like this in order to do things like open a bank account, and to legally be here for more than 90 days. The problem is, it seems that every avenue of finding out about the process of it is absolutely shambolic - it infuriated me that nobody seemed to know exactly what needed to be done, despite telling me things as if they did. I will write how I got mine, and hopefully it will be of a more reliable source for those of you who need to get it and haven't, having actually done the process yesterday.

After meeting some of the other assistants the other night, one girl, Charlotte (from Kings Lynn funnily enough, right near me!), told me she had gone and done this herself the other day. The response when asked how it went made my stomach churn - "The worst experience of my life!" Now obviously this was a slight exaggeration. But her experience did sound AWFUL. She went to the comisária (main police station in Málaga) and she queued for 45 mins in one out of two queues (where there were no signs to explain what to do) before being told she was in the wrong queue. She had to start again in another queue, wait to receive some forms, filled them out whilst waiting in the other queue, where you are told to go and pay a fee at a bank round the corner (?) and then come back, queue again, and then finally receive your N.I.E. She was told the wrong amount, had to go to the bank again to pay an extra 1.40 or something, join the queue again and finally got it.

After hearing this horror story, I organised to go with a group of 4 other people, on our day off, after receiving the forms we'd need at the orientation day the day before (handy). We met at 8.30 at the main area of buses, all with various documents, forms, passport photos, EHIC cards, the whole nine yards...mostly because of hearing other people's stories that they had needed all these things. Oh, and of course €20 at least as the payment needed (which we had NOT been informed about before leaving) seemed to vary hourly from €6 up to sometimes €16.

We arrived at the place at 9. There was already a queue out of the front door of the place. We assumed correctly that the longest queue was the one we should be in. And then we waited for about half an hour, got to just outside the doors when a man came outside checking everyone's forms. He checked ours, noted that me and two others were brits, and wrote a number down on the bottom of our form to pay to the bank - €10.40. Then upon finding out the other two in our group were from the US, had a small meltdown of confusion as to why they were here, telling them that no, they definitely needed to go to the Foreign Office, there is no way they can do this here. Even though we were explicitly told at the orientation day, by SOMEONE WHO WORKED HERE, that they most certainly could; in fact that's the only place they could go. So they wandered off in search of that.

The other two brits, Esther and Rose, and I went to a bank round the corner where there was barely a queue. You simply handed in your form, they stamped it, you paid them, you left. And back to the station we went.
Unfortunately since we had left the queue to do this, we had to join the back of the queue again. We then waited for 4 hours, while the queue moved inch by inch, during which time we picked up another fellow assistant, Vivian from Germany, found out the poor Americans had been turned away from the Foreign Office too and had decided to try again another time, and had a crying baby about 10 people behind us for the majority of the time. After about 3 hours we were pretty much losing the will to live, and the ability to converse with each other.

Finally after 4 hours, at around 1.15pm, we got to the front where we were called in individually to a room where 4 people were working. ONLY 4!!! The fury was boiling inside me. The lady I had asked what I wanted, I said a N.I.E please, because I am a Language Assistant. She said no, you don't get that, you need a residency permit (or spanish words to that effect) which comes with a N.I.E on it (this happened to the other girls too). I plonked all my stuff on the desk (which included a back to back copy of my passport, after hearing from my friend in Huelva that they had demanded this!) and the first thing she picked up were my passport photos, which I had done on the main street in Málaga in a little crappy street photo booth. There were 6 and the middle ones were ok, but the ones on the edges had weird ink on them. Anyway she took one look and said "No, these are very bad quality - you have to get new ones and start again." I was flabbergasted. I asked "Really? Even the middle ones?!" and she explained that the photo would be in black and white and these photos would come out really badly. After 4 hours of queueing for this, I am ashamed to say I just started to weep. I started gathering my stuff as the tears plopped onto my forms, probably ruining them as well, when she said "What nationality are you?" I said English. "Oooooh don't worry, don't worry - you don't need them if you're from the E.U!" she exclaimed, relieved to see me smiling with relief and sheer joy. She apologised for not checking my passport first but to be honest I just wanted to get out of there!

The final group of documents that she needed were: The two forms, one blue, one white that we were given at orientation, my nombramiento letter, the letter we were sent addressed to the manager of the foreign office and my actual passport - not a copy, the real thing, which she copied the details from. No need for my EHIC, passport copy or anything else.

However, the mess that is the Spanish system was clear when I saw Esther running off, EHIC in hand. For some unexplained reason, she had to go and get a photocopy of her EHIC. WHY?!? None of the rest of us did.

Bizarre. But it was finally over and we were all presented with a shitty little green piece of paper. What an anticlimax.

We proceeded to rest once we all left, on a bench outside, where the queue was exactly the same as when we arrived, and moving at the same pace. 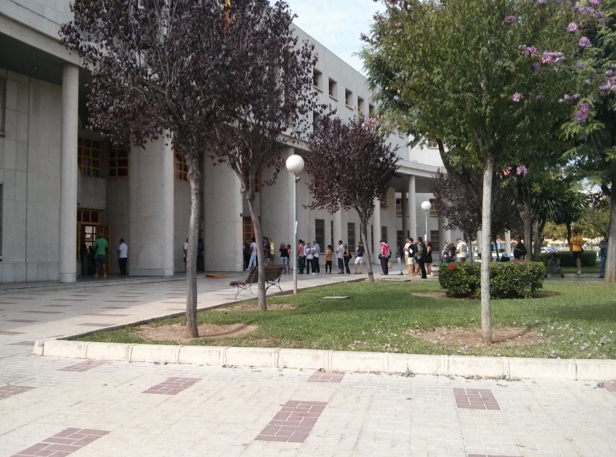 In any case, to celebrate our finally being residents, and never having to enter that wretched building again, we went back into town to get a delicious ice-cream at Cónico, and then got tapas at 100 Montaditos. Totally the right way round.

What a bloody palava.