How to describe your language degree in an interview 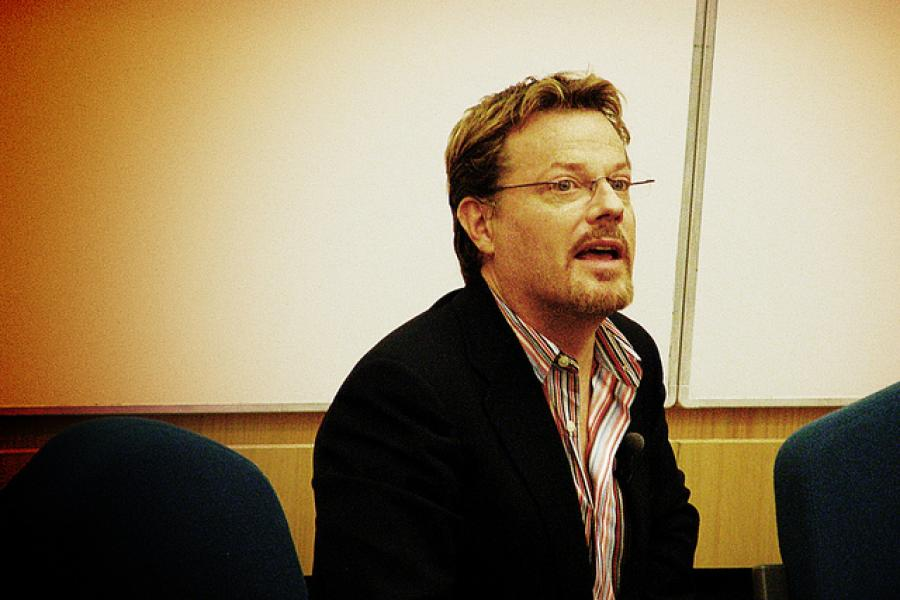 Comedian and polyglot, Eddie Izzard does stand-up in English, French, German, and Spanish, by Mark Wainwright

This article was written by Global Graduates, published on 5th April 2016 and has been read 5418 times.

A language degree is often difficult to explain to a monolingual interviewer. The Guardian hosted a Now you're talking: how language skills can boost your career live chat in October 2015, and we have quoted one of the comments so many times in conversation that we thought we would publish it here for your reference. The comment was posted in response to the question: "Assuming just mentioning the ability isn't enough, how would a graduate project multilingual skills to potential recruiters as an advantage over other applicants? Here is Adrian Sewell's answer...

"I think you would need to point out all of the skills involved in learning a language, and not just the outcome of speaking and reading that language: understanding of complex concepts of grammar, perseverance – learning a language is a long-time activity – attention to detail, ability to communicate.

If you&39;re doing a language degree you&39;re already encountering vast amount of flexibility too: you may be jumping from a French oral class, to a Spanish grammar class, to a class on the Spanish Civil War way you&39;re doing a presentation on some complex aspect, to 2 hours private study in the library, to a committee meeting, back to a French text class where you&39;re dealing with an elliptical complex text from a news magazine – I could go on. You have also presumably spent time in other countries, and although people often present their year abroad as having been great fun, it is often also been a time of considerable stress, with all of the administrative frustrations and other similar things, not to mention adapting to a wholly different way of life.

I tend to say that students go away aged 20 and return aged 25, with their outlook on life actually considerably changed. So in short, you&39;re showing a capacity to deal with stress anxiety and difference. Oh, and then you come back to your university, and you cope with your final year working in a totally adult manner more in the way of a young employee in an organisation. In Southampton at the least, that&39;s the way things are with final year students, who are really acting as if they are in paid employment, not as if they&39;re ordinary students.

Aside from that, you have all of the skills that you get from the humanities degree: analysing complex material, classifying categorising, comparing different arguments and then composing coherent text. All of these are not just academic skills but skills that are vital in the workplace."

Now for something fun! Eddie Izzard will make you laugh in 4 languages :)

P.S. LOVE this quote from Skyscanner&39;s job descriptions:
"You’re a citizen of the world, so a good grasp of different cultures and ‪#‎languages‬ is precisely what we’re after. We’re growing in over 30 different markets worldwide and counting, so possessing a second language will fire you to the top of the queue."

Choosing an AIESEC Internship for your Year Abroad