Home Articles The Age of Dinosaurs: How did a Year Abroad work before the internet?
Share
Tweet
Write for us

The Age of Dinosaurs: How did a Year Abroad work before the internet? 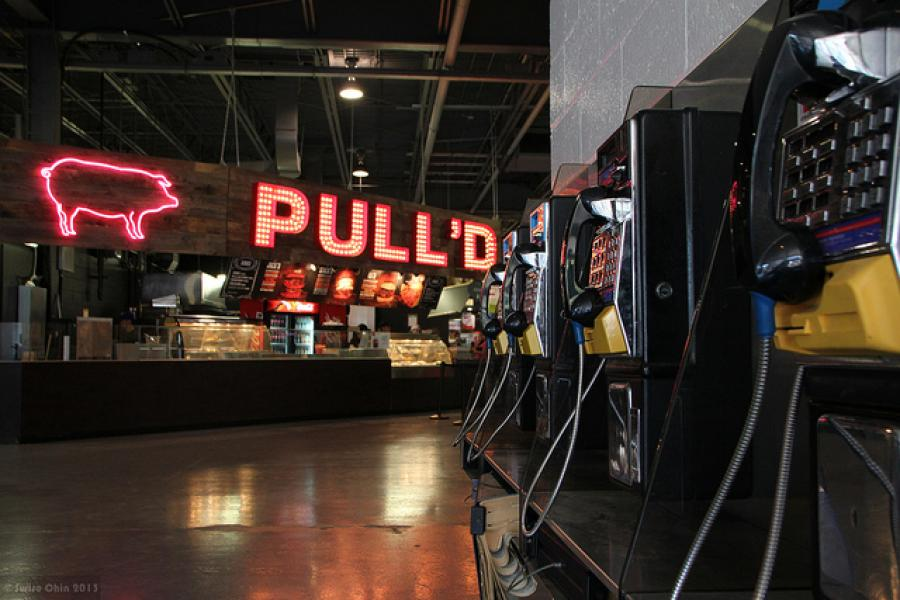 This article was written by Katie Ritson, published on 10th December 2014 and has been read 16509 times.

Munich German Culture Shock
Having a bad day on your year abroad? Why don't you watch an episode of an English TV show, Skype a friend back home or have a browse of some year abroad blogs to help you tackle the blues? Now imagine doing your year abroad when all the things I've just mentioned are not an option - because they haven't been invented yet...

You can’t imagine it, can you? I can’t imagine it either - but I don’t have to, because I’ve been there. I still consider myself young(ish), but my gap-year self would have considered me pretty ancient - no need to go into details, but I did my first year abroad (gap year) in 1998-1999 and my official mid-university year abroad in 2001-2002.

The pace of digital change has been extremely fast, as even you - the digital generation, which I missed being part of by a good five years or so - will have noticed that. The years between my two years abroad were quite eventful. By 2002 internet was an established way of life at my university - no smartphones, and a lot of students still rushed down to the computer room to check emails, as having your own computer and an internet connection in your room was still not the norm, but it was enough for me to miss the access when I live abroad. But 1998… that was a different world.

Imagine this: I was doing my A-Levels in the UK and looking forward to moving abroad, and I didn’t have an email address! A savvy friend suggested I set one up, and together we went and sat at the huge computer in her parents’ study and I registered with hotmail. It took a while, with the modem hissing and beeping away in the corner, but we got it done. Great. I didn’t have internet at home, but hardly anyone else did, either, and so I don’t think I missed it when I moved to Munich. My first room was in a flat inhabited by an older man and his partner, and my means of communication with the outside world was via the letterbox (once I’d realized that I had to stick my name to it for post to find me - it took about ten days before I got my first letter) and the phone in the hallway, which I was allowed to use and then pay monthly by going through the itemized phone bill with a pen.

Letters were my main means of keeping in touch with my friends, but I did get quite good at the hotmail thing. Once or twice a week, I would take a series of escalators to the top of the Karstadt department store, which had an internet café (in reality a single bench with four public computers and a printer) in its electronics department. I sent emails to people individually, because the idea of writing group missives hadn’t really taken off yet - and it wasn’t generally much faster than sending a letter as a means of communication, because few people checked email daily. But it made a change, and there was something magical about typing in a shop in central Munich and having the words beamed back to the UK by means of this new cyber-wizardry.

For my parents, there was the weekly phone call, at their expense, and then there were phone boxes. I must have had a collection of 50 or 60 colourful phone cards by the time I left Germany in 1999, costing 10 or 15 DM apiece. You inserted them into a slot in a public telephone and then chatted while the credit decreased far too quickly and eventually cut you off with a beeping sound. German telephone boxes, unlike British ones, could not be rung up from outside, so there was no real temptation to spin the conversation out.

By 2002, things were already looking a bit different. I was used to daily email access and instead of the phone card collection, I acquired a simcard and a mobile phone. But the family I lodged with had no internet connection, so email was something to access in the week, at work, and on quiet weekends I still found myself trekking across town to the main station, where the newsagent was open on Sunday as well as Saturday, to buy a two-day-old copy of the Guardian for that elusive touch of home. Text messages were expensive and anyway, most of my friends didn’t have telephones - I probably wrote fewer letters than in 1998, but I certainly kept up my supply of envelopes and stamps. I was delighted to discover that it was cheaper to get photos developed in Germany, and so I could even send the odd picture home (four was the maximum number you could fit in an envelope without having to pay for the extra weight) - if they turned out to be any good, of course.

It ought to be much easier nowadays to do the year abroad thing. You can keep in contact with friends and family, send a constant stream of photos back, search for accommodation in online directories and quickly get the measure of new friends on social media. You can watch British TV on youtube and read the news online in any language you fancy. But I’m not sure that it is so much easier. Reading the posts on this page show that there are still plenty of hurdles for students who move abroad, and also that many more students now head for destinations further afield, where the culture shock is greater (and perhaps the internet access less easily available) than here in western Europe.

I think that it was perhaps easier to learn the language in the old, pre-digital days - there was little opportunity to read or listen to English, and many interactions now that can be managed easily on the internet (booking a plane or train ticket, researching a travel destination, purchasing pretty well anything) were necessarily face-to-face interactions with real people. It was less easy to hide in your comfort zone. This was a good thing for students though, because the reverse was also true - studying German in the UK in the mid-1990s, I’d had precious little real contact with the language beyond the annual German exchange organized by my school. There were no German Youtube clips, no radio streaming, no Amazon.de to order books from - for years, I phoned my German exchange friend, Regina, once a year on Christmas Day, with my parents egging me on. That would have been the only time I heard a a German voice for months on end.

I moved back to Germany in 2003, and since then have been comfortably connected to home via wifi (since 2005) and smartphone (2011) - I also now find it hard to imagine how things were before all of this, when booking a flight meant going to a travel agency and my parents and I couldn’t even leave messages for each other because neither party had an answering machine. The digital revolution has changed the way that communication works, and that includes the way we learn and use languages, and I’m glad I caught it (mostly) in my youth. For my children, now aged seven and four, it’s different again - neither of them can even imagine a time when you couldn’t check the bus times on a smartphone. When I explain about growing up without a computer or internet, or what a phonebox is, they look baffled and uncomprehending. I kind of wish I’d held on to those phonecards…

by Melissa Schmidt
Living and working in Germany