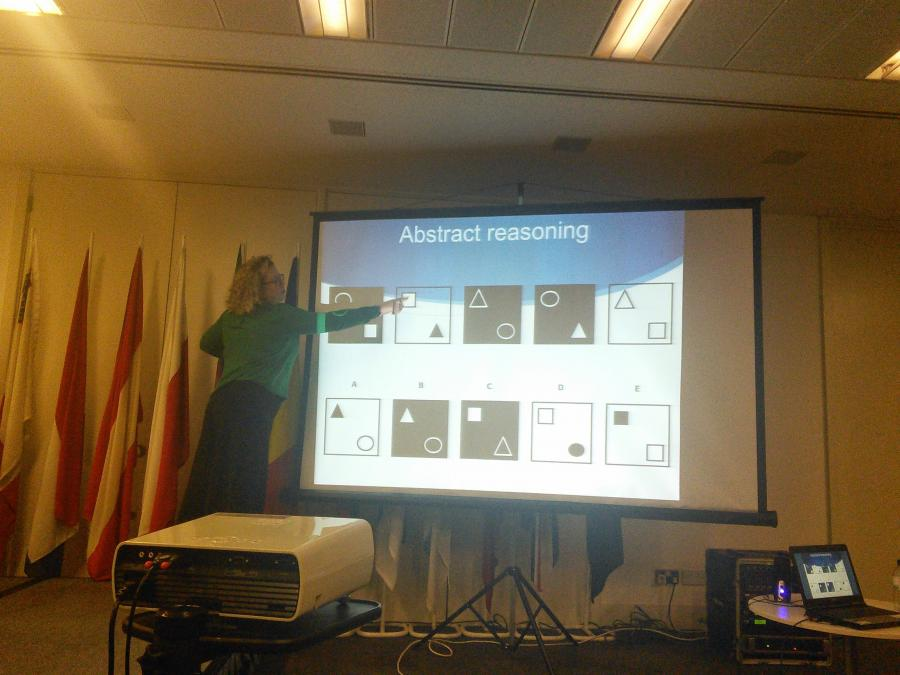 This article was written by Megan Williams, published on 13th April 2015 and has been read 3864 times.

Missed the Discover EU Careers event in London? Not a problem. Megan Williams, EU Careers Ambassador to the University of Liverpool, gives us the lowdown on the day.

On Tuesday 31st March, the FCO, the European Commission Representation in the UK and the European Parliament Information Office organised an event entitled 'Discover EU Careers', ahead of the fast approaching deadline date for AD5 Generalist Applications (21 April). The event was open to anybody interested in pursuing a career with the EU, and featured speakers including David Bearfield, Director of the European Personnel Selection Office (EPSO) and Jackie Minor, Head of Representation at the European Commission Representation to the UK. Also present were EU Civil Servants who spoke about their experiences of applying for and working with the EU and a representative from the EU staffing unit at the FCO who gave some very useful tips on how to get through the selection procedure.

Having been the EU Careers Ambassador for the University of Liverpool for the past 7 months, I thought that there was nothing more I could learn about the EU's recruitment process. However, I came away from the Discover EU Careers event feeling not only more informed, but much less intimidated by the whole selection procedure.

The nine month selection procedure, appropriately named the “concours” or “competition”, has a reputation for being rather demanding. What David Bearfield and the other speakers highlighted was that perseverance and hard work in the concours will ultimately lead to a rich and rewarding career. One theme that seemed to resonate with all the speakers was the responsibility they were given from day one. Jonathan Briggs, a policy officer at DG SANTE, spoke of the satisfaction of meeting and negotiating with major stakeholders, and being involved in formulating EU policy. Another advantage that came across strongly was the flexibility and breadth of opportunities offered to EU employees. Paul Kaye, Languages Officer at the European Commission in London, initially started his career with the EU as a translator with the aim of progressing to work on environmental policy. However, the EU's commitment to professional and personal development allowed him to learn two additional languages and he is now carrying out the vital work of promoting language skills in the UK. Maria Kanellopoulou, Head of Communication, Networks and Partnerships at the EC Representation in London was the final civil servant to speak about her career, or should I say careers, with the EU. It is hard to imagine any one employer who could offer the opportunity for somebody to progress from lawyer, to interpreter to head of communications. Not to mention working in a number of locations, including Brussels, Athens and London (plus a year's sabbatical studying in China!). The civil servants who spoke demonstrated how the work with the institutions is diverse, stimulating and incredibly rewarding…in other words well worth the demands of the concours. 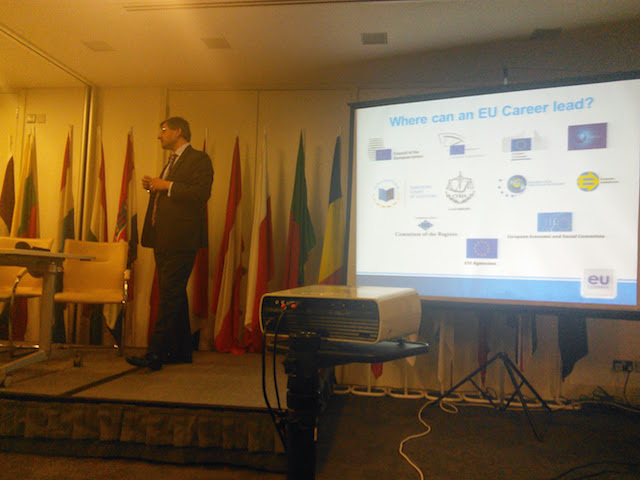 When it came down to the concours itself, was I reassured? It’s safe to say that the speakers did not beat about the bush: it is a competitive process, with a small proportion of the applicants passing onto the reserve list. Despite the challenges however, the insights of the speakers, all of whom have passed the concours, provided a meaningful perspective. A place on the reserve list is attainable: one does not have to be a mathematician to pass numerical reasoning tests, or a brilliant orator to give a satisfactory presentation at the assessment centre. The message that came across repeatedly was that there is a lot you can do to prepare for the tests, and if you are willing to work hard on your area of weakness, it is more than possible to attain the levels required. One of the main tips for passing the Computer Based Testing (CBT) was to manage your time efficiently. The time limits on the tests are often the main source of problems for candidates, but again this is something which can be practiced and perfected. Numerous online tests provide opportunities for prospective candidates to master the CBTs. 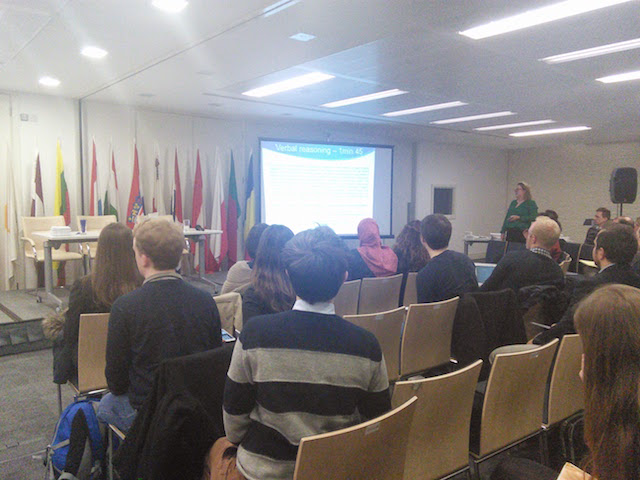 As an EU Careers Ambassador, one of the most recurring questions I am asked is "how good does my second language have to be?” For native English speakers, whose second language has to be either French or German, it is at this point where many face an impasse. Aware of the almost fluent levels of English spoken on the continent, many are deterred from applying for a job where they will be competing with people whom they consider to be bilingual or even multilingual. The speakers at the event clarified that candidates by no means have to be perfectly bilingual to pass the concours. Jonathan brushed up on his A-level French (with a little help from his then French girlfriend) and Paul spent time living in France, Slovakia and Brussels to improve his French and learn Slovak. The level of a candidate's second language should be B2 (in accordance with the European Framework of Reference for Languages), which means having an understanding of the main ideas conveyed across listening reading and writing. This level should be well within reach for those with grounding in a language, and who are committed to improving their knowledge either through study or spending time in the country … A very reassuring message for me to take back to the students in Liverpool! 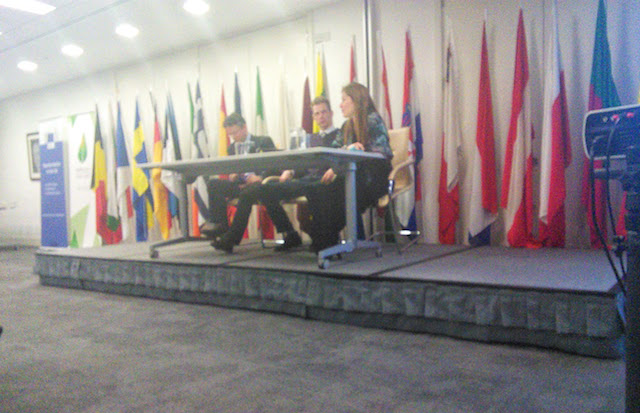 Three clear messages emerged from this event. Firstly, yes the concours is tough. The EU is looking for the brightest minds across 28 Member States, and has formulated the selection procedure to produce high calibre employees for the institutions to serve over 500 million European citizens. Secondly, despite the exacting standards, the concours is not an inescapable maze. The techniques required for the CBT stage can be learnt, language skills developed and the clearly defined competencies allow candidates to prepare for the assessment centre. Thirdly, and most fervently expressed by all of the speakers, was the bright light that lies at the end of the tunnel. The EU offers a career which is unique, with opportunities that would be hard to find in any other organisation. Significant responsibility from day one, fantastic employment conditions, the opportunity to develop or vary your career path and location, and the satisfaction of knowing that you are making a difference for Europeans living across all 28 member states. 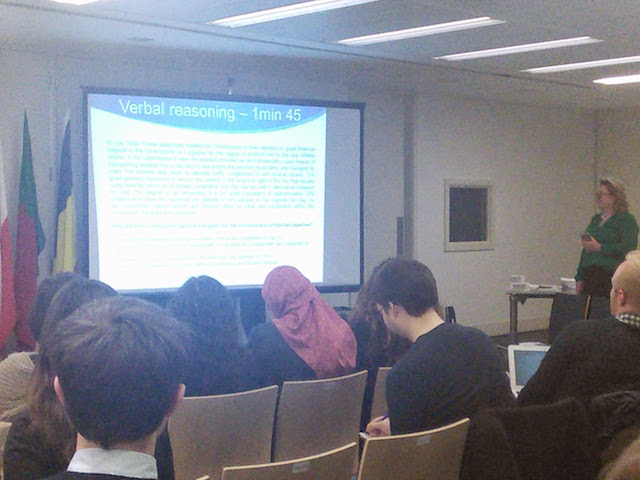