Graduate profiles: Setting up your own business 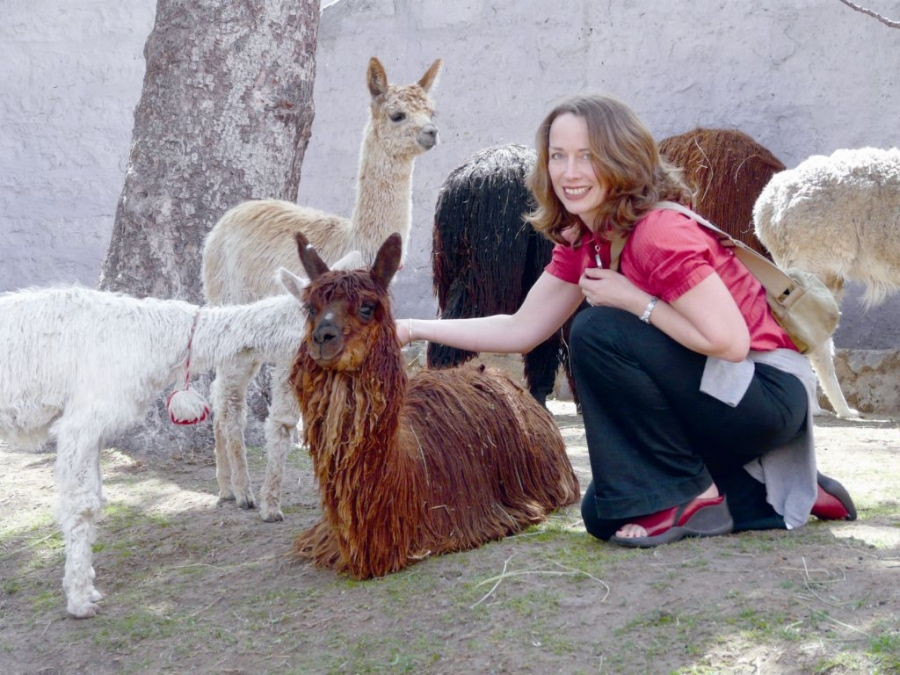 This article was written by Amanda Ruiz, published on 12th October 2010 and has been read 3474 times.

Careers Peru Startup Entrepreneurship
My name is Amanda Ruiz and I went to Oxford Poly to study Languages for Business (LB) back in 1989/90. It was 3 year course with a work placement in the middle. I studied Spanish and French and took a GCSE in Italian. All I knew was that I wanted to work in the wine trade – well who doesn’t like a glass of el vino? And I presumed I would immediately land a job as a buyer for Torres or some other vineyard in South America.

Let me tell you, my route to South America was not so rapid, but I do have a direct plug into Peru as my husband Manuel, is from Lima!

About my course: Fresh from school having taken Spanish, French and English A levels I was suddenly submerged into the business course learning about marketing, the multiplier effect, franchises and mergers (not a lot of this stuck – or so I thought at the time), and we were also taught ‘Business Spanish and Business French’ – so we students began to get a grasp for learning commercial vocab, which was to prove useful in the work placement I had in Madrid in an office called Selex Fotocopiadoras. I was taken on as PA to the Director as well as being English teacher to the staff, which I would do in some of the long lunch breaks that are customary in Spain. As part of my role of PA to the Director I had to sit in on meetings with the Japanese owners of the company and interpret their English into Spanish….let’s say I don’t think my boss always got the thread of what was being interpreted as my skills weren’t quite as honed as they one day would become! Well it’s all practice learning a language, and my favourite part of the work there was interacting with the Spanish co-workers and frequently getting into trouble for being too noisy – so much for reserved English Roses! I was there for the best part of a year and I think that in the end it did greatly help my Spanish. I still have a very good friend, 20….yes 20 years later!

So then it was onto the last year of the LB course and I took a GCSE in Italian which I really enjoyed and passed with flying colours – so this helped enormously with one job where I would go on buying trips to Italian factories. I then graduated from Oxford Poly and then worked for 6 months in Oddbins – the dream of being a wine buyer still living on, whilst I was applying for my dream role of Guide in the British Pavilion at Expo ’92. I got the job and spent 9 amazing months with fellow ex-language graduates giving talks to audiences of 200 at a time in the British Pavilion. After the introduction we would then take the visitors on a guided tour of the pavilion – past the M&S display…past the Land Rover etc (obvious sponsors!) until we reached the final level of the tour which was the fun theatre show. This was a fantastic job, but all too soon it ended, again having perfected the Spanish but not having found work at the Tio Pepe factory where I had then set my eyes on.

Back in the UK I took a temporary job at my mother’s business – a very successful mail order business selling beads and semi precious jewellery from all around the world. I would join her on the buying trips, we went to Italy, France, The Philippines, Morocco, India, Nepal and Peru to name a few countries we visited to see the production of the hand crafted beads, made by skilled artisans using local materials and traditions passed down generations to create the beautiful beads that we would then sell back in the UK as necklace kits or the finished articles. I actually ended up working at Janet Coles Beads for a number of very enjoyable years, and very often would use my languages dealing with the factories and at trade shows.

Little did I know that all these trips were subconsciously training me up to actually one day start up my own business which would be in a similar vein, being creative and working with skilled Peruvian artisans who produce our wonderful alpaca garments. Back in 2002 I met Manuel an MBA student from Manchester Business School – we married in 2004, and had our first child, Felix in 2005 – when Felix was born we were given all these amazingly beautiful bright coloured chullo hats and ponchos made from the indigenous fibre, alpaca, and this is when I had the Eureka moment of designing and importing knitwear direct from factories in Peru.

So it is now, that the LB course has really come into its own as I visit the factories, converse with the artisans, the factory owners, place orders, design, do product development and all of this is conducted in Spanish, so I am thankful for my degree course and the skills I learnt there.

Now it is time for you to test your aural skills….you can be in with the chance to win whatever the guy in the video is saying he is making…read our newsletter, then click on the photo of the artisan, Segundo to Listen and Win!!

Good luck with your studies and enjoy your placements!

Languages and Entrepreneurship: A Guide for Students

Travel Startup - Interview with the Founder of Gadabouting