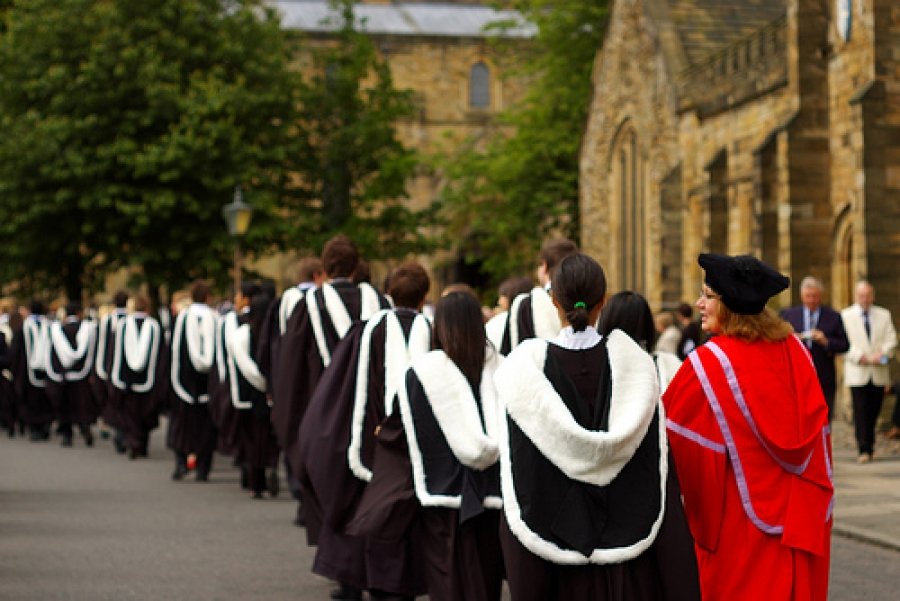 Graduation, what next? by JFMercure

This article was written by Rachel German, published on 28th September 2010 and has been read 21428 times.

Advice Careers
So you’ve graduated, you’ve moved out of your flat share and back in with the parents oh horror of horrors, or maybe you’ve decided to stay in your university town. Either way, the new dilemma facing you will undoubtedly be: what on earth am I going to do next?

Panic, anxiety or depression may all set in as you realise that for every job you apply for, another 100 or more people will be doing so too, perhaps better qualified or luckier than you. And that’s if you’re vaguely focused and know what you want to do. Sure, your French/German/Spanish/Italian/Russian (select as appropriate) may be pretty good, your use of the subjunctive second to none, but who will be impressed by that in today’s job market? You may even find some casual work or an office job, and your language skills will slowly but surely nose dive. But employment is better than no employment, right? (quoth my mother anyway).

I graduated from the University of Sussex with a 2.1 in Anthropology and Spanish. After finishing, I interned at Amnesty International for 6 months in the Fundraising department.Due to severe lack of monies (and an unmentionable job involving peanut and butter), I left and started working at Sextant Properties as an Admin Assistant. I speak French all the time but sadly no Spanish, but it is vaguely language related, so at least it ticks some of the job boxes. The truth is, if you’re not into your graduate schemes, the job market’s a pretty hard nut to crack, as your language skills perhaps don’t equate to a particular job type...

I’ve spoken to a few friends who all finished either in 2008 or 2009, and are all up to something interesting:

Lisa studied Media Studies, Spanish and French, and spent her year abroad in Seville, studying there. After completing her degree she opted for a PGCE at UEL (University of East London) and lived at home in North London. Now many people do decide to go down this route, but Lisa specialised in modern Foreign Languages so that she could teach her future classes the lingo. She’s just started teaching year 5 in a primary school in Essex, and they adore the Spanish lessons. She’s also just started private tutoring a 7 year old in Spanish too - a great idea to make extra pennies and keep a good grasp of your chosen language’s vocab, grammar and syntax.

Mike studied Single Honours French at Durham. He spent his year abroad studying, in Guadeloupe (alright for some!), and thought he needed an extra qualification under his belt, once he’d graduated. He chose to do a Law conversion course at the BPP, in London, after deferring his entry for a year so that he could go travelling and get some experience in charity work, as he wants to specialise in Human Rights in his career.

Lou also studied Media Studies and Spanish, spending her year abroad in Madrid. After finishing her BA she did a TEFL course in the UK then got a job as an English auxiliary at a primary school in Madrid, for a year. This summer she worked at a summer school in a haunted monastery (why not) in the middle of the Spanish countryside and is now back in Madrid to teach at another school. Simples.

Peach did Law with Spanish. She spent her year abroad in Madrid, and got a first for her degree. She decided to stay in Brighton and interned at Tony Potter Publishing, a children’s book publishers. After three months they gave in and offered her a job as a Rights Assistant- this means she sells the rights to books to publishers abroad. She works with publishers in Spain, Portugal, Latin America and Greece, meaning she gets to use her Spanish every day. Perfecto.

James studied French and Philosophy at Bristol. He worked at an art auctioneer’s in France over his year abroad, before moving on to work within a contemporary art gallery, once finishing his degree. He regularly speaks French with clients and artists, and also travels to Paris quite regularly.

Justin studied Russian and German at King’s College. He worked as an intern for a newspaper in Russia, before studying in Berlin. He has now interned for the European Commission, and plans on working in international relations in the future.

Mary did a degree in French and Politics at Bristol. She worked for a fashion TV channel on her year abroad, mainly translating articles and interviews. Once graduating, she worked in PR for a year, but chose to apply for graduate schemes as a Management Consultant. She is living proof that you can apply and get accepted onto grad schemes, regardless of what course you’ve studied.

Claire studied Media Studies and Spanish, with a third year abroad in Seville. Post degree she worked at a summer school in Shrewsbury, then did a CELTA in Brighton. After a short period of unemployment she went to Madrid and worked in International House, teaching English to adults, kids, companies etc. This summer she went back to the summer school for another stint of teaching, and is now back in Madrid.

Lottie read French and History at Leeds. After graduating she worked in a restaurant until October, when she got a job as resort manager in the La Tania ski resort. She was in charge of five chalets, managing staff and guests as well as liaising with French suppliers and builders. This May she returned to the UK but not for long as she then went to Madrid and did a CELTA course, to have another qualification under her belt. She is currently interning for a French property company in London, so still gets to practise her French on a daily basis. In a couple of months she’ll be back in French for another ski season.

So there you have it, there are many paths to choose from, it's just a question of seeing what's out there...

5 reasons why a year abroad benefits your CV