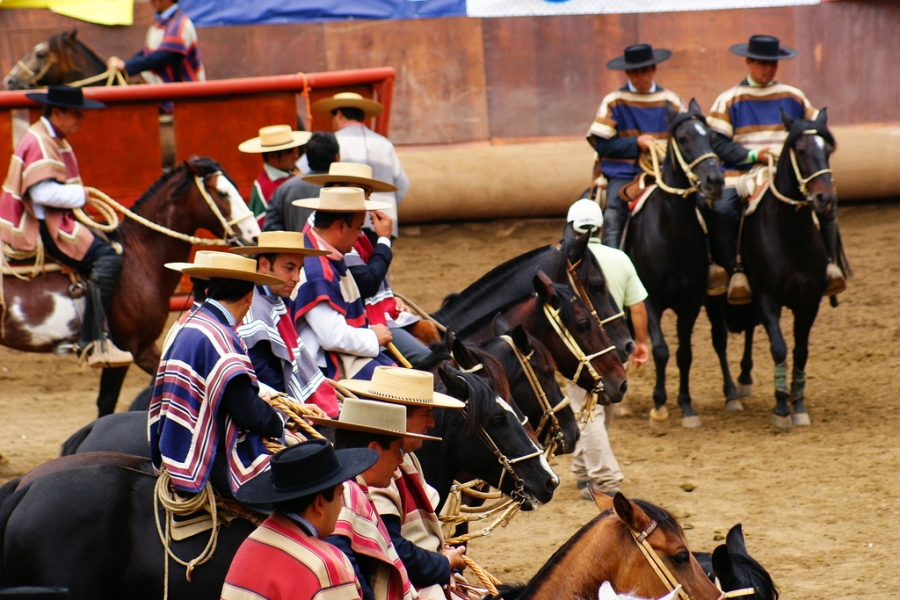 This article was written by Nick Goodchild, published on 22nd June 2010 and has been read 4972 times.

Chile Nick's Chilean Journal
Soundtrack: I am heavily indebted to J for introducing me to Fever Ray, whose album I listened to at least 6 times while staying there. It had been a while since I arrived back from my trip to Patagonia. For two months I hung out in Santiago absorbing the sights and the sunshine, keeping myself entertained and doing some paid work here and there. But at the same time I was getting restless. I wasn’t going to be here forever, and I wanted to see more, go somewhere new. I had already seen the South, so it was time to swim up stream, to go North. My first stop was La Serena, 6 hours North by bus. J, a friend from England, lives there and said that I could stay with her for a few days. Welcome news to my ears because it meant I didn’t have to pay for accommodation, and I was on a tight budget.
La Serena is a big city, by Chilean standards anyway, sitting on the Pacific coast looking West over nothing but ocean. Tourists head there during the summer for its miles of beautiful beaches. I went during the low season; it was windy and the beaches were deserted, but it didn’t stop me from swimming and getting perplexed looks from the locals. What did they know - us Brits live for the cold choppy seas!

“Isn’t it a bit cold?” someone asked.

“It’s fine! I just couldn’t go too far out because of the huge waves.”

The place had a relaxed small-town bustle to it, shoppers milling about the main streets, and market-stalls run by women who looked like they had been doing it all their lives and were now slightly less enamoured with foreigners, like myself, asking for some fresh produce in a distinctly non-Chilean accent. Palm trees fill the main square, giving it an exotic feel, and a band at the corner busking and playing Latin tunes only added to the easy-going atmosphere.

But the town was not my first port of call. No sooner had I stepped off the bus than I was greeted by J and two of her friends and taken straight to the Elqui Valley. The Elqui Valley is famous for two things. It was home to the poet Gabriela Mistral, Chile’s other Nobel prize winner for literature, and it is the country’s principal producer of pisco, my new favourite drink. But the drinking would have to wait. It was getting dark, and we had an appointment at the observatory.

Northern Chile has an average of 360 cloudless nights a year because of its arid climate, which makes it perfect for stargazing. The place is full of observatories, both professional and commercial. The big professional ones don’t allow visitors, but fortunately there are plenty of smaller ones that not only let you look through telescopes but give you a lesson in astronomy too. And being up in the hills the sky was completely free of light pollution. We saw so many more stars than you ever could from the city; constellations, galaxies even! Looking at them through the telescope was just like examining a tiny sparkling diamond under a magnifying glass, twinkling bright blue even from thousands of light years away. When you concentrate and really look at them, it suddenly dawns on you just how far away everything is. Incredible. They saved the best for last and took us to their most powerful telescope for a look at Saturn. It just hung there motionless, a beige blob in the inky blackness, its crisp orange rings encircling it. It was unreal, seeing something in vivo, that you would only usually see on a computer screen. Note to reader: observatories are well worth visiting.

The sole purpose of the following day was to take a tour of a pisco distillery, and perform some ‘quality control’ checks on the fine beverage. Where better to do that than the tiny, appropriately named village, Pisco Elqui? Pisco is Chile’s national drink, and they take it seriously. They also squabble constantly with Peru over who first invented it. Only distilleries in Chile’s 3rd and 5th regions, of which the Elqui Valley is the heart, are allowed to call their product pisco: similar to the ‘champagne’ name restriction in France, if it is made anywhere else it can’t be sold as pisco. Or so I heard from the distillery tour guide; however I had already had a few ‘free samples’, and may have misunderstood. We were shown around the warehouses and learned that they make their own wine, specifically from the Muscatel grape, and then distil it to concentrate the flavour and the alcohol. The tour also included a 10 minute film describing the pisco production process from the point of view of a grape, which was worth the entry price on its own.

“Even though I am destined to be squashed, it is worth it so that others can enjoy my delicious sweet taste!” - so said the grape, as J and I cracked up.

The next day we were back at La Serena and I had to amuse myself because it was a Monday and J had to go back to work. She had recommended a few things for me to do like going to museums and parks, but I was stopped in my tracks in mid-afternoon by my bank refusing to let me withdraw any cash. Disaster! Stuck in a strange town with hardly enough money in my pocket even to ride the bus back to J’s house. I sat in the town square to regain some composure. I knew there was still money in my account, it was just the bankers not letting me get at it! I managed to scrape together enough change for the internet cafe, and looked up the phonebanking number for the offending bank. I had to phone England (I could just about afford it) and then after keying in my details and spending five minutes on hold, I finally got through to someone who could unblock my card.

“It's for security purposes,” they explained, by way of apology. The lesson was clear: always make sure to have banking contact details with you, because you never know when the banks might screw you.

Next week - to the heart of the desert.