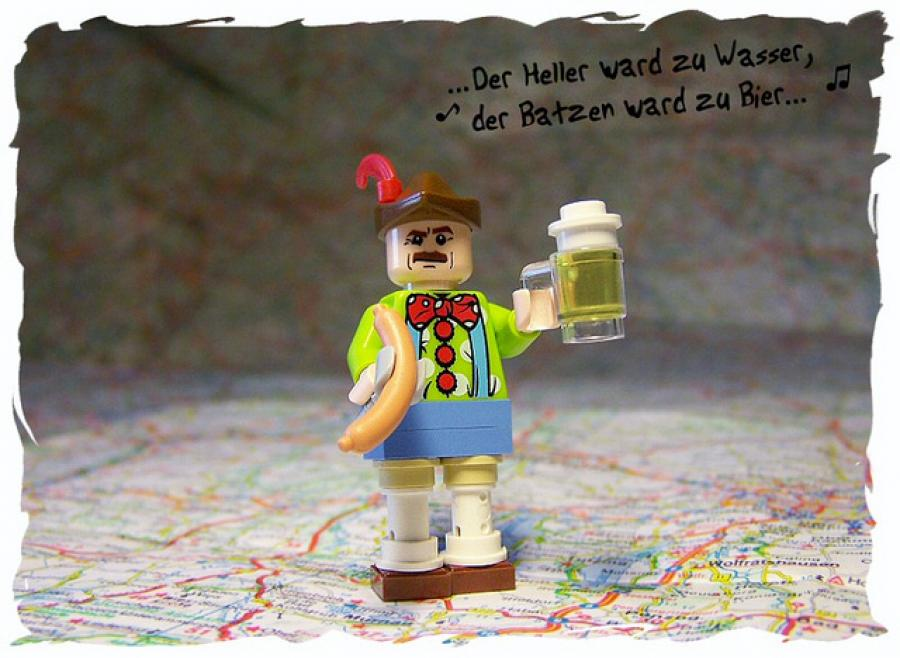 This article was written by Jade Douglas, published on 24th October 2013 and has been read 4570 times.

What connotations spring to mind when you hear the word Germany? A country whose inhabitants while away the days dressed in Lederhosen, drinking Beer out of Stein’s, and eating Wurst and Sauerkraut? A land of strictly organised people whose technological minds have no equal and whose car firms brag about their ‘Vorsprung durch Technik’?

Perhaps a few years ago the answer might have been a country that is still burdened by the heavy load of history. Nowadays, it may be more prudent to paint a picture of a European powerhouse that is bucking the trend of the recession and single-handedly keeping the collective currency of the Euro afloat. Whatever impressions you, as an individual, may have about the Bundesrepublik, it would perhaps be fair to say that most of us only know Germany through stereotypes that have been perpetuated and reinforced by the English media over the past decades. You may pertinently question what is wrong with going by a stereotype. Indeed, there must be a reason why such ideas come about; there must be a basis for such claims. To a certain extent, one could agree with such a hypothesis. However, relying on such dangerously narrow-minded images not only insults the complex and intricate persona that is that of the Germans as a people, but can also lead to many misunderstandings which have a danger of resurfacing old tensions perpetuated by the war generations of yesteryear, who viewed one of our closest European neighbours with such wariness and even contempt.

In the same way that a masterpiece of art cannot and should not be described as a mass of colours on a tablet, neither can the complexity that surrounds the psyche of a nation ever be reduced to a series of throwaway comments. The pure simplicity and shallowness of such an action would render everything that makes the painting individual null and void, and rob it of all the intricate layers that come together to create a fascinating mélange of ideas, inspirations and ideologies.

It goes without saying therefore that in order to really get inside the mindset of what makes Germany the place it is, it is necessary to be open yourself up to the amazing experiences that can be had when spending time in this ever growing, ever changing Federal state which, less than 25 years ago, was still split into two halves that could not have been further removed from one another. Neighbouring in a literal sense they may have been. In a figurative (and indeed ideological) sense however, there were very few similarities to be drawn. Today, these two halves are learning to successfully coexist as one.

Having spent the last 6 months living in Aachen, the most westerly city in Germany, it is fair to say that I have had my share of amazing experiences and have gained many insights into what makes Germany such a completely inspiring and enjoyable place to live. The reality of it is that this is a place where the idea of the stern, viciously organised ‘standard’ German could not be further removed from reality. In fact, in general, it would not be wrong to say that there could not possibly be a people who are more relaxed, friendly and open than the inhabitants of North Rhine Westphalia, who have been nothing less than the most welcoming hosts I could have ever imagined.

Indeed, it could be argued that the biggest myth of all is that of German adherence to time and making sure everything runs smoothly. You only have to walk into any station in the area to see trains running late and even (God forbid), being cancelled altogether! In my opinion, this would not be taken as acceptable in England; maybe even making the front pages of the news. What do the Germans think however? Egal. (‘whatever’, for all the non-speakers out there). Yes, it seems that Germans are much more patient and less likely to have a good moan that the stiff-upper lip Brits that we know and love. Germany; you never ceased to amaze me from the minute I arrived and did not stop until the moment I left 9 months later. Indeed, I miss everything that makes Germany exactly what it is today: Deutschland, you have stolen my heart.