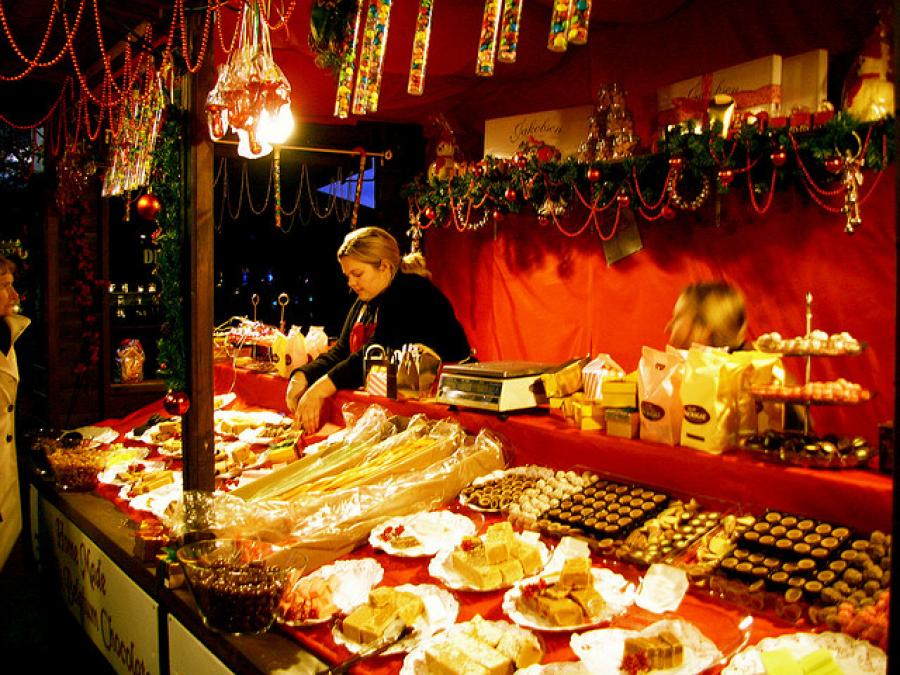 This article was written by Global Graduates, published on 3rd November 2014 and has been read 4195 times.

German YearOverHere
German speakers, check out this page for resources and UK-based event listings to help you practice your language skills and immerse yourself in German culture!   Think we've missed something? Click here to send us your suggestions for listings!

Use ListenLive to listen to German radio  A handy list of German newspapers The Goethe Institut is a great resource for events, language classes and a German library The Embassy of the Federal Republic of Germany London website is fantastic for news, information and cultural events.

Cultural events across the UK!

After her success with Ruddigore and Carousel, Jo Davies returns to Opera North to direct Mozart’s great comedy of class and sex. Richard Burkhard sings the title role, with Silvia Moi as his bride Susanna.

Throughout 2015, there will be a number of events celebrating the life of filmmaker, artist and author Harun Farocki, who died in July 2014. The first will be a screening of his seminal essay film Images of the World and the Inscription of War,which will launch Tate Modern's dedicated film series for the exhibition, Time, Conflict, Photography.

Icelandic artist Sigurður Guðjónsson interrogates the interplay of image, sound and space, while Mariken Kramer (Norway) explores the ‘creation of division’ and scrutinises complex questions of inclusion in contemporary society.

Jan St. Werner is one half of the pioneering German electronic music duo Mouse on Mars.

Rattle and the Philharmoniker perform Sibelius' symphony cycle alongside the composer's Violin Concerto.

Curator and academic Kasper König presents a lecture on Reiner Ruthenbeck's works and his exhibition at the Serpentine Gallery.

This time, Rattles pairs with the Philharmoniker to perform Lachenmann's Tableau for orchestra and Mahler's Symophony No. 2.

The Goethe-Institut will present this programme of two Farocki films, in relation to the Farocki exhibition at the Tate Modern and the anniversaries of WW1 and WW2.

The Goethe-Institut will present this feature length film, in relation to the Farocki exhibition at the Tate Modern and the anniversaries of WW1 and WW2.

The Goethe-Institut will present this feature length film, in connection with a special Farocki event on the 25th February.

Diedrich Diederichsen is an author, music journalist, cultural critic, and professor at the Academy of Fine Arts in Vienna. He is one of Germany’s most renowned intellectual writers at the intersection of the arts, politics, and pop culture. A former editor-in-chief of Spex magazine, his most recent publication Über-Pop-Musik proposes ‘pop’ as an aesthetic category, one constructed by the audience.

The launch of new book Brave New Work will be marked by a screening of Farocki's film A New Product and a conversation between the book's editor Nina Möntmann, cultural critic Diedrich Diedrichsen and artist and curator Kodwo Eshun.

In March, Hans Haacke’s Gift Horse will be installed on the Fourth Plinth in Trafalgar Square. In place of the statue of William IV astride a horse – as was originally planned for the empty plinth – Haacke proposed a skeleton of a strutting horse.

Notes from Lagos portrays six of the city's inhabitants from different walks of life.

A film that sets up and records an experiment that tries to give the business relations between the North and South of Lagos a new direction.

From the safety of luxury hotels in the mega-cities of the world’s emerging economies, they shift capital, companies and jobs. They are three business consultants and the protagonists of Johannes Naber’s sharply scripted and brilliantly acted satire about the neo-colonialist outgrowths of gobal capitalism.

International poets and translators Jamie McKendrick, Michael Hofmann and Jan Wagner discuss the influence of translation on their own writings and contemporary poetry more generally. Considering their positions as both readers and translators, the panel considers the issues concerning the translation of foreign poetry.

Following a successful solo show at the ACF London and a group show at rosenfeld porcini, Austrian sculptor Herbert Golser returns to the gallery with a solo show featuring new works. This is a wonderful opportunity to see Golser's most recent works.

An exhibition dealing with the four elements - earth, water, fire and air. Using interactive examples, it engages pupils directly and showcases what each of us can do to help.

26th June: 4K restoration of The Third Man, cinemas across the UK

The first ever 4K restoration of The Third Man (1949) will open in cinemas across the UK this June. Upon its release in 1949, Carol Reed’s atmospheric thriller instantly became a classic, winning the Grand Prix at Cannes, a BAFTA for Best British Film, and the Oscar for Best Cinematography for Robert Krasker.

The St Albans International Organ Festival will present the Wiener Akademie orchestra, founded and led by distinguished conductor and organist Martin Haselböck. The orchestra prides itself on a wide repertoire ranging from Baroque, Classical, Romantic to early Twentieth-Century music performed on period instruments.

Under its editors, Wolfgang Goertschacher and Andreas Schachermayr, Poetry Salzburg has committed itself to publishing contemporary poetry in English, from poets all over the world. A small selection of recently-published poets, who have all had volumes published by Poetry Salzburg, will read at this Special Edition event at the Poetry Library.

Modern Art Oxford presents the first solo exhibition in the UK of acclaimed Austrian artist Kiki Kogelnik (1935-1997). Fly Me To The Moon surveys the diverse practice of this remarkable artist, focusing in particular on the works produced by Kogelnik during her time in New York in the 1960s and 1970s. The exhibition includes a number of paintings, sculptures and drawings which reflect the tumult of the Cold War era, when the Space Race was at its height and fears of nuclear annihilation were growing.

The Orgelbuechlein Project goes to the Edinburgh Festival with Bach Hours, a special three-part concert. Rare chance to hear Bach's uplifting Orgelbüchlein (Little Organ Book) complete, plus a dozen modern contributions to the Orgelbüchlein Project – the project aiming to fill the 118 blank pages in Bach's collection. Each piece is a miniature gem, capturing in a mere moment a world of image, symbolism and emotion.

Modern Art Oxford presents the first solo exhibition in the UK of acclaimed Austrian artist Kiki Kogelnik (1935-1997). The exhibition includes a number of paintings, sculptures and drawings which reflect the tumult of the Cold War era, when the Space Race was at its height and fears of nuclear annihilation were growing.

Volta International Play Festival debuts this year with five new plays by award-winning writers from across the world translated into English for the first time. The festival will be staged at the Arcola Theatre in Hackney and features ‘Hamlet is Dead. No Gravity’ by Austrian playwright Ewald Palmetshofer directed by VOLTA artistic director Andrea Ferran. Something’s rotten in Mani and Dani’s childhood home. Bine and Oli got married, but did they make the right choice? Kurt has a secret, and his wife Caro knows it. Hannes is dead, but who pulled the trigger?

On the occasion of the 200-year-anniversary of the Congress of Vienna, the Austrian Cultural Forum London is pleased to host this one day conference, organised by Jonathan Kwan (University of Nottingham). In the 200 years since the Congress of Vienna redrew the map of Europe there have been many contrasting views on its functioning, achievements and legacy. This conference provides an opportunity to reflect on the exisiting scholarship and points to new directions in research.

The next New Artists recital presents the outstanding young baritone Rafael Fingerlos: an artist making a real name for himself in his native Austria. Born in Salzburg, he took both first prize and the audience award at the 2013 Franz Schubert competition in Styria. He will be accompanied by Bernadette Bartos, a pianist who made her Musikverein debut as the soloist in Beethoven’s 3rd piano concerto but also has an international career in chamber music and song – not least as an accompanist for Wolfgang Holzmair.