Home Articles A Week in the Life: Studying German Law in Berlin
Share
Tweet
Write for us

A Week in the Life: Studying German Law in Berlin 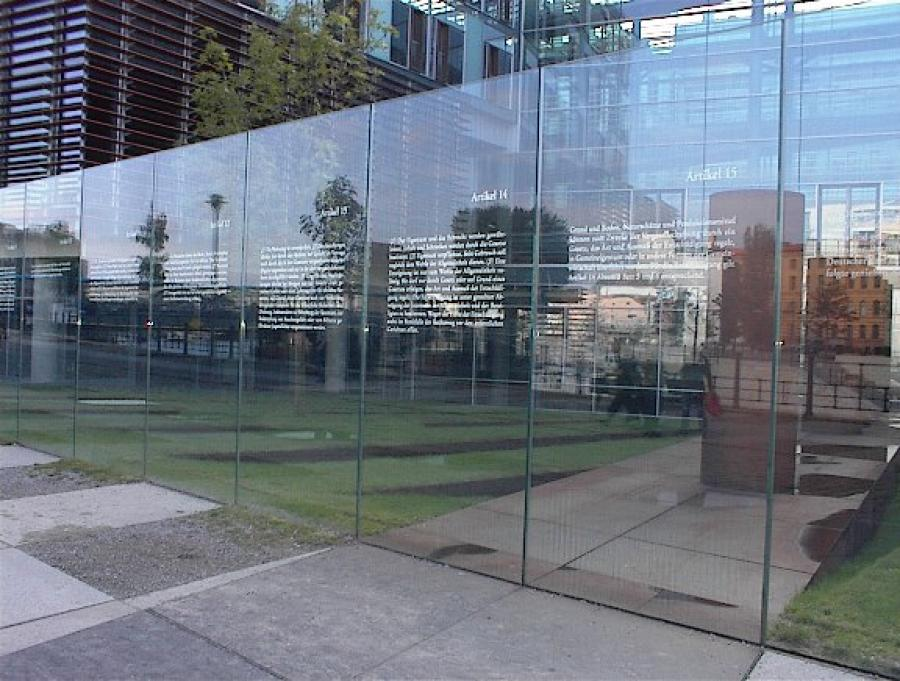 First rules of German Law, Berlin by Dancing with Ghosts

This article was written by Nathan-Aarash Akhavan-Moossavi, published on 25th March 2012 and has been read 5892 times.

Welcome to my week in the life of a Law with German student living in Berlin for my year abroad! As with all language students, a year abroad is a compulsory part of the degree and with my combination it is compulsory to spend the year abroad studying German Law in German. I chose to study at Berlin because our University has a link with Freie Universität as well as the fact that I’d been to Berlin before so knew what the city was like.

Monday
Monday mornings are never fun! I have a full day of university today! After the usual morning routine I set off from my flat near Ostbahnhof (in Friedrichshain-Kreuzberg) and make my way to the station. After an S-Bahn and two U-Bahns I am at Freie Universität’s law department for 90 minutes of Constitutional Law beginning at 10.15am. After what seems like ages (90 minute lectures seem so much longer) it’s off to the Mensa (canteen) to eat. As a classic example of bureaucratic Germany, you can only pay with a pre-loaded card and strictly NO CASH is accepted at the till. But then again, there is a lot to choose from! Now back to the law building and off for Civil Law, taught by a lecturer who is also a judge (very common around Germany, three of my lecturers are judges). Time for my language course which I’m doing just to mix things up, but I don’t count the credits because it’s not a law module. Finally, at 6pm it’s time to make the trip home, ready for a similar setup on Tuesday.

Tuesday
Tuesdays are generally rather quiet. 10am-2pm lectures and then I'm off to run errands. Today it’s transferring money to the University for my second semester fees, goodbye €200, but it includes my train ticket so it’s really good value. After this, I spend the rest of the day stuck in textbooks, reading pages after pages of complicated legal German… headache!

Wednesday
Lie-in day! Well, so long as I don’t have to get up to do some work, which rarely happens. I'm up at around 9am ready to continue reading and making notes from my textbooks. Doing language coursework before heading into uni for 4pm to have my language class. I end up travelling for more time than I am actually in the class but that’s how it goes.

Thursday
Another long day, despite not starting uni until 12pm. Today we have two 90-minute lectures of German Criminal Law and then a 90-minute Civil Law seminar. So much legal German, so many long words. Also found out that we will be sitting the same Criminal Law exam as the Germans, without being allowed a dictionary! Nerves have set in. After the seminar with a very funny lecturer it’s off home.

Friday
Day off! Day to take things slowly and to do work at home. Lecture notes, PowerPoint notes and textbook notes are all on the to-do list today. However tonight we’re having a flat party and going to Fritz which is around the corner from where I live. After what seems like a lifetime, the evening has rolled round! Flat party goes as well as ever, and off to Fritz for €3 entry with my Student ID! Berliners go out from 12.30am onwards, much different to back home! After being out for five hours, time to make it home and I eventually get back between 5am-6am. Sleep!

Saturday
Pass me water! Waking up around 12/1pm and very disorientated. After finding food and stumbling around, I decide to head out and enjoy some of the Berlin weather. Off to Mauerpark with beautiful gorgeous weather! Stalls, food and karaoke, sitting on a hill and passing the day by. Beautiful! Time for some Kaffe und Kuchen (coffee and cake) on Simon-Dach-Straße in Warschauer Straße.

Sunday
Continuing to enjoy the weather by wandering around Berlin with friends taking in the sights. East Side Gallery, Rotes Rathaus, Fernsehturm, Berliner Dom, Reichstag, Brandenburger Tor, sitting by the river, sitting in parks and having lunch in an Irish Pub. Berlin is the place to be!

by Charlotte Bull
Living and working in Germany

Paperwork, to-do-lists and a very hyped up girl heading for Berlin soon!