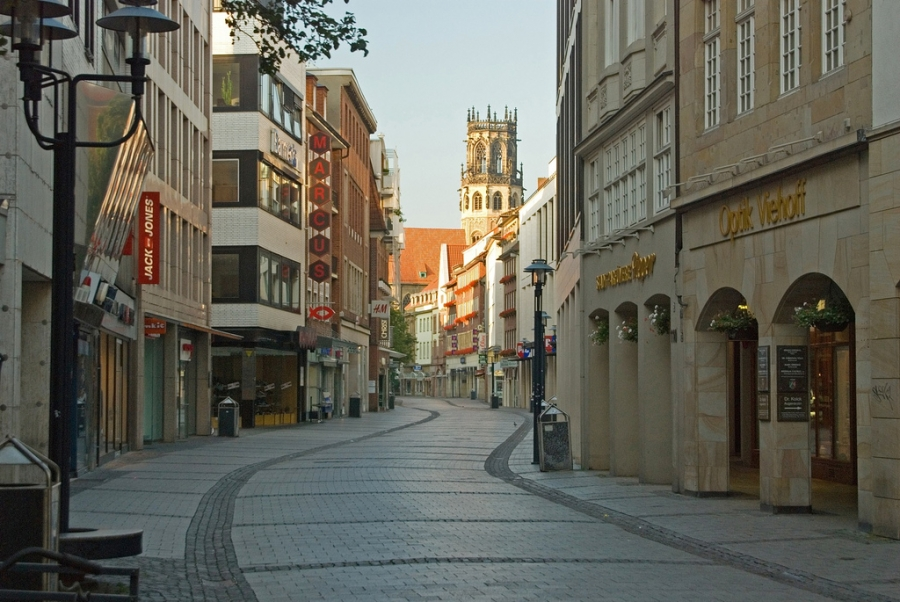 Munster, Germany by pickselated / Jim (away)

This article was written by Katie Ritson, published on 25th June 2012 and has been read 15327 times.

German Languages Germany
German has a bit of a problem with being a “boring” language - compared to Spanish, which is spoken in the Americas as well as Europe, and French, with its historic influence in Africa and across the globe, German can seem a bit, well, parochial. Its reach is confined almost exclusively to northern and central Europe, where there is a distinct lack of tropical beaches, political unrest, and postcolonial tension. But within the seemingly homogenous German-speaking world, there is a wealth of dialectal colour and ethnographic and linguistic interest - read on here for a taste of the exotic side of the German language...
What’s the difference anyway between a language and a dialect? The distinction might sound clear-cut, but it’s often closely link to national and political aims. Why else is standard German considered to come from somewhere around Hannover? And why is Dutch an entire separate language, whereas the equally distantly-related Schwyzerdutsch (Swiss German) is considered a mere dialect? The German language, such as it is, reflects a nation only recently born out of a patchwork of duchies and free cities stretching from the north of Italy to the south of Denmark, spilling over the Rhine westwards and the Oder eastwards (not to mention historic German enclaves in Siebenbürgen in Romania, and the US state Pennsylvania, to name just two far-flung examples). If you are looking to spice up your German, you could do worse than go to Brixen or Bozen (which are in Italy, where you can sip wonderful wine whilst listening to the lilting, rustic hill dialect of Südtirolerisch), or to Basel, where the inhabitants speak in singsong Schwyzerdutsch; meanwhile, if you head to Flensburg, you can hear both the regional Plattdeutsch and native Danish spoken by a quarter of the population. Besides the strong regional forms of the language, some cities still preserve their own distinctive forms of speech, with Viennese, Berlinerisch, and Kölsch (Cologne) being amongst the proudest contenders for vibrant urban dialects.

For students of German, this can lead to confusion. If you’ve learned German in school, and head for a bakery for breakfast on your first morning in Munich, it may be a bit of shock, once you’ve got over the titters at your cheerful “Guten Tag!” (in Bavaria, the correct greeting is Grüß Gott or a variant, e.g. Griaß Eahna!) to get blank looks when you ask for Brötchen (Bairish: Semmel). Although it’s probably not as bad as being in Salzburg and discovering that the Palatschinken you ordered for your lunch is in fact a pancake, and that the exotic-sounding Paradeiser in your salad are mere Tomaten. Or indeed, being in the Tirol and being offered the ominous-sounding Schlutzkrapfen for dinnner (don’t worry, it’s delicious).

Although the area around Hannover prides itself on its allegedly pure form of spoken German, it merely marks a convenient midpoint on the dialect map, reasonably equidistant from most of the broad dialect areas - Alemannic in the west and south, Austro-Bavarian to the south and east, Frisian in the north-west, and so on. There is no part of Germany that is immune to regional forms of the language, and one of the best things about living there for a while is picking up an authentic regional variant of your own. If you spend a year in Germany, the chances are you will end up speaking a form of the language which will mark you for life, betraying your age, politics, and your language-learner roots in a particular part of the country.

So, when you’re on your year abroad in, say, Heidelberg and you see the Facebook photos of year-abroaders in other parts of the world, dancing salsa in Cuba or experiencing -35 degrees in Moscow, don’t fall victim to envy. Simply get on a train and head for Meran or Husum, Graz or Ulm, Strasbourg or Berlin. Go to a restaurant, let yourself be seduced by the exotic names and the fascinatingly incomprensible local words. And have a beer. (whether Helles, Pils, Weizn, or Birli.) For you should never forget, not only has Germany (linguistic rather than geographic definition) got a huge range of dialects at its disposal, it also has the best beer.