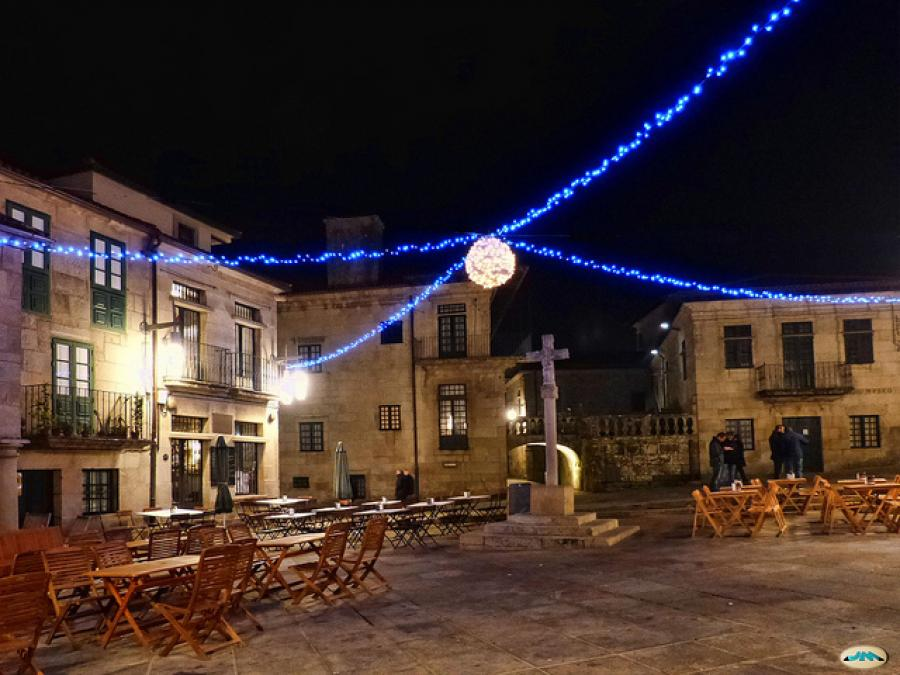 This article was written by Jack Nathan, published on 21st November 2014 and has been read 3322 times.

Spain Living and working in Spain Language Assistant Galicia
In Part IV of Jack's year abroad, he has exchanged the beer gardens of Bonn for the cobbled streets of Galicia and is finding the nightlife something of a shock...

October 2012. Part II of Jack Nathan Nuttgens’ Year Abroad. I had finished my translation placement in Bonn, Germany, and eight months as an English Language Assistant in Pontevedra, Galicia, awaited.

I chose Galicia (my second choice, behind Andalucía and ahead of Navarra) because I heard it was easiest to get placed in a primary school there, and I preferred the idea of teaching young children to teenagers. Arriving in Vigo, I had heard of Celta Vigo, Deportivo La Coruña, the Camino de Santiago, knew that Galician was a language (not a dialect) and had a vague idea what a ría was. I had never heard of the chestnut festival (can’t remember what it was called), pulpo a la feira, membrillo, Rosalía de Castro, pimientos de Padrón, Carnaval, the Praia das Catedrais or the Entierro de la Sardina.

I arrived on the Thursday and Merchi, one of the school’s three English teachers, picked me up from Vigo airport and put me up in her house until I found somewhere to live. My first impressions of Pontevedra and Galicia were that they were very beautiful- the twenty minute drive from Vigo was stunning- and surprisingly green (my only previous experience of Spain being based on Menorca and Sitges in Cataluña).

Merchi and her family were welcoming, taking time to show me round Pontevedra and the nearby countryside, and that weekend I prepared a presentation about myself for my first classes, while my sister Wednesday, in Sheffield, (not her real name, surprisingly) suggested the most inappropriate pictures from my Facebook that she could think of.

One thing that confused me about my arrival was that when we got up in the morning, it was already dark, but stayed light for a surprisingly long time, and I found out eventually that although, as part of Spain, Galicia was an hour ahead of the UK, it was actually further west.

On the Monday, school started, as did the awkward temptation, at the age of 20, to ask your peers “How was school?” instead of “How was work?”. The children- who were, it turned out, mainly secondary school pupils, were intrigued by my presentation, mainly because both Wednesday and my best friend James, whom I showed in it, had dyed hair (hers was red, his was blue), and wanted to know whether this was normal in the UK. Also included in the presentation were Sean Bean, Jessica Ennis and Higger Tor in the Peak District.

On the Tuesday I looked at a flat in the old part of Pontevedra, and on the Thursday I moved in. My new flatmates were German (pronounced Hhher-man), sound engineer, ladies’ man and entrepreneur who lived in Santiago during the week, and two other auxiliares de conversación. One of these were film obsessive Tyler, 24, from San Diego, returning to Europe after a years’ teaching in Hungary, and Ryan, 22, from Scotland. He had an incredibly soothing mid-Scottish accent that embarrassed me the first time I met him- he told me that he came from somewhere that sounded like Stllen, causing me to have a shamefully English moment of over-enunciating “Do you mean… Stirling?” For the first few weeks, he spoke to me only in Spanish to try to force me to practice. My idea that all the auxiliares would be second-year students from the UK turned out to be totally wrong, and in fact not a single person I met in Galicia fitted that profile.

The Spanish nightlife was not something that I was prepared for. Having lived in Sheffield, Newcastle and Bonn, I thought that a city of 80,000 people couldn’t have much in the way of bars, not counting on the fact that Spain has the highest concentration of them in the world. A night out began at twelve or one, and ended at four or five, and I was something of a lightweight (I once found myself sitting on a wet bench and eating a kebab at half past seven with Ryan, and it was nowhere near getting light). And whereas in Newcastle one was meant to grin and try to combat the cold by drinking as much as possible, in Galicia taking an umbrella on a night out was normal, and most of my friends had the experience of leaving an umbrella in a busy bar or finding it gone. One memorable night (for me, anyway) featured Ryan putting me on his shoulders and walking through the cobbled streets chanting “King Jack!”) Another time, when Tyler’s friend Mike came to visit, we ended the night at a blacked-out kebab shop, where an Indian man took our orders, which emerged through the open window. A police car crawled past, taking up most of the street, and Mike informed me gravely that they were open past their legal time for licensing reasons.

Realising that I was socialising with mainly English teachers, I joined a karate club. The instructor insisted, quite unfairly, I thought, that I had to buy a gi immediately on joining the club (as I mentioned in the previous blogs, I was already practising Shotokan at the time). The dojo the opposite of the harsh wooden boards in Bad Godesberg, being the same texture as a Softplay, making the kata quite awkward for me. One of the 11-year-olds from school was delighted to see me and to discover that he was a higher grade than me. The instructor also had a habit of telling me things very slowly, and I felt that the Japanese Buddhist principle of teachers being someone to whom you owe an indelible debt was all very well, but there was no need to act quite so patronising towards the only non-Spaniard in the class (for some reason, he thought that I was Irish; one of the instructors in Bad Godesberg had thought that I was French).

In the meantime, issues with Skype led to me having to email updates to my parents, who were very confused about why I had to pay a deposit to “German” and started to think that Ulrike in Bad Godesberg hadn’t returned my deposit. My pupils had the opposite thought process when I showed them a mock-up of my Year 11 timetable, and wanted to know who “German” was and why English children had to study him for two hours a week. My favourite class were Primero of Secondary, or Year Eight, which every teacher usually dislikes, because they made me laugh. There was a girl in the class who laughed uncontrollably whenever I asked her a questions, and on my first day, I had to tell one of the boys to remove the pair of scissors that he had somehow balanced in one of his nostrils. Teaching, I reflected, was a good deal more varied than proofreading.

Pre-departure panics of a Language Assistant