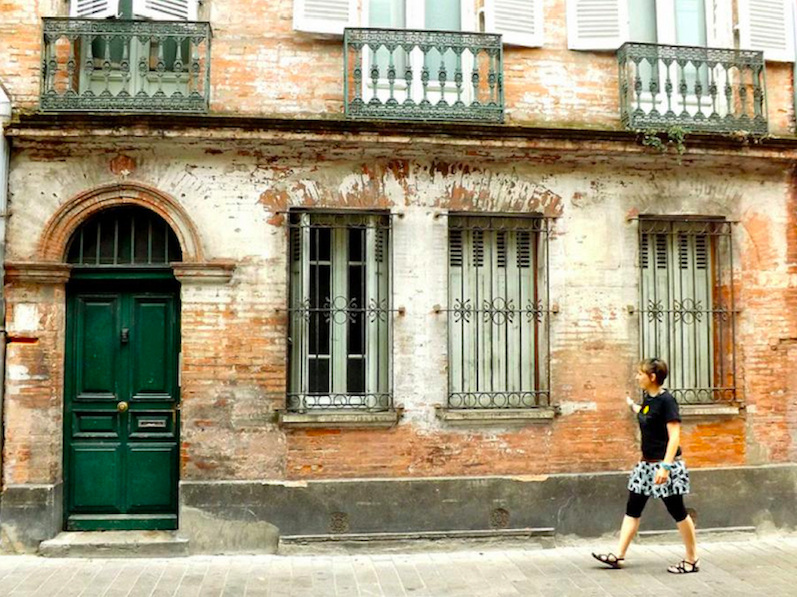 This article was written by Eleanor Gill, published on 18th August 2016 and has been read 40686 times.

Eleanor is studying for a BA in Law with French and French Law at the University of Nottingham. She has just returned from her Erasmus year studying Law in French at the Université Toulouse 1 Capitole, where she wrote a brilliant blog. Here is her advice about finding student accommodation in Toulouse.

Now my second year of uni is finished, I’ve got a ton of free time on my hands. So, what have I been doing with it? Going on exciting travels around Europe? Nope. Partying out with friends every night? Definitely not. Sunbathing? Kind of (if you count sitting in the garden…). Actually, so far I’ve spent most of my summer holiday trawling the web for accommodation in Toulouse. I can’t help thinking that the process would have been less stressful and time-consuming if I’d have had a handy bunch of hints and tips at my disposal to guide me through the process– so I hope you find my version of this of some help! (and if you’re reading this without the intention of setting up home in Toulouse, then you can have a good laugh at all the things you haven’t had to do this summer, whilst you’re lying on some sunny Mediterranean beach thinking about the amazing night out you had a few hours before…)

1. Start early, but not too early! AND know what you want

In Nottingham, I started searching for private rented accommodation after my January exams, but I know some people who had signed even before the Christmas holidays! In France, it would be highly unlikely you’d find somewhere this early – the landlords are much more relaxed about finding next academic year’s tenants. Instead, use your time to decide what kind of accommodation you want. For me, four options appealed: university halls, private halls, flat-sharing (or colocation in French) or renting a studio apartment.

As I’d applied to the university very near to the deadline, it was almost a given I’d not be allocated university halls accommodation, as there are not many spaces available.

At first, private halls looked attractive – the ease, simplicity and certainty of reserving a room appealed to me, but after doing further research (tips explained below) I decided against – from what I read/heard/saw, the rooms are tiny (some were only 8m2!) and expensive for what they are, the walls are thin, the inhabitants are mainly Erasmus/foreign students so the ‘universal’ language (that’s English!) is widely spoken, and the locations were not great regarding proximity to the Faculté de droit, centre ville, metro etc.

Many French students go to university in their home town, and so will still be surrounded by friends they’ve grown up with. There’s no need for most of them to move away from the family home as they can easily commute to university. If they do want to live independently, from my research it seems the majority opt for a T1 (studio apartment) in the centre of town. This has many advantages; close to shops, bars, restaurants etc., all of which appealed to me, too. What’s more, the rent is normally slightly cheaper than halls and the same price as a flat-share. However, I’ve never lived on my own in England before, so doing so for the first time in a foreign country would be a bit daunting! Also, living on my own would give me lots of control over how much French I spoke, which is not necessarily a good thing…

So, in the end I decided to go for colocation, preferably with at least one French person. This will (hopefully) force me to speak French, and works out as the most economical option. Also I&39;m used to this way of living, after having spent my second year in Nottingham in a shared house.

Of course, everyone is different and one of the other accommodation options may suit you more. I suggest doing as much independent research as possible so you can make your own informed decision about where to live.

Clichéd, I know, but it really applies here! Make use of all existing contacts who might know of accommodation – even if there’s only a slim chance, there is absolutely no harm in asking. I’ve contacted French friends, whether in Toulouse or not, friends of friends, Nottingham students currently on their year abroad in Toulouse, even my old French teacher! I avoided much trawling by being directed to several websites advertising flat shares (see links below) and Facebook groups (which are more active than you might initially think). I also found out which quartiers (areas) to look in and which to avoid, and was given the contact details of several landlords. Overall, this was probably the least time-consuming and most productive thing I did during my search for accommodation.

If you are going to France to improve your French but you email landlords/post ‘wanted’ adverts in English, you are: a) narrowing your search to only those who understand# English; b) coming across as rude; and c) missing a brilliant opportunity to get used to communicating in French. I know it’s easier said than done, but do try to see your accommodation search not as a daunting test of your conversational abilities but rather as a warm-up to your year abroad. I’ve learned a ton of vocabulary, got to grips with writing formal emails and become much more confident in my French verbal communication abilities. From my experience, if you do make a few errors ce n’est pas grave! The landlords understand you’re not French and will be patient with you. (After all, you are a potential source of income for them, whatever your native language is…)

4. Be aware of any financial help you are entitled to

Most UK students who are studying/working abroad at a participating Erasmus institution are entitled to a grant – yes, a grant! That’s money you never have to pay back, which from my experience of being a student is a somewhat rare occurrence nowadays! What’s more, EU students may also be entitled to housing benefit called The CAF from the French Government, which can reduce your rent by a substantial amount. This takes two forms: APL (l&39;Aide Personnalisée au Logement) or ALS (l’Allocation Logement Social). More information can be found by following the links below...

Facebook groups (correct and greatly used as of time of writing):

There may be other Facebook groups I’m unaware of – if anyone knows of any more, feel free to comment below!

How do you secure an appartment in france without a french guarantor?

You'll get around not having a French guarantor if you rent privately - your landlord might just ask for a couple of months of rent in advance. Agencies are the worst for letting you rent without a Fr...

How not to do a first day: Erasmus in France

Studying instead of working - the “easy” option?