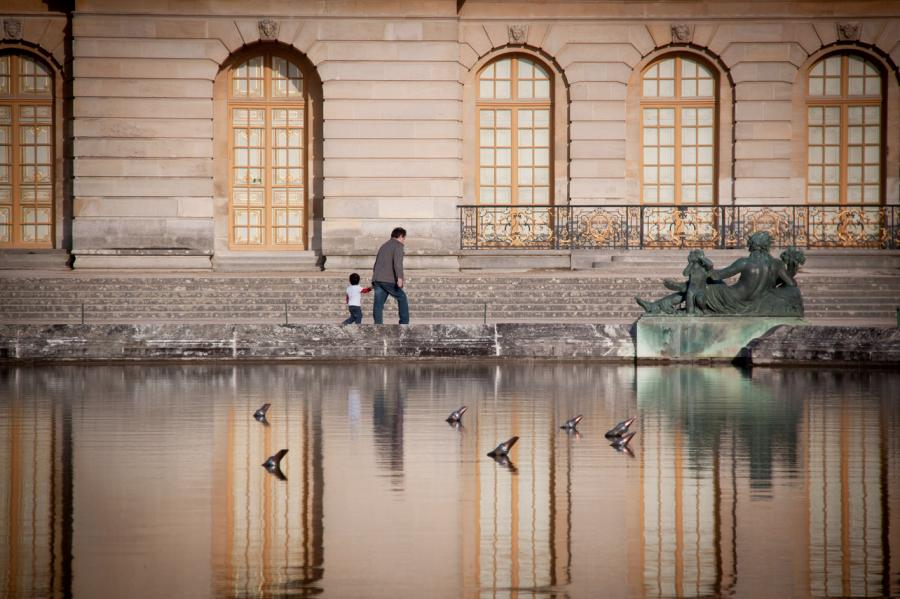 This article was written by Grace R, published on 7th September 2015 and has been read 3257 times.

Grace lives and studies in Paris and spends her free time looking after children with local company SOKIDY. Here's how they've helped her to feel truly settled in a foreign country.

When I arrived in Paris to start my year abroad, I applied to a variety of jobs, ranging from waitressing to teaching. I was desperate to find something, not only to fund living in a notoriously expensive city but also to improve my French. Finally I came across SOKIDY, bilingual babysitting and language tutoring company. While I was apprehensive about how little French I would speak, I decided to apply, essentially because it was rapidly becoming my last option! Fortunately, the hiring process was so smooth and pain-free that before I knew it I was looking after adorable 5-year-old twin girls.

The first thing I learnt from working with children (particularly such young twins) was that they have to be kept constantly occupied to prevent them from becoming bored and agitated. I loved getting creative with the girls and finding original ways to help them learn English. SOKIDY even provided me with a pack of resources and emailed me activity ideas, so I didn’t have to stress about coming up with original ideas every week. Our favourite games to play on the way home from school were Simon Says and I Spy. These were great, as not only did they help the girls to learn English vocab, but they also took me back to my childhood. The girls would usually turn the game into a lesson for all of us, and try to teach the words back to me in French. Although I would often already know the French equivalents, I would always go along with it, mainly because it would feed their enthusiasm.

Although I wasn’t speaking as much French as I might’ve been if I had been working at a restaurant or a shop, my French improved more than I expected during my time with the twins. Understandably I had to speak to the girls in English, but given that they were only 5 and understood little to no English when I arrived, it was impossible to avoid French all together. So I found that a lot of the time I would say sentences or ask questions in English and then immediately translate them into French so that the girls would actually understand! As well as picking up phrases through the girls’ chitter chatter, I also got the chance to practice a more adult level of French with the twins’ parents and the other parents and teachers I got chatting to during school pick-ups.

Soon enough I found myself immersed in family life; I would often join in on family meals and sit and chat to the parents once the girls had gone to sleep. There’s nothing more comforting than a home cooked meal, particularly when you’re on a student budget in a foreign country! But getting close to a French family had more benefits than just the food! I’ve learnt so much about French culture, been shown the life of a local and been to areas and places I might never have gone to during my year in Paris. The girls’ parents were great at giving me advice on which restaurants I should try, which parks would be the quietest on a hot day and how to avoid being treated like a tourist. They also helped me with the endless complication that is French bureaucracy and even corrected my university work. SOKIDY were really useful when it came to administrative nightmares as well, especially before I even got to Paris. The team helped me to find accommodation, to set up a French bank account and with my “carte vitale” application, among other things. I would’ve been lost without all this support!

Whilst I could enjoy family life when at home with the twins, I was also part of another family when I wasn’t working. The team at SOKIDY has a close network, so I was also able to meet a mixture of students from all over the world to with whom I could enjoy the student lifestyle in Paris. We would often meet up after work and share stories from our different families and if we were stuck for ideas of where to go, there were even various organised events throughout the year.

Working with the twins was the funniest, hardest but most rewarding experience. Thanks to the girls, I know the full Disney princess soundtrack in French par coeur and I’ve married Mickey Mouse about 150 times! If you’re looking for something easy and fun to do while on your Year Abroad, that also provides you with the security and comfort of having a family away from home, I would really recommend applying to a company like SOKIDY and finding some little-ones to look after.