Home Articles The 10 best fancy dress fun runs, cycles and walks in the UK
Share
Tweet
Write for us

The 10 best fancy dress fun runs, cycles and walks in the UK 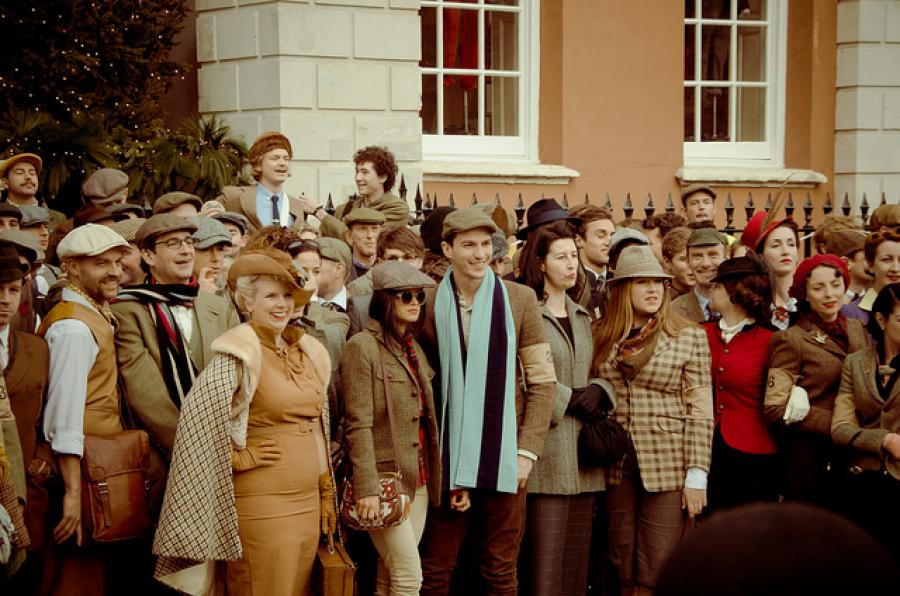 The Tweed Run by Garry Knight

This article was written by Global Graduates, published on 27th February 2012 and has been read 12840 times.

Health & Fitness
When it comes to staying healthy on your year abroad (and before and after!), it helps to have a fitness goal with a huge element fun! Here is our definitive list of the best fancy dress runs, walks and bike rides for when you're back in the UK (in no particular order)...

They say, “These events are designed for runners who take their fun seriously, for whom a “race face” is a mud-spattered grin. For nearly all, it’s less about fastest time, and more about having the best time, from splashing through horse-jumps in a tweed jacket and headtorch, to cutting loose in our party tent.”

3. The Drag Walk 2012
This is a smaller race just for men: walk 3 miles in fancy dress in Wrexham on 29th April 2012, in aid of Nightingale House Hospice.

They say “Combining the iconic London to Brighton route with the unique sensation of night cycling; join hundreds of Moonriders in aid of some special charities on a night to remember! A party atmosphere at the start, full hospitality en route, and a celebration at the finish and it’s open to all types of bike and to riders of all abilities.” Fancy dress appreciated!

7. The Pirate Run 2012 - on motorbikes!
A now for something a little different... Don your gnarliest pirate gear on 2nd September 2012 a bike the loop from Birkenhead to Runcorn and back, in aid of CHICS Wirral, a charity that helps support the children and families of children suffering with cancer.

And, finally, two to keep an eye on that have not announced their 2012 dates yet:

9. The Chap Olympiad
An eye-catching spectacle, full of oddball elegance and quirky panache. All Olympiad guests and participants are encouraged to come in period dress and fully immerse themselves in the event’s old-fashioned activities and charming entertainment.

10. The Tweed Run (not actually a run, but a cycle!)
They say: “Now look here, proper attire is expected. Tweed suits, plus fours, bowties, cycling capes, and jaunty flat caps are all encouraged. Do your best for the highly-prized Best Dressed Man and Best Dressed Woman prizes. Dust off your vintage velocipede for the ride; prizes awarded for best vintage bicycle. If your bike isn’t quite a classic, try your hand at the best decorated bicycle competition. And of course don’t forget our world-famous Best Moustache prize — open to both men and women, of course.”