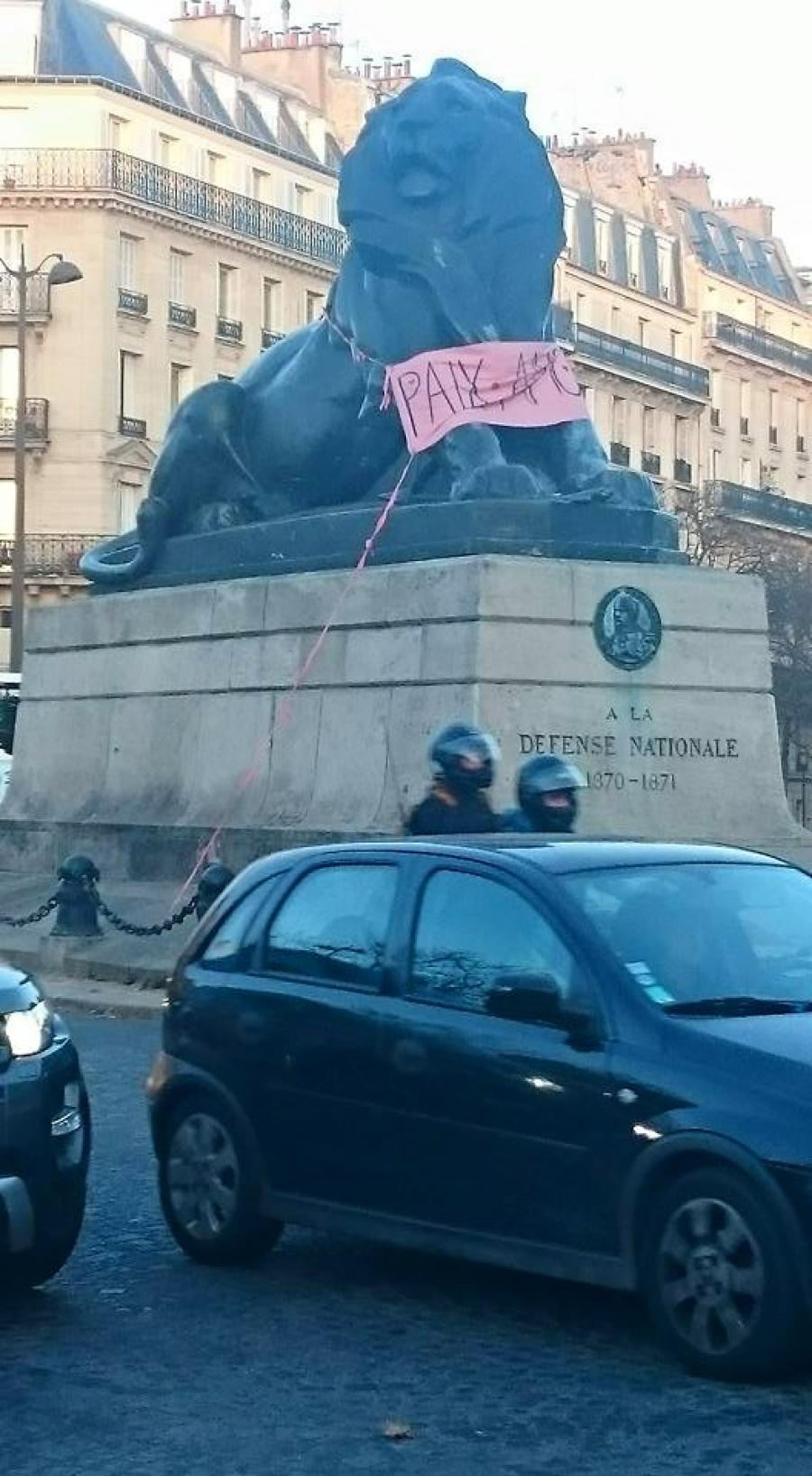 This article was written by Charlotte Aitken, published on 1st December 2015 and has been read 2431 times.

Charlotte is studying French at Royal Holloway and is spending her year abroad as a British Council Language Assistant in Paris, France. Here is her account of living in Paris during the November 2015 terrorist attacks...

As I left a very crowded cinema and was on my way home, I received a phone call from my boyfriend in London. I did not know it yet but this would be the moment that I would find out that people had been shot in Paris while others were being held hostage.

On the metro no one seemed panicked as few people knew what was going on apart from a lady who was looking at the news on her smartphone and was asking everyone to be quiet so she could hear what the train driver was saying. At this point I was very anxious and had just one desire, which was to get home.

However, it wasn’t until I arrived in my apartment I began to realise how serious things were as I received texts and Facebook messages asking me where I was and Facebook had even introduced a ‘check in as safe’ for people living in Paris. I contacted my friends and family to let them know I was safe.

I watched the news and found out what was going on and was deeply hurt to find out that people had already been killed and hostages were currently being killed one by one. Yet, in a time of tragedy, Paris did not let itself be defeated and showed extreme signs of kindness as strangers opened their homes to stranded people through the porteouverte initiative.

Even in the morning Paris showed solidarity and kindness as people left kind messages and flowers for those who lost their lives in the dreadful attacks.

After these tragic events I have seen many people considering whether to end their Erasmus year in Paris or to cancel going all together. For me these thoughts are absurd as one needs to realise that these kinds of terrorist attacks could happened to anyone at any time. For the first few days I may avoid going out near the affected areas but soon enough I will go out as normal and not let these terrorists win by making me live in fear.

Indeed terrorist attacks have happened in America; England etc. so please don’t let these kind of tragic events put you off coming to Paris for your year abroad. Unless there is a serious danger there such as a war, then you should go to the county you wish to spend your year abroad in.

My thoughts and prayers are with those affected.

A Week in the Life: A Language Assistant in Paris