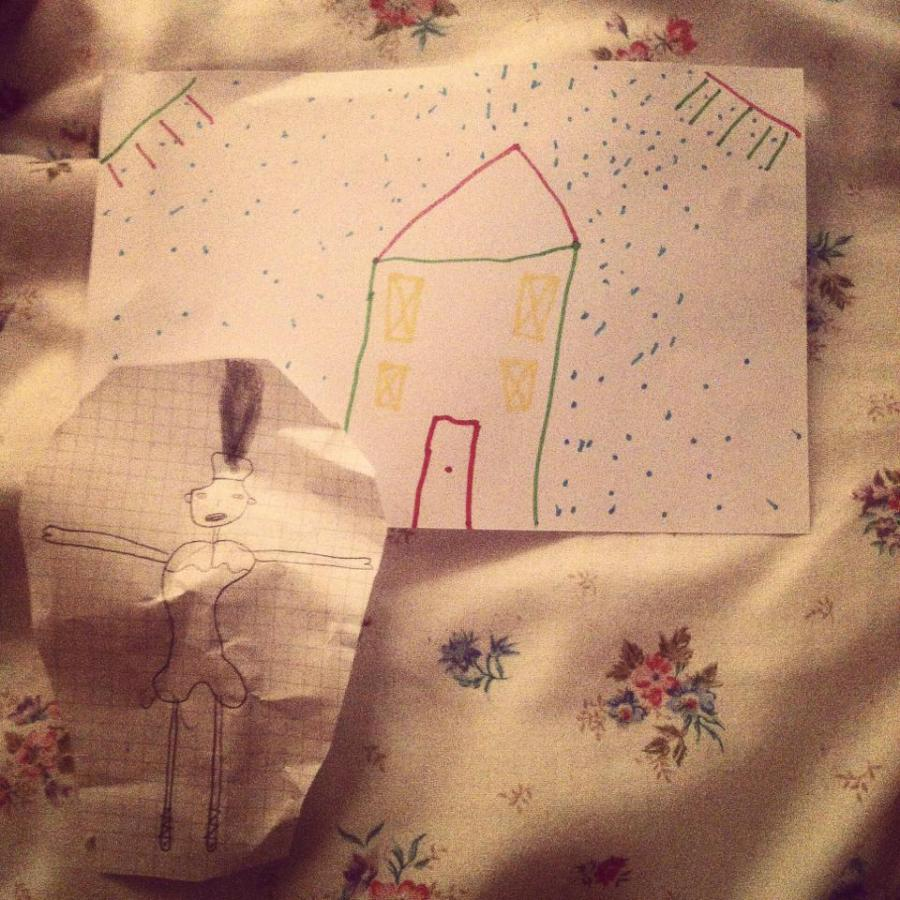 This article was written by Rebecca Liquorish, published on 17th November 2014 and has been read 5427 times.

Rebecca Liquorish is a French and English student at the University of Leicester. She is currently on her year abroad in France, working as a language assistant in three primary schools in Aix-Les-Bains. In this article, she tells us about her recent trip to Milan and her unexpected celebrity encounter! For this story in more detail and many more adventures, check out Rebecca's blog.

One of the major benefits of spending your Year Abroad as an English language teaching assistant (and no, not just the cute drawings you receive and the celebrity status you acquire from the children) is the holidays … 8 fabulous weeks of PAID holiday. Add this to the advantage of living in continental Europe - super simplicity in crossing borders; see you later hassles of the English Channel. Et voila! the perfect opportunity to travel.

So, Nichole (a fellow year abroad-er from Uni of Leicester studying in Lyon) and I took advantage of this by hopping the French-Italian border, and travelling to Milan, the fashion capital of Italy! It’s fair to say that after reading up on quite a few negative “Milan is far too expensive and can and should only be done in a day” travel blogs, we were a little apprehensive about spending a week there! However, I would like to scrap the above claim, because Milan is incredible, and in fact, it’s an advantage that it isn’t ridiculously touristy, because fewer tourists mean less annoying beggars and less cheap tacky tourist shops (I mean who really wants an 'I love Milan' toilet brush?!). 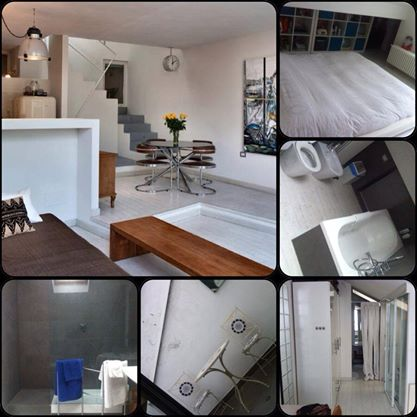 We managed to do the whole 5 day trip – travel, transport, and food – for around €200 (roughly £160) each (traveling with IDbus rather than the train, and renting an apartment via airbnb instead of staying in a hotel - being budget weary students and all), which is nothing really! However, I’m not going to talk about the €3 for 3 huuuuge scoops of gelato, or the fact that ‘hot chocolate’ in Milan is exactly that, melted chocolate, or the high street haven of Milan, or even aperitivos (the lovechild of the pub crawl and the all you can eat buffet) … even though I could go on about them all for days. I’m not going to talk about them, because, during our stay in Milan, we somehow managed to be front row audience members for the live filming of an Italian primetime TV programme (and ended up being shown numerous times on TV)!! Now, ‘being on a foreign TV show’ rarely makes an appearance in the ‘what to expect on your Year Abroad' meetings at Uni … 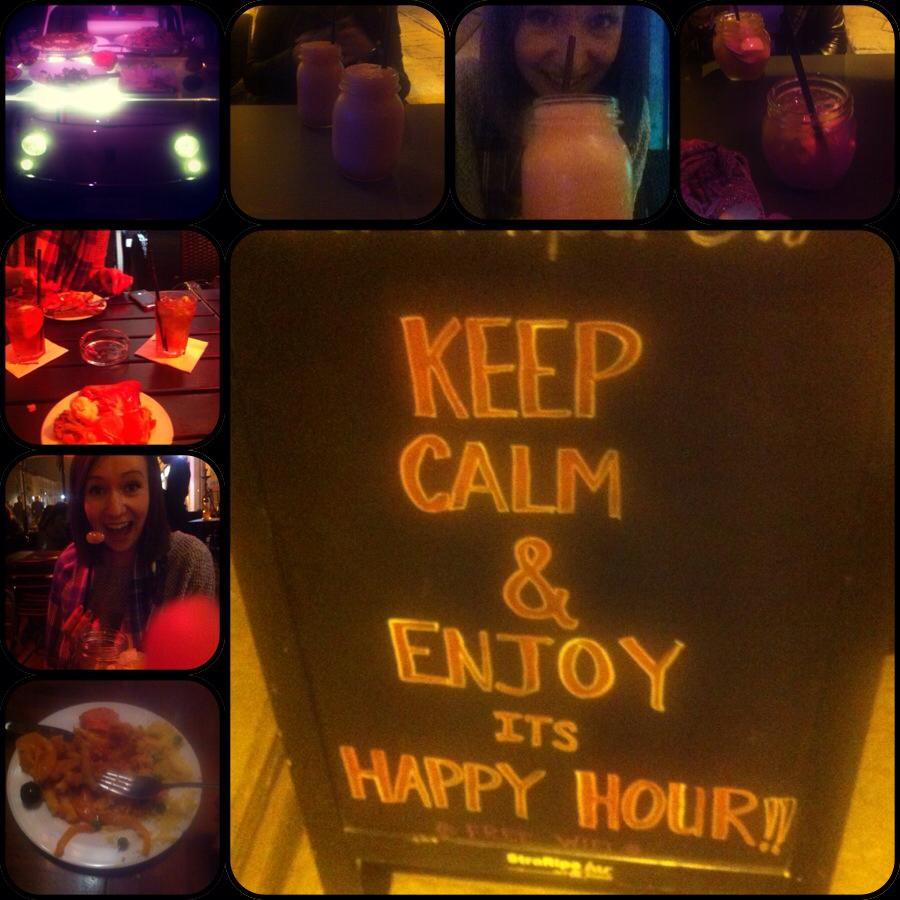 We had booked our accommodation through Airbnb (a website I hadn’t heard about pre-year abroad, and one I’d highly recommend to anyone with a hatred for hostels but a passion for travelling on the cheap), a website which offers you the chance to rent someone’s holiday home/apartment, rather than a hotel, which can sometimes be rather pricey. The woman whose loft apartment we had rented for the week, is the stylist for the leading female presenter on the show, and asked us, offhand may I add, if we’d like to be in the audience for the filming of the live show. Of course, carpe diem and all that, we figured we had nothing to lose and everything to gain, and so agreed - and, we also didn’t think we’d end up on camera!

However, little did we know, the show, Striscia la Notizia is a primetime TV show and watched daily by over 8 million Italians! What’s more, we were treated like VIPs! We were positioned in prime seating so that the camera was always pointed at us during pans of the audience, and then, after having photos with the set and the mascot, we were called to the side as the rest of the audience left to go home, and were offered the chance to get our photos taken with the male and female hosts, Ezio Greggio and Michelle Hunziker who are rather famous in Italy, Switzerland and Germany! They were both very, very lovely – asking us about where we came from/how we happened to be in Milan/whether we were enjoying our stay – no celebrity egos in sight! We thought that this might have had something to do with our host, but were pleasantly surprised when we were told that she had had no input whatsoever, and that we had received this so-called ‘special treatment’ because we’d come all the way from England (ok, France) to see the show!

Admittedly, the language barrier did mean that we didn’t get a grasp of everything that was being said, but being very similar in style to the British TV show ‘Have I Got News For You’ the satirical take on the news was easy to follow – and the animator was there to ensure we laughed when we were meant to! 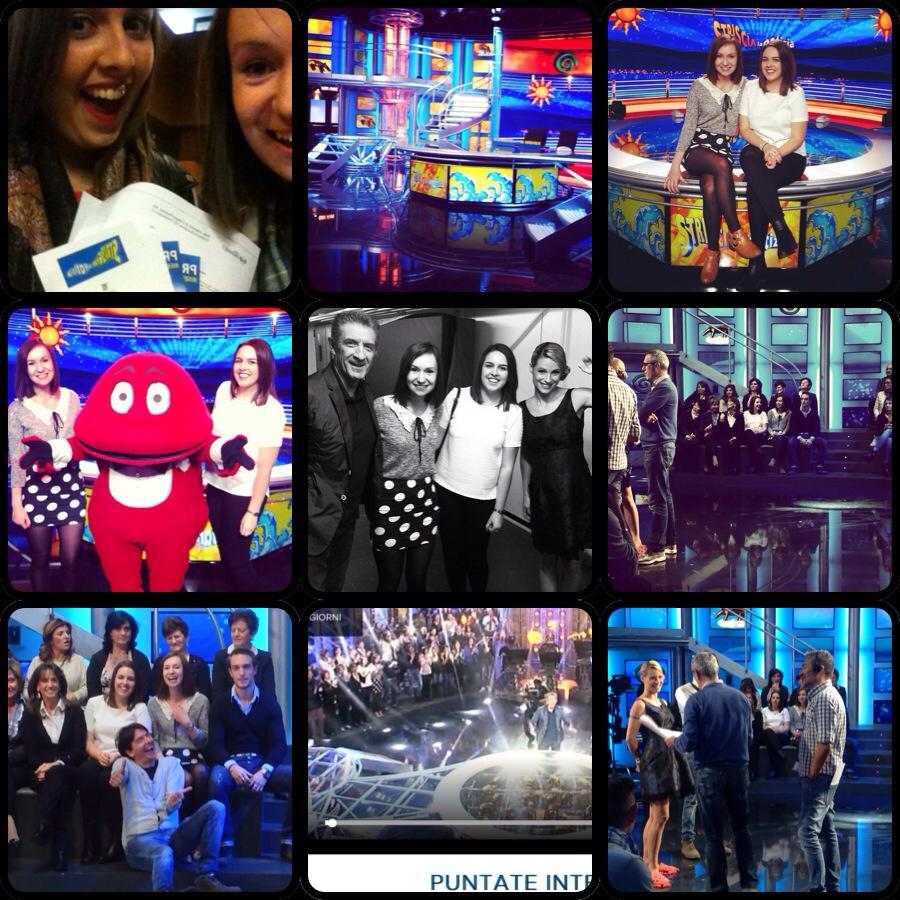 The girls on TV!

Who really gets to meet celebrities on their year abroad?? It hasn’t gone to our heads, I promise!

So, what’s to gain from this insight into our trip? MAKE THE MOST OF YOUR LOCATION – the year abroad is a wonderful thing, so travel as much as possible, and, when an opportunity is thrown your way - grab it with both hands, you never quite know where you’ll end up!