Home Articles EU careers insider: Reflecting on my time as a translation trainee
Share
Tweet
Write for us 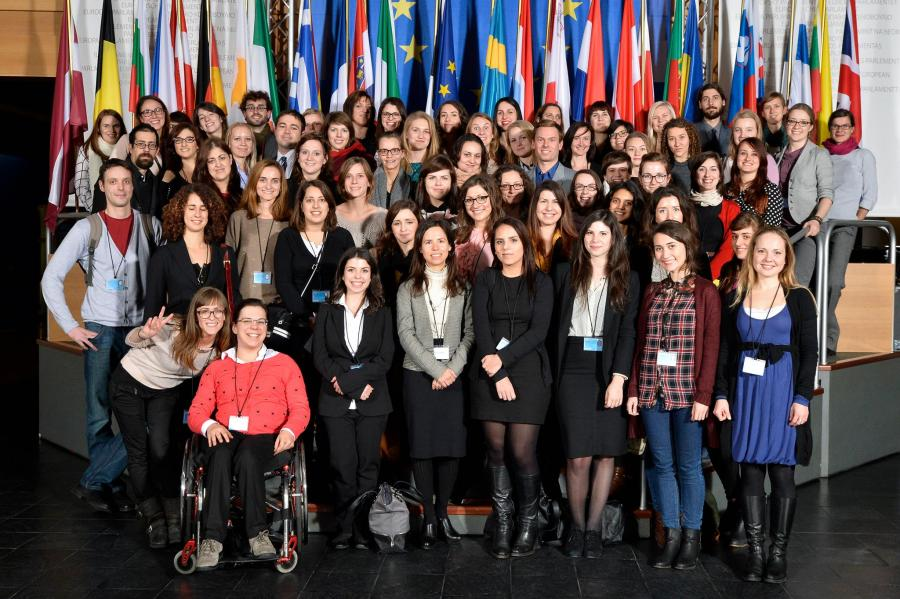 This article was written by Eloise Horsey, published on 21st May 2015 and has been read 9631 times.

Eloise Horsey has recently finished a translation traineeship in Luxembourg. In this case study, she looks back over her experience...

1. What did you study at university? Did it involve a year abroad?
When I started at university, I was planning to study just French, but I soon switched to French and Spanish. As an ‘ab initio’ Spanish student at my university, I had to spend all my year abroad in a Spanish-speaking country, so I spent it as an Erasmus student at the University of Málaga, but I also went back to Spain the year after I finished my BA and taught English in private language schools.

The year after that, I took an MA in Audiovisual Translation at Leeds University. My course focused on subtitling in particular, but it also included the core modules that the other translation courses offered, so I didn’t miss out on any ‘written text’ translation. I was also able to take Portuguese ab initio with the undergraduates.

2. How did you find out about the traineeship at Parliament?
I don’t remember exactly how I found out about it but, because of the career talks translation students were given at Leeds, I was aware that traineeships at international organisations existed. I find talking to friends and acquaintances that have similar professional interests to you and attending events for linguists are also a good way of finding out about the opportunities that are out there.

3. What was your role? What did it involve day to day?
As a translation trainee, my day-to-day role was to translate non-confidential documents from my source languages (French, Spanish and Portuguese) into English. Questions tabled by MEPs to the Commission, Council and, occasionally, the ECB made up a considerable proportion of my work, but I also translated draft agendas, minutes and amendments, among others.

Parliament’s translation trainees have a busy schedule organised for them. I worked in Luxembourg, but missions to the institution’s other places of work, Brussels and Strasbourg, were organised for us so that we could see Parliament in action. We sat in on meetings, debates and voting. That experience really helped me develop a clearer understanding of how Parliament works, which is very useful when you are working on documents produced there every day.

4. What has been the best part about working abroad?
Working at an international organisation means you get to meet people from countries you might not come across that often in your home country. I have now met someone from every EU Member State and I have friends from across Europe.

5. How important are languages to your role?
Crucial. You need an excellent understanding of your source languages, but you also need to be able to write well in your native language, which is the language you will be translating into. In the translation industry it is widely considered unprofessional to translate into a language other than your own because it is so difficult to write to a professional standard in another language. You therefore need to have a very good grasp of your own language’s grammar and spelling. A broad vocabulary is important, too, although verbosity is frowned upon by most, if not all, authorities on translation.

6. What's the best piece of advice you've received? Who was it from?
A few people have separately said to me that it is important to stand out to do well in your career, and you should keep working on a skill or language that sets you apart from the crowd. If you want to do well, particularly in a highly competitive market, blending in or settling for average will not get you far.

7. What is your best tip for someone interested in working for the EU?
Do a traineeship. It is a great way to find out whether an EU career is for you, as you only need to commit a few months and you don’t have to take an EPSO competition to become a trainee.

8. What has been the highlight of your career so far?
Being picked for the traineeship, of course! The traineeship itself was another highlight, too, for the reasons I’ve already given and because every translation I did was revised by a senior translator, so I was always receiving feedback on my work. Living with a family in a remote town in Brazil for three months was also a phenomenal experience.

9. What is the best thing about your job? And what's the worst?
I love being able to use my other languages on a daily basis. My language graduate friends who do not use their languages in their jobs feel like their language skills are slipping; whereas I am always learning about my source languages. On the other hand, translation is not the type of work that can be done when you’re a bit under the weather. My standards always slip when I’m stressed or tired and I have to take that into account. Also, although I am constantly improving my reading skills in my other languages, I still have to go out of my way to get some speaking practice.

10. If you could describe your working life/career in three words, what would they be?
Varied, challenging, absorbing.