EHIC and Travel Insurance - know before you go 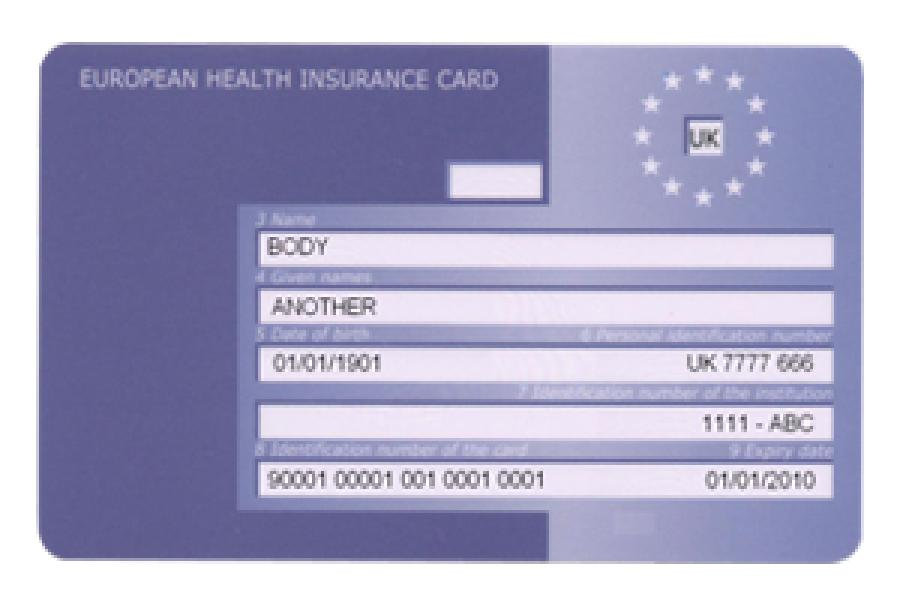 This article was written by Katherine Tabor, published on 9th December 2014 and has been read 6062 times.

Health & Fitness Insurance
Katherine Tabor is studying French and German and the University of York and she spent her year abroad as an Erasmus student at Aix-Marseille University in Aix-en-Provence. Katherine is currently a Foreign Commonwealth Office student brand ambassador for their Know Before You Go campaign.

The Foreign and Commonwealth Office recommends the EHIC card as an absolute necessity for your year abroad. It costs nothing to apply for, yet entitles you to free or reduced-cost medical care in the European Economic Area. While getting the card is great, it’s also extremely important that you know what it does, so here is a handy explanation to make sure that you “Know Before You Go”.

Even if you’ve only done the bare minimum of year abroad planning, you’ve probably heard this information several times. However, it’s only after my own year abroad and hearing about other’s experiences with the card that I’ve realised what an important role it can play. Understanding and knowing what the card can and can’t do before you go is essential!

To put things into perspective: you could apply for a free card before you go, or you could face a bill of up to €5,971 for treatment of a broken leg in Europe…

First things first, you need to make sure you get an EHIC via the NHS website. Unfortunately, there are several sites online where you can be tricked into paying for the (totally free) card. A member of my family fell victim to a haphazard ‘buy EHIC card’ Google search last year. The £50 card arrived and was completely legitimate; however, it’s obviously still a concern that these scammers have date of birth, National Insurance Number details etc. Remember: from the right place the card is absolutely free!

Once you have the card, don’t think you’re now immune to medical costs! In some countries, it might be the case that you have to pay a patient contribution, also known as a co-payment. For example, the GP appointment could be free, but there could be a charge for the prescription. The EHIC only entitles you to the same treatment as a resident of the country you’re visiting - Brits don’t get special treatment! These co-payments can be claimed back as long as you’re still in the country, but as of July 2014, once you come back to the UK, you won’t be reimbursed.

This is where travel insurance comes in. It’s through your travel insurance that you can claim back the costs for medical co-payments. For example, after being assaulted, one student studying in France was confused to learn he had to pay €130 for having an X-ray in hospital, despite having a valid EHIC. Luckily, he had insurance and was able to claim the co-payment back.  However, it’s a good idea to have some kind of access to emergency funds should this kind of situation crop up! Most importantly, be sure to have comprehensive insurance before you go!

It’s also worth noting that the EHIC does not cover any private medical healthcare or costs. For example, it won’t cover mountain rescue at ski resorts, nor being flown back to the UK (with or without a doctor), nor any lost or stolen property during medical treatment without valid travel insurance. For example, an air ambulance from the Canary Island can cost up to £16,000.

However, having insurance with an invalid EHIC (or without one at all) could also be ineffective, as some insurance policies are rendered invalid if you don’t have one.

To summarise: you need a valid EHIC and comprehensive travel insurance to avoid sky-high costs.

Under certain circumstances, students have even found it easier/cheaper to return to England for treatment rather than go through a foreign medical system. One York student realised it would be less hassle to book a Ryanair flight for less than €100, be treated at home in the UK with the bonus family support, rather than being treated in Spain and having to make a claim. Obviously, it’s important to be sure that you’re safe for travel before doing this!

Personally, I found the main problem with accessing healthcare on my year abroad was due to the fact that doctors/pharmacies simply don’t recognise the card. In both countries I lived in, France and Germany, I visited doctors for pretty minor ailments (a new inhaler and a course of antibiotics, respectively) and on both occasions, the EHIC card was met with puzzled looks.

This was also a problem for several other students. In Germany, I was simply told that they didn’t accept foreign social security cards. It took a lot of explaining and a lot of asking them to make a few calls and to check their records before I finally got an appointment. I was quite shocked at the extent to which I was grilled about why I was in Germany and what the card was. Be prepared to explain yourself and/or the card! I paid under €10 for both prescriptions, but nothing for either of the appointments. However, a fellow student in Aix paid for her appointment at the same doctors and was laughed at when she presented the card…

All in all, accessing healthcare and undergoing medical treatment on your year abroad won’t be as easy as at home. Knowing what the EHIC can and can’t do for you before you go is essential so that surgeries and hospitals won’t over-charge for your treatment. And having both the card and comprehensive travel insurance is equally essentially. The year abroad is expensive at the best of times and arriving back to University in your final year with thousands of pounds of debt would be a sad souvenir of your time away. The EHIC card and the insurance should be top of your pre-departure checklist.

What is assurance habitation and where can I get it?

Hi,yep it's housing and contents insurance. French landlords/property owners tend not to give over the keys or let you sign the lease until you prove you have this insurance. When I lived in France I...

Can anyone recommend where to start looking for insurance?

Endsleigh do good insurance, search for Endsleigh Study Abroad cover. Although it's called this it also covers British Council and work placements. I added special gadget insurance for 3 particularly...

University insurance cover for your year abroad: the ins and outs

Why you should buy your Year Abroad Insurance early

by Richard from YearAbroadInsurance.com
Health & Fitness

Year Abroad Insurance to the rescue!