Home Articles Don't be an ostrich: A year abroad with a mental health disorder
Share
Tweet
Write for us 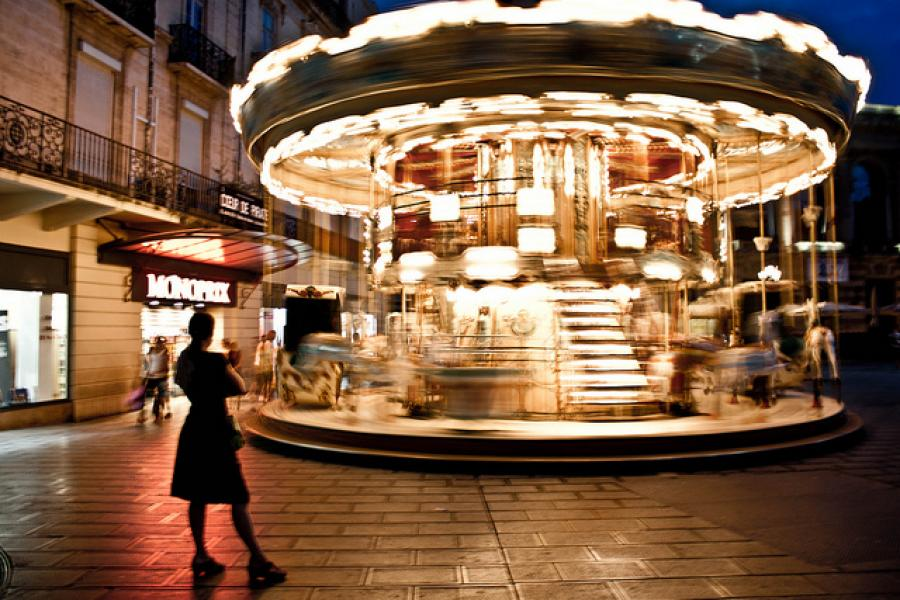 This article was written by Hannah Lewis from The University of Leeds, published on 23rd October 2014 and has been read 6466 times.

Hannah Lewis is studying French and European Politics at the University of Leeds and is currently spending her year abroad in Montpellier. In this post, she tells us how she is refusing to let her mental illness ruin her year abroad. For updates on Hannah's life in the South of France, check out her blog!

It’s 10am and the battle commences; the battle that is waking up. For most people, waking up is just a standard start to your day and the way you begin your daily routine. For someone with depression, or other mental health conditions, it’s nothing short of a nightmare. The internal debate that you have with yourself each morning goes a little something like:
“Wake up!”
“No, I woke up yesterday, I deserve a break!”
“No, you woke up yesterday in the early afternoon and that doesn’t count”
“I’m too tired”
“You stink
“I’m weak”
“Your breath smells like shame”
“I’m too ugly”
“So what? Have a coffee”
And so on and so forth….
However, this morning I remembered that I made a promise to my boyfriend that I would try and function like a human being today, so I reluctantly sipped the magic energy juice that is black coffee and then washed away my sins in the shower. I had one singular errand to do that I had been putting off for days, if not weeks. It was nothing awful; it was actually the most mundane of tasks. I had to photocopy my birth certificate and send it to a translator in the post, as you need a translated version of your birth certificate in order to receive CAF (money from the French government when you’re a student).
The thing is, when you have depression, or have anxiety, or have any other disorder which hinders your capabilities to face the outdoors, you waste a lot of time marinating in the dark pits of your duvet, where you lose your grip on reality and become consumed by the dark devil that is mental illness.
Anyway, this morning I was winning. I fashioned myself a fancy up-do in my hair and added a few clip in flowers, wore a colourful top which had the face of Ganesh imprinted and a bright teal maxi skirt. These details are important if you suffer from Body Dysmorphic Disorder. One has to compensate for one’s ugly aesthetic with striking clothes and accessories. So off I go to run my errand. Are people looking at me? Have they noticed my face? No don’t be silly; I have my sunglasses on to hide my ugly mug. Relatively confident, I complete my task with success, and don’t even perspire slightly thanks to the light breeze on this fine autumnal day.
That’s another issue I have had to face, the sweating. Since being on 200mg Sertraline - an antidepressant - my perspiration is relentless. I never fail to have a liquid moustache of sweat or moist cheeks thanks to the Southern French weather, which is distressing for anyone but especially distressing for someone whose disorder is based around their aesthetic. But today was an anomaly, and I was still winning.
I continued to win as I noticed a second hand book sale with prices ranging from €3-5. I thought I would have a browse so passers-by would mistake me for either a French person or a really intellectual Erasmus student. Then I stopped for a minute, and I thought to myself, why not actually be a really intellectual Erasmus student? I browsed more thoroughly and found a book, not too thick in size, and read the blurb. From my broken French I gathered it was going to be about something profound, with the tagline La vie est une maladie mortelle (which means something along the lines of ‘Life is a terminal illness’). I thought it sounded up my street. So there I was, being sickly quaint in Place Martyrs de la Résistance, sitting next to a water fountain with a light breeze (which are actually my top two favourite things, my third being a panoramic view from a high up location), reading my second hand French novel(la) and sipping on a tropical smoothie. One chapter in, I figured the protagonist of this story also had a mental disorder as she dropped pretty profound one liners such as le malheur et le bonheur peuvent cohabiter (‘sadness and happiness can coexist). ‘Wow… she’s right’, I thought to myself. I am depressed. I have depression. I have anxiety. I have body dysmorphic disorder. Thus, by default, I should be sad. But look at where I am! I’m in Montpellier. I’m in the south of France. I’ve exchanged the cold, windy, and industrialised North of England for this stunning city. And I’m speaking French! Better than I ever thought I could. I’ve met wonderful people and my boyfriend is on his year abroad just down the coast in Genoa, Italy. We see each other every other weekend and have amazing trips to beautiful places together. A couple of my best friends are also living in France, so are only a train ride away, and are in fact visiting this weekend. These things make me so happy.
I guess the message that I’m trying to get across is that it’s okay to be both happy and sad. Living with a long term mental illness is hard - reeeeeeeally, really hard. And it’s testing. It makes day-to-day tasks resemble climbing Mount Everest. It intrudes your thoughts almost constantly. So, it’s okay to get sad. You’re allowed. Just because you’re supposed to be having the experience of a lifetime on your year abroad, it doesn’t make you ungrateful or a bad person to sometimes forget to appreciate what it is you’re doing.
The key is to make sure that the happiness you are constructing here is always in your pocket, ready to be pulled out at a moment’s notice. I’m not going to tell you to enjoy every minute of your year abroad, because if you’re mentally ill, you probably won’t. But stay strong, don’t give up, and don’t be an ostrich and bury your head in your duvet. Peace and love xoxo

Do you need both an EHIC and a Carte Vitale for a year abroad in France?

That depends - if you're a student, no. You only need your EHIC card and no Carte Vitale card. As you are still registered as a student in the UK, the NHS still has to cover you and so you can use you...