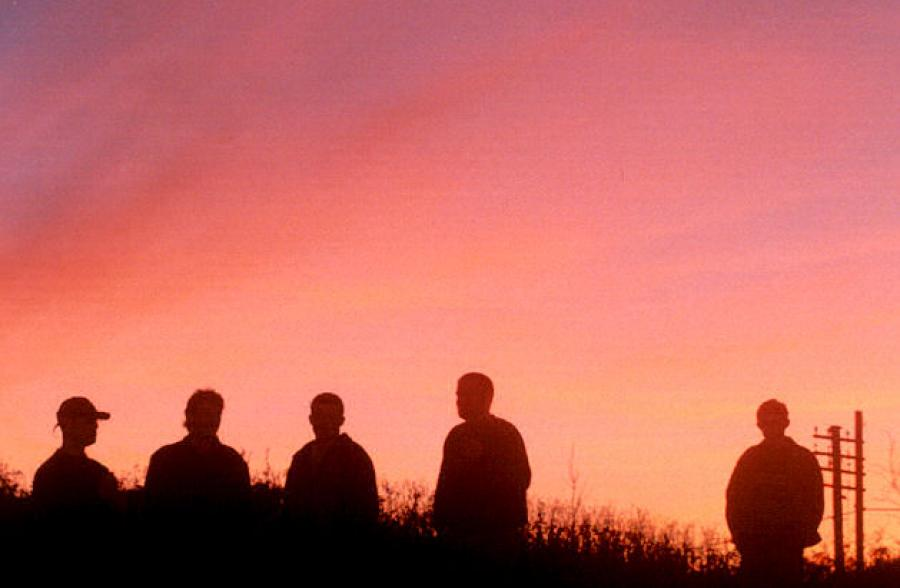 This article was written by Helena Goode, published on 4th March 2015 and has been read 12038 times.

Helena Goode is a 20 year old student studying French at the University of Leeds. She is currently doing her year abroad in Paris, France, where she is a teaching assistant in a Lycée. This is her experience of dealing with sexism in the classroom.

I am not teaching just school students. Well, all of my students are at school, but the lycée I am working in is a professional school, meaning they offer other courses as well as the Baccalaureate. The students who study this program (BTS, for those of you who are interested) are studying things like power, heating and cooling, mechanics and renewable energy. This means that not only are they mostly older than me (they range from 18-25, but most of them are 20-22), but they are mostly men due to their studies being very male orientated.

It has been very weird and scary adapting to this. Walking in to a room of 15 men who are older than you and trying to teach them a foreign language is scary, really scary. They don’t see a lot of women in their day-to-day life, as most of the teachers are middle aged men, so I am a complete novelty. I have had a lot of comments like “tu m’excite”/“you turn me on” and “j’aime quand elle se tourne à écrire”/“I like it when she turns round to write on the board” because… well because a) they are told that I don’t have to force them to speak English and b) because Paris is inherently an incredibly sexist city to live in. I don’t know how my peers are finding it in other areas of France, or indeed elsewhere in Europe, and I would be interested to find out. But I know that all the women here experience sexism on a daily basis, and we are all coping with it in different ways.

Now let me make this clear, I am used to street harassment. That is not to say that I agree with it or think it isn’t a problem, but gals, back me up here, it happens so often in the UK that we all just learn to deal with it. I normally just ignore it, or if people beep at me from their car I say something along the lines of “thank you kind sir” and then move on with my life. But here it is something else. The men shout, stare, touch, squeak, push, force themselves on you. Apart from if you’re with a man. When Seb, a friend from uni was here, I felt safe and calm and nobody bothered me. Not because he is a huge intimidating scary man (sorry love) but because he is simply a man, and here man = respect. People didn’t come up to me (apart from the prostitute who asked us for a threesome) because I was accompanied by a man, and in their eyes I was accounted for and it would be rude and disrespectful to Seb if they were to come up to me because it would hurt his pride, or masculinity, or whatever. But this blog post was not actually meant to be about that.

My teacher told me that today I could just show my class a video and talk about it as the lesson. So I started thinking what I could do, and a friend asked me ‘well what are you interested in?’. After seriously debating whether I should show them the Backstage Challenge 75 video (lol, imagine) I decided to show them the Emma Watson HeForShe speech. Now, before you call me crazy and stupid and what did I expect, hear me out. Firstly, it is a great speech to show them because she speaks very bloody slowly so even the students with a weaker level of English can understand the majority of it, which is important that they don’t feel out of their depth or stupid when they’re in my classes. Secondly, it is a current speech that touches on issues of gender and class, and although it is feminist, it’s someone inviting men into feminism, which I thought would be more on their level.

Now, don’t get me wrong the speech is flawed. I was pointed towards the argument that is is a very white speech, and that Emma doesn’t acknowledge other ethnicities, nor does she take into account transgender people as well as a lot of other minorities. However, it was always going to spark discussion and debate without being too radical. The first thing that went wrong was that the speakers in the class room did not work, but I improvised and found a transcription of it, and got them to read it aloud for me. After this (during which, one of them tried to snapchat me and asked me for my snapchat name so that he could “send nude pictures of myself in the bath”), the same man said he did not like the speech. I was happy enough that he had engaged and understood it, so I asked him why, telling him that if he has an opinion he must justify it.

His justification went along the lines of this:

'This speech is pointless. It is well written but at the end of the day it is just words and it won’t change anything.'

And I responded with something like “Fair enough. So do you think that in order to achieve gender equality she/we/one should be more active, and instead of making speeches do something physical?”.

And his response went along the lines of:

'No, I don’t think we need to do anything. This is just another famous woman moaning about gender inequality and sexism. We have gender equality here! A female teacher gets paid the same as a male teacher, and all these women who say we still need feminism are just whining for no reason and crying about something that doesn’t exist. This is wasting our time why don’t we talk about something real and concrete?'

So, trying not to explode at him, I asked if anyone else in the class had a different opinion. One quiet man on the front row said ‘Well I don’t think it is that bad here, but there definitely isn’t complete gender equality’ and the aforementioned student said ‘Well yeah but he’s gay so…’. After telling him that I didn’t care about anyone’s sexual orientation in the classroom and that that was not what we were discussing, he continued to dominate the class – shouting and swearing and standing up. The rest of the class was filled with him telling me how English girls have no self respect (one of his friends went to a party in London and got with FIVE English girls in one night, SCORE) and implying that this is why they have a reputation, and they need not to moan so much. However, he didn’t hesitate to then remind me that “you’re actually very beautiful for an English girl, do you want to come to my house for a party just me and you? I have a car and money you know, and as soon as girls find this out they just want to be my girlfriend”.

Upon leaving the classroom he asked me if I hated him, and I said no of course I don’t hate him. His response was “I’m not racist or sexist or homophobic. I love black people and women and gay people and everyone. Just not in my home……… I’m joooooking obviously, chill out.” and then walked out, cigarette in mouth and music blasting obscenely loudly from his HTC.

I mean. Yeah. If you know me but at all, or even if you have a brain, you can understand why I am so angry and upset and confused. I wanted them to talk about it, and I wouldn’t mind if he had said he didn’t agree with the speech and justified why. Great, in fact; getting them to talk and think about it was what I wanted. But his justifications were complete ignorant bullshit, and the fact that his hatred for whiny women was accompanied by his sexual advances and harassment in the classroom were almost too much. Maybe I was naïve to think it would be ok. But at the same time, I wish so much that I could go into a room of young men and that they would at least try and structure their arguments and take on board opposing opinions to their own. Is that too much to ask? And maybe some of them were prepared to do that. But thanks to this one pupil, they were intimidated or afraid to say what they thought that they let him walk all over not only me but also themselves.

But, as my sister just reminded me “French men aren’t as good as French dogs, food, fashion, verbs or hats, just remember that.”