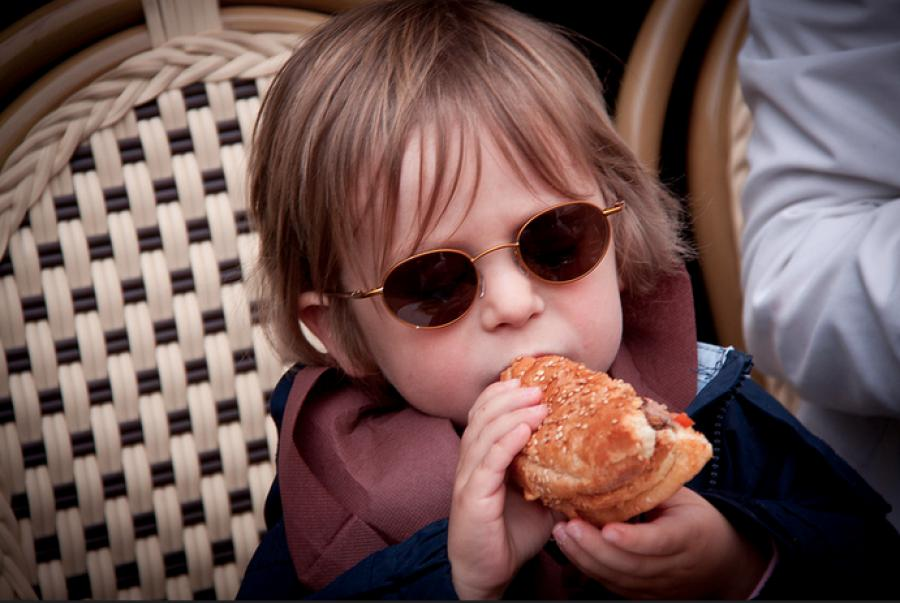 This article was written by Sophie Otway, published on 25th September 2015 and has been read 4292 times.

Sophie Otway worked as an au pair for a year in Paris. This is her experience of dealing with differences of opinion while working for a family abroad...

It can be a struggle; two women living under the same roof and looking after the same children. You may have different opinions on issues such as appropriate bed times, the length of time to spend on homework, sufficient punishments for bad behaviour, or even what defines bad behaviour. This may be because of the way your own parents brought you up and what you thought they did or didn't do right. Or maybe, like me, you had younger siblings who you feel growing up you were a role model to (I'm sure my younger brother will deny all knowledge now) Or maybe you just have predisposed opinions, which is fine too.

The girls I looked after were not allowed to watch TV after school. They were not allowed to play with the children next door. But they were allowed to have chocolate for breakfast. All of this seemed completely backwards to me. Sometimes it wasn't just the rule that I didn't necessarily agree with. It was the manner in which I was asked to implement the rule.

One morning before school, I was having breakfast with the girls and their parents at the breakfast table (Yes, this is France, so even breakfast is a sit down meal) when their mother suddenly turned to me and told me in very sharp French that I hadn't ironed Lise's skirt properly for school. Lise, their four year old daughter, who, every day, went into school looking like a pristine angel and came out looking like she had been dragged through a hedge backwards (or a sandpit). Slightly lost for words, I stammered back an apology whilst numerous questions ran through my head. Firstly, why did a four year old girl even need the pleats ironed in her skirt? Secondly, I thought I had ironed it just fine? And lastly, and most importantly, how could she so brazenly and bluntly tell me that I'd done something wrong in front of the entire family without even a hint of embarrassment?

Later that day, I spoke with my father on the phone. He is a retired French teacher and a typically socially awkward English man. I knew fully well he would understand the embarrassment I had suffered at the breakfast table. "Sophie..." He started "It's different in France. If they feel you've done something wrong or something to offend them, they will tell you outright. It's not like in England where we tip toe around everyone trying not to offend anyone. It is simply another day in France and you just have to try not to take it personally. They won't even be conscious of the fact they've offended you. It's just a cultural difference."

I thought about this later as the girls mother chatted merrily away to me about something at dinner. She seemed to have completely forgotten all about her curt words regarding the skirt. Although I got on well with her and liked her very much it wasn't the first time that she had sanctioned a rule (with bold direction) that I didn't necessarily agree with.

As my au pair life went on I began to understand her reasoning. Whenever the girls watched TV at the weekend they became robots, and it was almost impossible to tear them away to do anything else. Whenever they played with the children next door one of them nearly always ended up in A&E. And as for the chocolate for breakfast, well, in France, this is just the norm. So in time I realised that her rules made sense.

There is a strange art of compromise to being an au pair. You are in basically living with your employers and told to treat them like they're your family. "Sophie is your big sister." The girls mum would often remind them. And to me: "Sophie, this is your home, you take what you want from the fridge without asking me first, OK?" So you are constantly trying to strike the right balance between responsible employee and member of the family. At the end of the year I went out for a farewell dinner with my French family. I was devastated to leave and I felt like crying. But I held it in, as there was a part of me that felt like it may have been like crying in front of the CEO of the company I was working for.

By the end of the year I hadn't stopped feeling irked if I was told that I hadn't done something quite right, or if a new rule was invented that I didn't quite agree with. But I did stop dwelling on it. I became very attached to the girls and I liked and respected their parents. Maybe this is similar to a family dynamic. You may have different opinions on trivial matters, or on significant matters. You have no qualms about expressing your feelings to one another and the next day you wake up in the same house and you still accept each other as they are. If only, all employment was so forgiving.