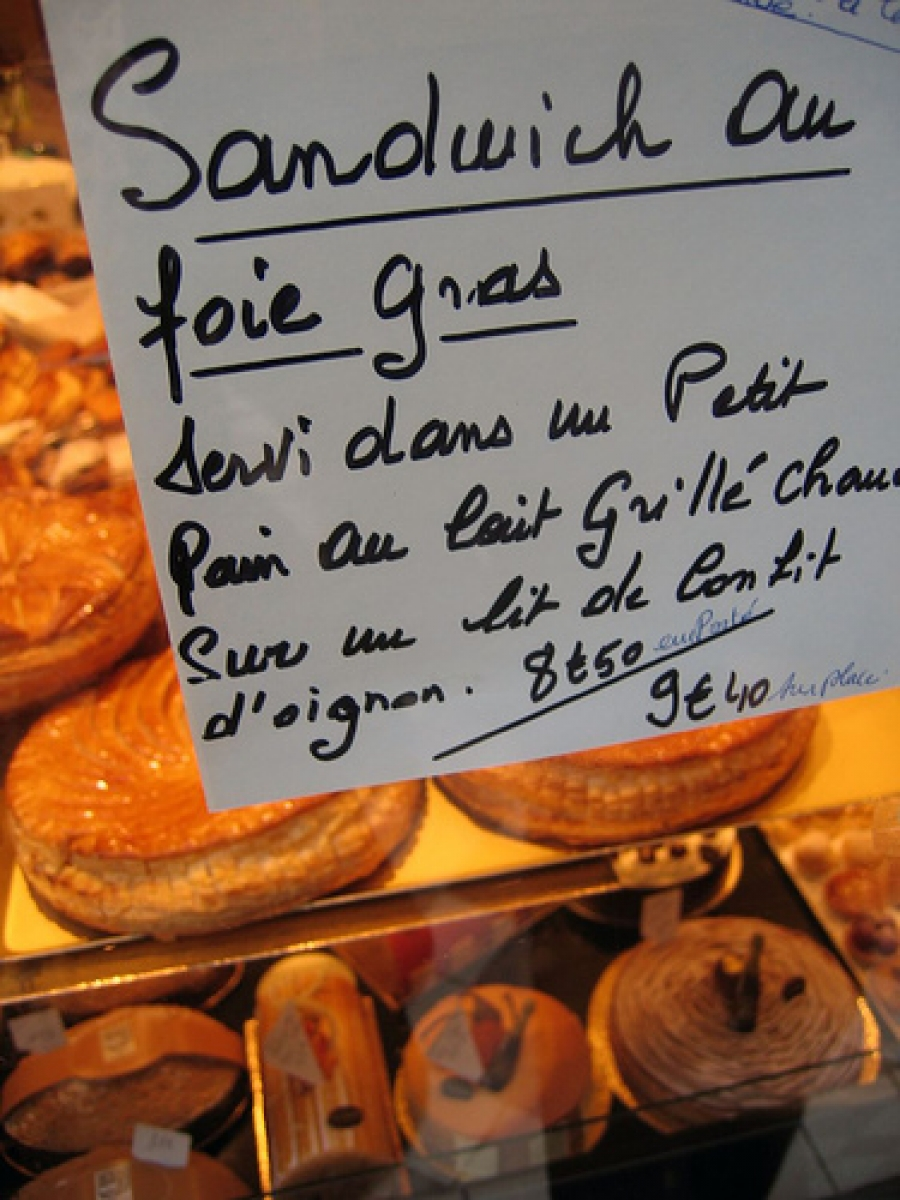 This article was written by Charlotte Derrett, published on 18th April 2011 and has been read 14946 times.

France Living and working in France Culture Shock
Charlotte Derrett is studying French and German at Newcastle uni. She's spent half her year in Germany and has now found her way to Valence, France. Here, she gives an account of what aspects of culture shock she found in l'Hexagone...

I spent my first semester working as an English assistant in a secondary school in Herborn, Hessen. I enjoyed/braved a German winter. Yet despite it being ridiculously cold and I’m talking thermal knickers and four layers of clothes…It was incredible. I can honestly say I enjoyed every minute. Ok, there were the times when I would have given my right arm for my Mum’s roast dinner, an episode of Corrie or my own bed, but on the whole I coped with just a bratwurst every now and again.

It is true what they say (excuse the cheese) “time really does fly when you are having fun…” And it did. My six months in Germany flew by and before I knew it I was saying "auf wiedersehen" to my friends and host family and was off on a new adventure to master the so-called, romantic language of the French.

Valence was my next stop. A 5 month internship at Dauphiné Libéré, a daily newspaper, covering eight of the French departments, mainly in the region of the Rhône-Alpes. Scary stuff. I’m not going to lie...It took me at least 15 minutes of hovering outside the office and re-reading "Hi my name is Charlotte and I am the new intern", in French ten times before I worked up the courage to walk through the door. It was irrelevant; I had discussed politics, history, racism, the education system all in French during my second year at uni...But for those five minutes ‘je m’appelle Charlotte’ seemed like the hardest thing on the planet.

I have been here now just over a month and you will be pleased to know, my French is improving. Not dramatically may I add, but I have worked up from the basics anyway. Word of warning...Be prepared France is not just a country of baguettes, beautiful beaches and blue skies, there is a lot more to it. Since my arrival, there have been some ups and some downs, but it has only made my French adventure even more exciting.

Bank account, please? - The French and their love of paperwork
Arriving in France I wanted to set up a bank account ASAP, in order to transfer my money (which I had earned in Germany) over to my French account. It proved much more difficult than I had ever imagined. First things first, it is necessary to take the following things to ANY bank:
- proof of address (usually this is a bill or letter addressed to the place you are living. If like me you are living with a host family, you need to get your host family to write a letter, saying that you are living with them from (blah blah) until (blah blah.) Also take a copy of a bill of theirs)
- passport (this is usually needed for anything administrative in France)
- your student card
I opened an account at HSBC, where you have to pay monthly fees. For a normal account it was 7.50€, when I said I was a student it decreased to 3.50€, so it is always worth mentioning it! In some cases, I have also heard people need proof of earnings or status. A student card is classed as proof of status, just so you know.
It may also be advisable to take a copy of your birth certificate, just in case they ask. Trust me, after four appointments at the bank, it is better to take every document under the sun, rather than being told you need to come back again.

“Vous êtes magnifique” - French men
Whilst sometimes it is lovely to be told you are magnificent, it is seldom heard as you’re wondering round Tesco’s in the UK. Here, it’s a common occurrence. French men are very, very forward, sometimes to a point where it can get uncomfortable and it can certainly make you feel anxious. It is not uncommon to be "checked out", looked up and down, your looks dissected with pals (of the sleazy man variety) and then told you are beautiful. My advice would be to ignore it and walk in the opposite direction or find the nearest shop. From my experience, that has always worked. Of course I do not speak for all the French men. Some are lovely, in fact most are lovely, but it is always a good idea to be cautious.

Cheese, cheese, cheese - 2-hour lunch break
This is something I have really struggled to get used to. The enormous amount of food the French eat for lunch is crazy. Back home, I am used to a sandwich, an apple and a kit-kat, if I am treating myself. Here, four courses are the norm. A bowl of soup, vegetables and fish, cheese and bread and a generous piece of cake. It is a proper meal. Having the opportunity to live with a French family I think I have most definitely been submerged into the food culture, so of course living in student accommodation or a flat would be completely different - and may be better for your waistline! On the other hand, the topics of table conversation are often fantastic; I swear I learn more French in that hour than the rest of the day, so I wouldn’t have it any other way. Finally, do be warned, the French really do drink a couple of glasses of wine with lunch; it may not be a good idea to take part. I know after I have had a couple I either start to sing or want to go to sleep...And not return to work at 2pm.

Shorts + T-shirt + Sun cream = Work...What?
Working in the heat is never something I have had to do before. Normally if it is sunny, I am either in my garden enjoying a BBQ, outside a pub with my friends or on the beach. NEVER am I in work. It is only April, yet it is warm already and sitting in a dingy office all day, staring out the window at blue skies is not my idea of fun. Whilst I would also be happy to go to work in my shorts every day, the French do not seem to feel the heat. I have seen people wearing coats and scarves when it has been over 20 degrees celsius, so be careful not to reveal too much flesh; you wouldn’t want to shock your boss.

Sundays are so peaceful…But I have no bread?
On Sundays everything is closed. There are no 10am-4pm Sunday opening times, like in the UK. It’s simple, nothing opens. But what if I need chocolate, bread, milk, I hear you cry? Tough luck. My advice, buy in bulk. It takes a while to get used to the peaceful/boringness of Sundays in France, but I am slowly adjusting. Sometimes it is actually quite nice to just enjoy reading a book in the park or going for a stroll...Just don’t expect to see anyone and make sure the fridge is full.

Kissing - Greeting French people
French kissing. No this is not what you are thinking...But simply the kisses every French person does as a greeting on each cheek. But how many? Well, I have learnt from experience that this depends on the person and also the region you are living in. I always thought it was two, but no. With my French host family it is two kisses, at work with my colleagues it is three. Bizarre. And which cheek first? Nobody knows...I have even asked. I would say most of the time, go for right first, but usually just take note from your fellow kisser, try to avoid noses and go for the opposite cheek. It is also customary to make a slight "mwah" noise. However strange it sounds...It does happen. It is also necessary to say "bonjour" to everyone. At work, greet everyone. In a shop, say hello when you enter and say goodbye when you leave, otherwise people will look at you like you are from another planet and not just another country.

So far so good. If I happen to come across anymore weird and wonderful ways I will be sure to let you know...But for now it is time to enjoy a piece of gâteau and a coffee...I really am getting far too used to this.