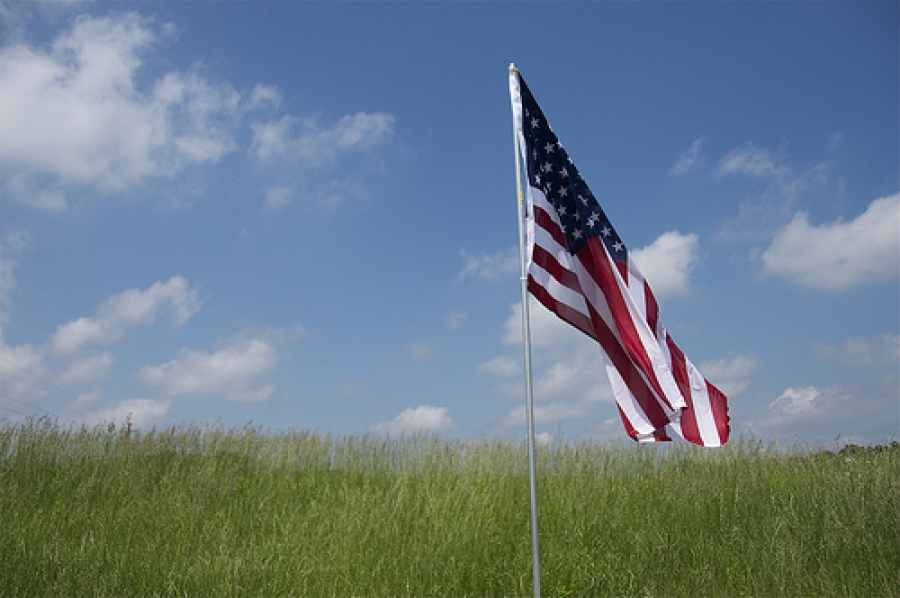 This article was written by Tilly Ingleby, published on 25th August 2010 and has been read 42479 times.

Advice USA Culture Shock Not a Linguist
Tilly Ingleby studied in Baltimore for a year, as part of her degree course at Swansea University. Here's her account of how to deal with culture shock and Americana...If you’re about to embark on a year in the States, I’d like to say a big well done to you for having the guts to do it, and to tell any sceptics you have to sod off. When people found out I was studying in America I could see the snobbery in their reaction and it’s infuriating.

Just because you’re not facing a language barrier (but speaking Spanish probably will serve you well) doesn’t mean you’re not about to face a huge culture shock, and just because it’s America doesn’t mean it’s a holiday! The American academic system is a much bigger challenge than most people expect so while you’re about to have the best year of your life, there’s a lot of work involved in it too.

Shock number 1: Americans your own age can act like kids.
One thing I wish I’d been enlightened on was the difference in behaviour when you compare a British 20 year old and an American 20 year old. We do act a lot older; we’re a lot more mature and tend to have our heads screwed on that little bit tighter. It doesn’t make them horrid people at all, they’re mostly lovely, it’s just a bit like being in your third year with a load of freshers. What doesn’t help is that so many of them haven’t flown the nest, so to speak. Because of the ludicrous setup with American tuition fees, lots of people are from the state and go home every weekend, so the sense of a lack of independence is painfully obvious.

Living in US halls means you’re going to be under the watchful eyes of an RA (Residential Assistant) which doesn’t help with the whole ‘these people act like kids’ mentality you may adopt (I know I did ). Sweet talk them, they love the Brits. Just don’t get caught giving booze to underage people, they’re legally obliged to call you up and you’ll be up a proverbial creek without a paddle. In most universities, you’re also going to be sharing a room. Luckily, I never did, but I was the only one out of my friends that had my own bedroom (it was right next to the shower though, which was fantastic when your idiot housemates insisted on taking showers at 3am…but that’s another story altogether). I’ve always thought it was a bit weird sharing your room with somebody, but then again, some people may have enjoyed it. It really depends on how much you value your personal space.

Shock number 2: How Americans drink.
The American college drinking scene is so astronomically different from the British drinking scene that it still baffles me. Remember when you were sixteen and you got someone to buy you a load of booze, sitting on a park wreck and sinking as much cider as possible because you didn’t know when you’d next get hold of anything remotely alcoholic? It’s a bit like that. In my opinion the drinking age being 21 causes more problems than it solves, but that’s by the by. In a vast majority of cases, campuses aren’t in city centres and they don’t have their own bars (unlike our Student Unions), so drinking is inevitably made quite underground, notably at house parties which you pray won’t get busted. Though, to be fair, these can be a lot of fun. Beer pong, red cups, that kind of thing. It’s a laugh. Prepare to enjoy beer and shots, Americans don’t really ‘do’ mixers, and it’s easy to feel nauseous when you’re sinking American beer; not only because it tastes of pee but because it’s so bloody gassy. House parties will be your social outing in the States, there isn’t a prominent club scene, a huge adjustment when you’ve been at a British uni for a couple of years. It is quite refreshing to be able to speak to people while you’re out and not have to screech, though. But be careful to watch your drinks.

The biggest warning I can give you about American drinking is drink-driving. I had no idea it was such a big thing but it’s scarily prevalent among students. Taxis are extortionate, and if your DD (designated driver) gets trashed, like they tend to do, cough up for a cab instead of getting in the car with them. You don’t want to get pulled over, or something worse.

Shock number 3: You actually have to do a lot of work.
We were warned before we went Stateside that the workload was a bit intense, but we thought it was just a scare tactic to keep us away from having too much fun.

It’s not a scare tactic.

It’s not that the work is harder or more challenging, there’s just so much of it. The term starts a good few weeks earlier than back home as well; before my friends were in their second week at Swansea, I’d submitted three papers, had two quizzes and a midterm. Big fat shock to my system. Whereas you can pretty much wing it at home when it comes to lectures and reading, don’t even try it in the States. Miss more than three classes and down goes your grade by a whole letter, and if you fall behind on the reading, then you’re about to embark on a stint in no man’s land. Sounds a drag but the constant assessment really does work in your favour. Bomb one paper? No biggie, it was only worth 10% so you’ve got loads of chances to make it up. It’s a relief when you’ve had two years of 100% exam modules like I did. It also totally transforms your work ethic in preparation for when you return for your fourth year and it all gets a bit serious. Plus, you may actually start to understand what your insane lecturer is talking about. Just maybe.

Shock number 4: Don’t take people at face value.
I wish that when I had my America ‘prep talk’, people had been honest with me so I feel obliged to mention that Americans can be seriously flaky, the girls in particular. We were told we’d be awash with people wanting to be our friends, yay for us, but you’ll find they want to be your friend for five minutes and then boom, done. It’s a bit soul destroying, especially as you’re probably going to miss your friends back home as it is. But don’t be totally put off. You will meet some diamonds, it just takes more work than you thought. People are going to know who you are (which is weird), and you probably won’t have a name for a while (you’ll just be the ‘British kid’). But join enough societies and go to events where people aren’t too smashed to see, and you’ll be fine. One of my best friends in the world is a girl I met in the States, I met her through my friend’s housemates and we talk every day now I’m home. Cling to the good ones; they invite you home for Thanksgiving and you can consider them as a free hotel when you come back to visit (which I guarantee you will).

Shock number 5: Weight gain.
Okay so you’re in the States so you probably think you’re going to put on a pound or two during your stay. But there is a reason the American campus gyms are free and it’s the meal plan. If you got nervous about starting uni back home and falling victim to the fresher’s fifteen then you’re going to have a heart attack if you have to sign up for a meal plan. All you can eat, three times a day, cooked the American way. Not for the health conscious. But if treadmills aren’t for you and your jeans start to pinch, then just tell everyone you’re fully immersing yourself in the American experience. Even if you don’t have to sign up for a meal plan, it’s easy to pile on the pounds. Portion sizes are bigger, food is fattier and most fast-food outlets serve large meals as standard portion. Quick warning; your body may not agree with American dairy because of the difference in American and British pasteurising. If you feel queasy, it’s normal, just go and speak to your doctor. And try and stick to bottled water when you first land, the bugs in American water have been known to turn British tummies a bit.

Shock number 6: America is bigger than you realise, but you’re kind of stuck.
I can’t stand being cooped up, so what I found tough was though knowing how much of America I wanted to see, getting around the country was going to be extremely difficult unless you drive out there. Trust me, after your year abroad you’ll never complain about British public transport again. Mainly because we have more than one service a day and the people on buses and trains tend to not be too lunatic-like. I took a bus to Baltimore Harbour on St Patrick’s Day and was asked by a druggie and his girlfriend if I wanted to have a threesome with them; it really did take everything in my power to say no. I used to mock Americans for driving everywhere but you’ll quickly realise it’s because they have no alternative; there aren’t any bloody pavements in some parts . It makes little things like going to the supermarket very difficult indeed. So make sure you’re friendly with people who drive, they’re more than likely to say yes when you plead for a lift to Walmart/the train station/anywhere off campus. One perk, domestic flights are extremely cheap so you can fly coast to coast for just a couple of hundred dollars, and Greyhound routes run across a lot of the country (just watch your stuff, there are some true nutters who travel on them).

I don’t want to make your year abroad sound like it’s going to be painful and depressing and a waste of time. It’s far from it. Just be aware it’s not all roses and there are a lot of adjustments. You’ll feel a bit homesick a few weeks in, when the novelty of ‘oh my God I’m in America’ has worn off, but make sure you sit back once in a while and think 'wow, I’m in the States, how good is this?'

Because it is. You’re a very lucky bunny to be in America for a year. I wish I could go back!

Beating homesickness - the 10 steps to happiness!

by Lucy Colclough
Living and working in Italy