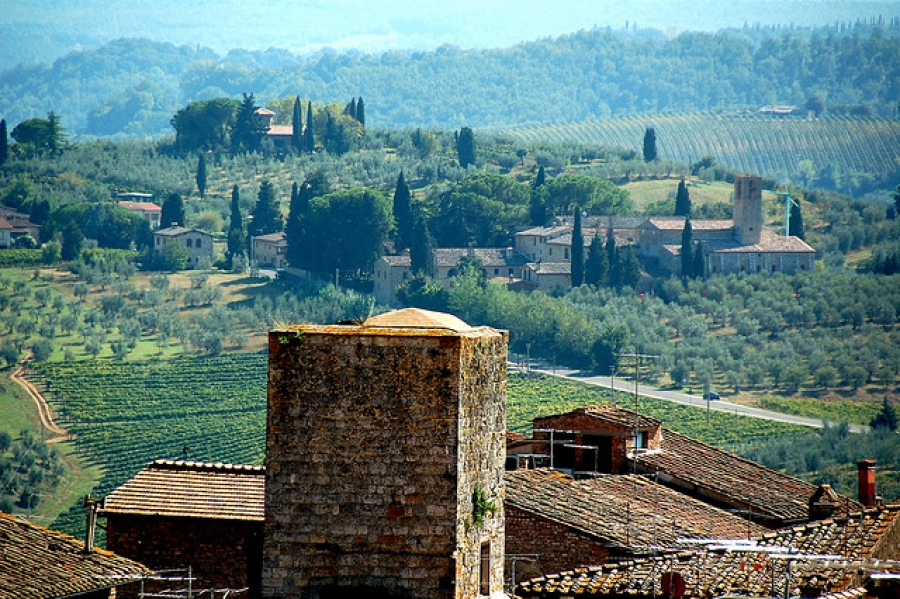 This article was written by Renate C, published on 24th February 2011 and has been read 30939 times.

Italy Florence Culture Shock Siena
Tuscany. Home of Renaissance art, amazing wine and, lest we forget, the leaning tower of Pisa, it’s the go-to place for those who want to experience first hand the fruits of Italy’s illustrious history. It comes as no surprise to learn that Tuscany is one of the peninsula’s most visited regions, but what is it like to live there as a fish out of water? Here are some things that I have observed so far...

It goes without saying that Italians are proud of their cuisine, and the Tuscans are no exception. Take a turn around the supermarket and you will notice that much produce is locally produced - only the home grown will do. Find a good restaurant in Tuscany and you could be in for the best pici, wild boar or truffle sauce of your life; the only caveat is that after a while the food worshipping can get a little too much for this foreigner. It is true that Tuscans have much to be proud of when it comes to food, but at times their pride can border on narrow-mindedness and arrogance. Firstly, many Italians (not all of them!) believe that British people can’t cook and this is highly irritating. One of my English friends here in Siena almost gave her housemate a coronary when she told him that she knew how to make pizza from scratch! Secondly, many Italians seem to find it hard to open their minds to foreign cuisine - the lack of such restaurants in Italy is testament to this. Of course, I am generalising and possibly unfairly tarring all Italians with the same brush, but my friends and I have had first hand experience of individuals who turn their noses up at anything that isn't Italian. Being from a country such as England where consuming dishes from all over the globe is the norm, eating Italian-only is a difficult concept to understand.

2. Queuing isn’t a given

When Dante wrote The Inferno he was clearly having a premonition of Esselunga on a week night. 'Excuse me, but there is a queue' is the one phrase that I’m pretty sure does not translate into Italian. In the supermarket, something resembling a queue might be formed, but you can guarantee that someone will push past you. If you happen to be near the front, you will almost certainly get an old lady standing an inch away from you breathing down your neck to hurry you on. It baffles me how a nation who are known for being so laid-back and lovely could turn into such hot heads, especially whilst purchasing the thing they love almost more than life itself (see above).

Some people in Siena have a way of looking at you that is hard to put into words. They don’t just glance at you, they stare, as if they are trying to burn through your soul with their eyes. I'm still not sure what it is about me that warrants such looks, but friends in other parts of Tuscany have noticed it too. You get used to it.

4. To 'fare la bella figura' is of utmost importance

Again, what applies to the whole of Italy also applies to Tuscany. Keeping up appearances (to''fare la bella figura') is a huge part of Italian culture and nowhere else is this more evident than on the streets of Florence and Siena, where fur coats and Prada eyewear rule supreme. Of course, the concept of making a good impression in Italy extends beyond appearance - it's about how you conduct yourself. Needless to say, staggering around drunk in a mini skirt and cheap shoes when it's minus 2 degrees out is a sure fire way of ensuring disgusted looks. When I first arrived in Siena, I felt as though everybody was staring at me. I soon realised that there are simply certain style points that the Italians just don't dig - namely bad quality footwear, creased fabrics and chipped nail polish. Grunge chic does not translate.

Clichés are clichés because on the whole they ring true. No studying can prepare you for going to a place and conversing with the locals, especially in Italy where regional differences are stark. When someone says 'venti-shinque' to me in Siena I now know that what they mean is 'venticinque', likewise when they say 'baheca' (almost like a 'k' mixed with a Spanish 'h' rather than a straightforward, hard 'k' sound) what they mean is 'bacheca'. It took some getting used to.

Tourist brochures and the like lead you to believe that all Italians are warm and welcome you with open arms. For the first few weeks in Siena I found this to be far from the case. In fact, I found people quite unfriendly. But then I started to go into the same shops again and again and get to know the same faces and I realised that you mustn't be disheartened by the death stares. Once Italian people open their hearts (and their homes) to you, they are incredible. It's the camaraderie with strangers we have in England that doesn't exist. Italian warmth is sincere and selfless, it's earned. So don't be too upset by that old lady looking you up and down, she is probably a devoted grandmother and an absolute joker at the dinner table. It's just not part of her culture to grin at strangers!