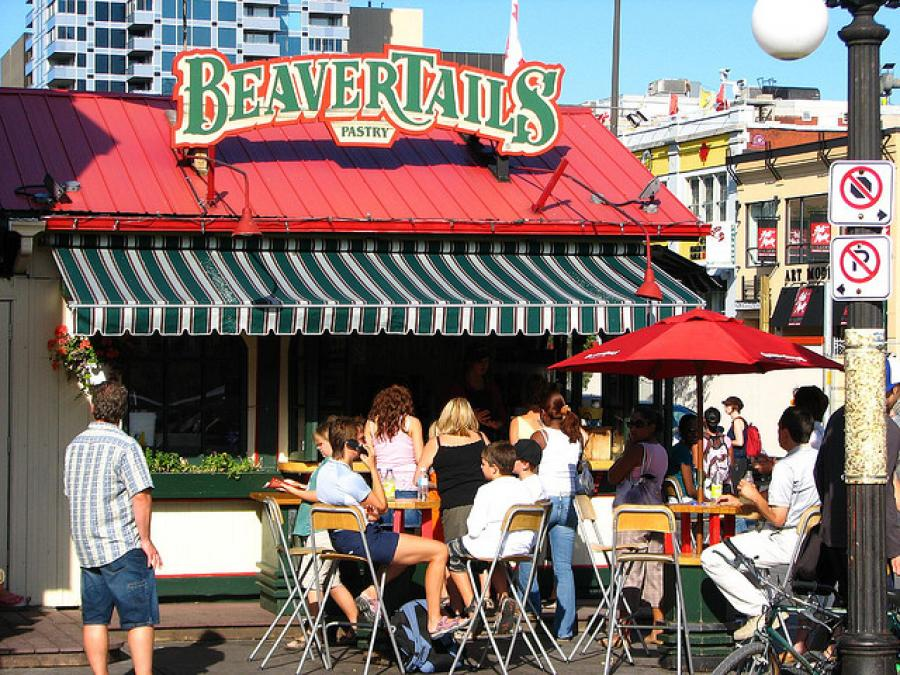 This article was written by Hannah Barr, published on 24th October 2013 and has been read 54430 times.

English Exeter Culture Shock Canada Ottawa
How hard could it be to move to another English-speaking country? How much culture shock are you really likely to experience? Actually, quite a bit. The thing with doing a year abroad in Canada is that you expect it to be British with a few quirks and slightly American sounding accents. And then you arrive and the signs are in French and the people speak at you in something which sort of resembles French but also really doesn’t.

So what are the things that might trip you up culture-wise and how do you tackle them? The first and most important thing to remember is that the differences aren’t there to plague foreigners, they are just rational things for the country you are in. You might find it weird, but they don’t, so you can either fight it or go with it.

Canada is a bilingual country, unless you are anywhere other than Ottawa and New Brunswick, in which case it’s either English or French and there’s nothing you can do about it. I was in Ottawa at a bilingual university which meant all university emails were in French, occasionally with an English translation, and all the signs in and around the campus were also in French. It only took a few months of walking into doors before I worked out that tirez means pull. Furthermore, my roommate was from deepest, darkest Quebec so we had a few translation issues. The best advice I can give if you find yourself in French Canada is to grab a phrase book and just speak your French really clearly and then you might just get through the dialect barrier.

The first time I even heard the name of the premier Canadian supermarket mentioned, all I heard was, “You get your food at Blah Blahs.” It wasn’t until I stumbled across it by accident that I discovered it was called LobLaws. And the first time I visited it, it was so exciting: live lobsters, all the cereals you only see in North American TV shows, and an entire aisle dedicated to maple syrup. But the second time I visited, however, I broke down in tears because I just couldn’t find food that looked normal. I have never been more thankful for EU food standards than when I was faced with bright blue cereal and nothing else. I was lost in a maze of brightly coloured food that makes your stomach ache just from looking at the packaging; and by the time you get to checkout, the price they tell you completely isn’t the price it says on the shelves thanks to the adding on of tax afterwards. And don’t even get me started on the chocolate they sell out there, I think a cardboard box would have a more appealing consistency and creamier taste.

It’s similar, but not: never underestimate the culture shock that comes from being in a place where it’s kind of similar to home, but is also really different. It lulls you into a false sense of security which, when dashed, can be quite a lot to handle.

Perhaps the greatest thing I learnt whilst I was on my year abroad was to embrace the idiosyncrasies. Sure, I have incredible memories from doing massive things like quintessential Canadian activities and all the travelling and exploring I undertook; but I also remember so fondly the little things I had to deal with on a day-to-day basis. It sounds mundane, but I’m glad I took the time to appreciate the difference in road signs in Canada to the UK; I’m glad I examined all the weird and wonderful creatures that appear on Canadian currency; and I’m sort of glad to have tried blue cereal. If you can’t make peace with the little things, then culture shock is going to take over and spoil your time on your year abroad, and that really needn’t be the case.

by Becky Tomlinson
Lost in Translation