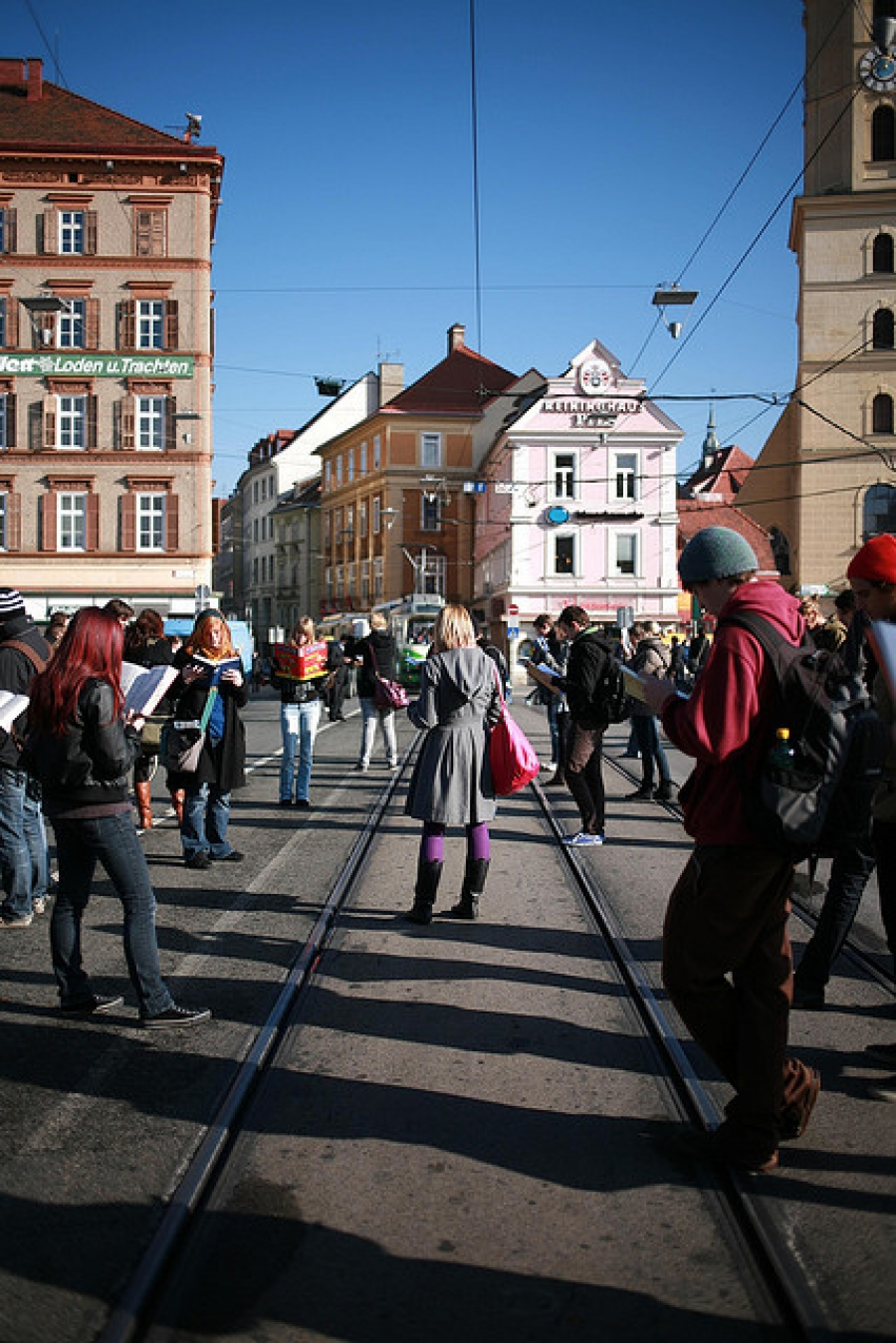 Students in Graz by Georg Wallner

This article was written by Antonia Storey, published on 23rd January 2011 and has been read 65919 times.

Austria Living and working in Austria German Culture Shock
1. Was mach’n?Nothing prepares you for the German they speak in Austria.  Having spent my year abroad in Tirol, I now joke I speak Tirolean rather than German because they are two entirely different languages.  The first time someone opens their mouth and exclaims “isch mia wurscht” you will wonder where the hell you are and why on earth you chose to come here and you probably won’t figure out the answer to that question until you’re sitting in your first language class back at university and you can understand everything that people say in Hoch Deutsch but they have no understanding of your dialect whatsoever.  Understanding Austrian German is a huge advantage for the future and it’s something you just cannot pick up from a textbook.

Best advice for coping when you first arrive? Don’t panic, accept that it’s going to take four or five weeks to get to grips with the crazy vowel sounds and entirely different words (they don’t have Kartoffeln here, they eat Erdäpfel for example) but do try and pick up the dialect. You’ll get maximum respect from the locals for it and it’ll prevent you from being seen as a German which is definitely advantageous.

2. Xenophobia
The Austrians are, to put it mildly, a little insular and you may experience a little resistance to the fact you are foreign.  This is a small country with a tiny population and in order to maintain their culture they have become really quite inward-looking and closed to foreigners.  However, mostly if you are British they won’t mind because the Brits are a big hit in Austria and the Americans seem to go down quite well too.  There is a similar problem with their reaction to the Turkish as there is in Germany but many of the Turkish people have integrated themselves well into society and rub along fine with the natives.  I would recommend keeping out of the squabbling – you’re not going to solve anything and you may just get yourself into a sticky situation.

3. Gruas di!!
One thing I loved about my time in Tirol was how everyone greeted each other in the street.  It’s not like in England where you’re only entitled to acknowledgement if you have a Labrador and are out for a Sunday meander down country lanes, in Austria they always say hello.  To begin with I would respond to Gruas di with Guten Tag or something similar. NEVER do that.  This makes people stare at you and marks you out as foreign right away so go with Servus, Grüss Gottor just return Gruas di.  Pfia di is goodbye and they don’t really use Tschuss, ciao is far more popular.  This simple hello can often lead on to a chat about the weather (not just the territory of the British it seems) and starts to get you recognised around town which is always nice.

4. Trains
Trains in Austria still have good old fashioned compartments like you see in black and white films.  First off, always book a seat on a train if you can because if the train is too busy you may be asked to get off if you don’t have a seat and Austrians can be a little reluctant to give up the seat their bag/newspaper/dog is occupying.  If you end up in a carriage, you will probably be required to chat.  People like chatting and if you’re riding from Innsbruck to Vienna for five hours then it is a good way to pass the time! Always greet people when you enter the compartment and it’s customary to say goodbye when you leave.  Don’t put your feet on the seat opposite – this will definitely not go down well and another passenger will tell you off if the conductor doesn’t get to you first. The best part about Austrian trains? They are virtually never late. Bliss.

5. Reduce, Reuse, Recycle
Austria is beautifully clean – the air is fresher, you could eat off the pavements and their waste disposal system requires a degree to understand.  Littering is very rare which is such a pleasant change from most of Europe and after the first few weeks of surreptitiously fishing the paper you accidentally threw in the plastic bin at work back out again, you’ll quickly be on top of things.

6. Brussels? Why would anyone want to go there?
An Austrian did actually say that to me when I asked the best way to travel to Belgium from Austria and it represents well the general attitude to the outside world.  People here don’t want to travel.  They love the towns they were born in and most spend their whole lives there.  Travelling away to university is rarely done – people go to the uni in the nearest large city and travel home at weekends if they can so having come to spend a year away from my friends and family in a foreign country *gasps of horror* was considered quite the novelty.  By the end of my year abroad I had visited more of Austria than my work colleagues (it wouldn’t take much) and they considered me quite the jet setter which says more about them than me!  Don’t let the small town culture infect you though, get out and see as much as you can whilst you have the opportunity and resources to do so.

7. Hey, das geht ab, wir feiern die ganze Nacht – die GANZE NACHT
And all day too given half the chance. At least once a month the Austrians find a reason (usually winter sports based) to take the day off school and party all day and it is awesome to behold.  They really know a thing or two about the street party here so get involved. It is amazingly good fun.

Make the most of your weekends: Quick trips from Vienna

by Robert Pinn
Living and working in Germany

The Age of Dinosaurs: How did a Year Abroad work before the internet?

by Katie Ritson
Living and working in Germany