Lucky 7: Potential catastrophes & how to cope 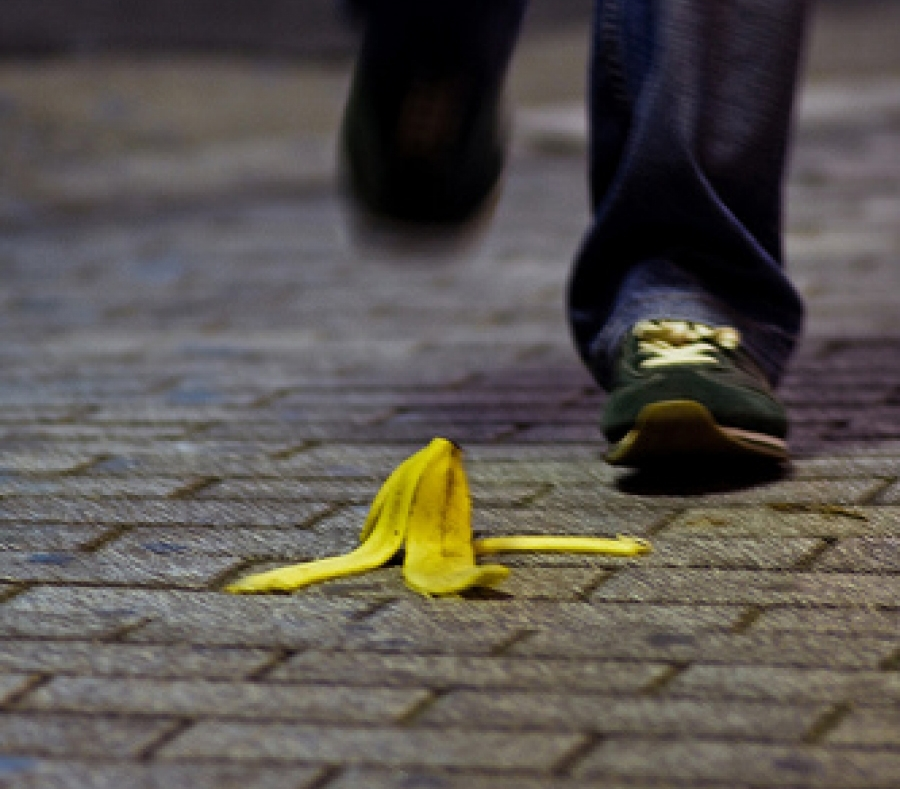 Watch out by Coal Miki

This article was written by Tom Stephenson, published on 16th September 2010 and has been read 11045 times.

Here's how to avoid cultural faux pas and potential catastrophes when living abroad.

The situation: You are a forgetful klutz and leave your card in an ATM. You are an unlucky klutz and get mugged (see below). Your over-protective bank freezes your account*. However it happens, being stuck without money is likely to reduce your internal monologue to ‘ohhhhfudge.'
How to deal with it: Keep some amounts of money in separate and safe places. If you are going to be in the same country for a while then it would be a good idea to open an account there. Ask for help from your hosts with this as it can be a long, tedious process. And if you’re really stuck for cash then be super nice to your new best friend/host and ask to borrow some.

The situation: You get off the cramped plane on which you tolerated the delightful child putting lego in your ear and dribbling on your arm through gritted teeth. Patiently, you wait with everyone else, staring at the conveyer belt as it revolves around forever and forever. And your bag doesn’t turn up!
How to deal with it: If you can afford it, buy new stuff. Keep all the receipts. Write a politely worded stroppy letter to the airline, let them know you’ve replaced your stuff. They’ll ask for the receipts and should refund you. Eventually they should find your suitcase (unless it was set on fire and thrown out of a moving plane) and then you’ll have double the amount of clothes you had! Jurassic Park.
Less sensible option: When it becomes clear that your bag isn’t on the revolving belt simply take one of the suitcases that is there and make a sharp exit.

3. Not getting on with your hosts

The situation: You get out of your taxi and prepare for a warm welcoming hug from your host/new best friend. Your new best friend gives you a Gallic shrug and shows you to your bed in what appears to be the dogs’ room (you are sharing with the dog). They listen to loud music of a genre that isn’t your thing at all hours of the day and steal your clothes when you’re not looking. Depending on how you’ve arranged your trip abroad, it can be potluck as to whether you’ll actually like the people you’re working or staying with. If you’ve never been abroad on your own before it can be a testing time while you try to find your feet.
How to deal with it: Do not hit them as this will exacerbate matters. Focus on the elements that you like about where you are, find activities you like and make friends with the people associated with them. Try not to spent hours on the phone/Skype to people at home as this won’t help with homesickness.
Less sensible option: Use your time over there to hone your swearing-in-a-foreign-language skills.

The situation: You’re cutting through some side-alleys on the way home, walking on a seemingly deserted beach, being a loud drunk English tourist in a place they’re not welcome (pro tip: this is anywhere). In some areas it’s just plain difficult to avoid being mugged at one time or another.
How to deal with it: As above, do not hit them. It’s probably an even worse idea in this situation as most muggers tend to carry sharp pointy objects with them, or worse, shooty objects. If you’re in a notoriously dangerous part of a city, then carry very little money on you and as few essential documents as you can. Carry a second wallet filled with monopoly money. Have a budget phone that’s cheap to replace.
Less sensible strategy: Run away any time a shifty looking chap (or sinister lady) comes up to you. Of course, you could be losing a potential friend here. And look a bit mental in the process.

The situation: You are teaching kids your native lingo, and, fancying yourself as a bit of a know-it-all, you start practising in Spanish and end up saying 'Soy muy caliente' (note: not very warm, but rather very horny). You ask your landlord if he'd like to get paid in person, as opposed to in pesos. Intense look and slight seedy muttering to follow.
How to deal with it: Shit happens. Imagine explaining that saying to a foreigner. Anyway, try and brush it off; everyone makes mistakes when they're abroad and at least you'll definitely remember what to say now. Bit more exciting then when and where you're supposed to use the subjunctive. Remember, abroad, you have no concept of what is embarrassing or how to blush.
Less sensible option: Carry on making the same mistake as at least it gets people talking about you.

The situation: You rock up to the kitchen table, only to discover something looking pretty suspicious on the plate in front of you. You may recognise what beast it is; you may be less fortunate and have to second guess. You order the special, only to discover it's very special indeed. Your stomach's doing somersaults, you don't want to embarrass your guest/hosts by not tucking in.
How to deal with it: Try and keep unnatural facial expressions at bay. Enquire politely as to what is in front of you, and how best to eat it (chewing, for example, could make the taste linger). Refrain from running a mile away from the table, hurling out 'They're coming to get us, run!' or anything you have once heard in a sci-fi film. Man up and try to eat it. If it's meat or fish, claim to be vegan if the delicacy is still moving on the plate.

7. Getting caught smoking in a non-smoking area

The situation: It was wet outside and you didn't really fancy running out to get a few puffs, with the tramp pillaging the nearest bin for company. You light up in a quiet corner of the bar. Except the cute waitress is now giving you a look of slight contempt. Make that full-on contempt, as she's charging towards you.
How to deal with it: Blow her a kiss. No, don't be silly. That only worked with your Mum when you were 13. Look straight at her, though. Don't pull on your cigarette like you're in a John Wayne film, just keep it in the ashtray. She'll speak, she'll point, you'll look totally unabashedly perplexed at the idea you can't smoke indoors, feign ignorance etc etc. She will note from your accent, clothes and hand gestures that you are just another foreigner and tell you to put it out. And you'll do just that, with perhaps a 'sorry' thrown in for good measure.

*banks can be worse than useless when you are abroad. As (in most places) you get charged for taking your money out the logical thing to do is to take more money out at a time. The bank (or rather the bank’s computer) sees huge wads of money going out in a foreign country and automatically freezes the account as they think someone is robbing you silly.