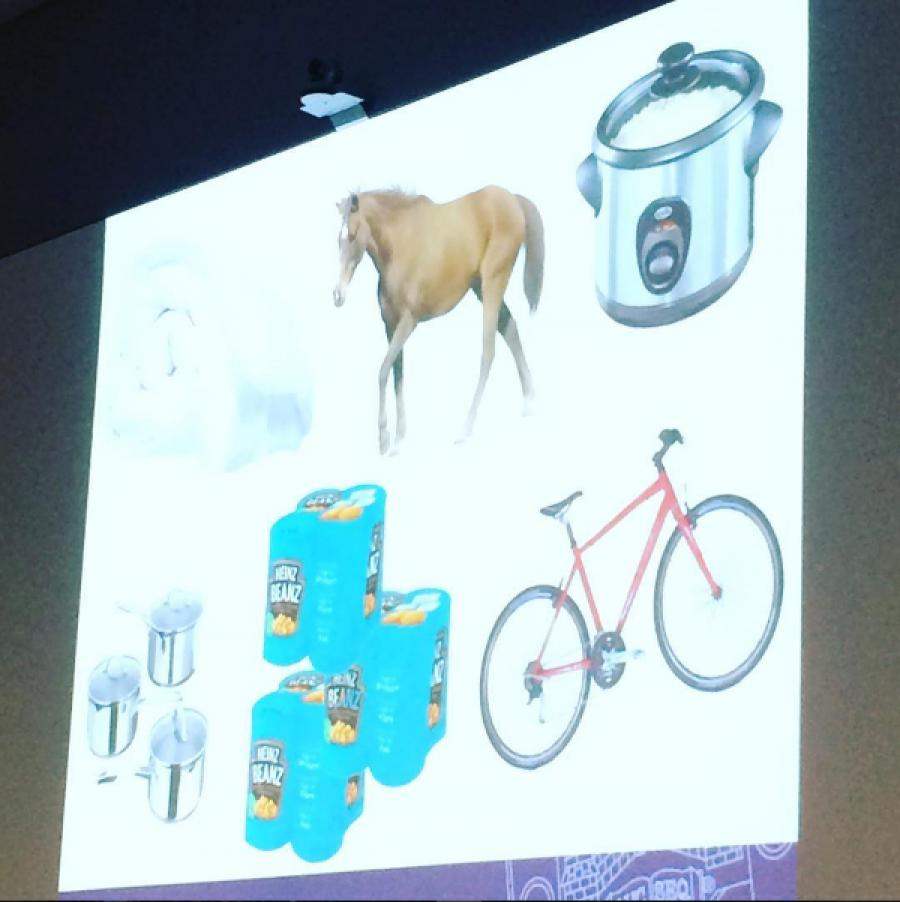 Things students have taken on their year abroad

This article was written by Global Graduates, published on 18th August 2016 and has been read 8814 times.

Study Abroad Coordinators are a long-suffering bunch. Each year they deal with a mountain of admin, dramatic long-distance phone calls and hilarious 'lost in translation' moments. We travel around to lots of universities each year, and thought it was only fair to share some of the very funny anonymous anecdotes and cautionary tales we've heard from the depths of universities' International Offices... (this list is updated when new submissions are received).

1. "One student went abroad for the year and took his mother with him to do his housekeeping."

2. "In one incident of Too Much Information, one student informed us and various male academics, in glorious technicolour detail, how her contraception had failed and she could no longer go abroad."

3. "An incoming student informed us that he'd chosen our university even though it wasn't a "vibrating" campus. Another incomer and their parents complained vehemently to us because we had not processed the student's application and there was never anyone in the office to answer their phone calls. We discovered that the student had ignored our application information and had decided to do their own thing by applying to a college with a similar name in another country. The complaint was withdrawn."

4. "After two days on placement in France a student called me to say her mother, who had travelled out with her to help her settle in, was taking her back to the UK. The reason? They went to a bank to setup an account and no one spoke English... I was stunned. That student would have benefited SO much from a placement abroad if only her mum hadn't projected her concerns and dictated how she dealt with the challenges!"

6. "I've only been a Study Abroad Coordinator for 3 years, but in that time I've dealt with so many broken bones and admin fails from students. Most recently I've had student emailing me several times asking me to pay her a bursary, despite having not sent me her bank details (I've sent 3 reminders). Unless she thinks I'm able to send her money by magic, she's not going to get anything!"

7. "I once had a student in Rotterdam who rang me saying 'I think I've broken my ankle, what should I do? Where is my local doctor?' Clearly, not a student familiar with Google. Luckily, I'm a first aider so was gave her some basic advice, but ended up telling her to speak to someone locally at her host uni to find out her nearest doctor. With 70 different study abroad partners, it's not like we're going to know which surgeries to recommend in every city! That's my general pet hate - students who ask their home University something specific about their host country or institution - use your initiative and ask for help locally first!"

8. "I've had students ask me 'Do you book our flights for us?' - well, there's a lot we do provide for students, but we're not travel agents!"

9. "Probably my worst (and not particularly funny) horror story was student on exchange in Asia, who had hopped across into a neighbouring country during a semester break, had some horrible accident resulting in a fractured skull. Since they were on 'holiday', the University's insurers originally said they'd have to pay for their treatment personally. For some unknown reason they changed their mind, but the student was alone, with a serious injury and facing a potentially enormous medical bill. Moral of the story? Read the policy, check what it covers, and treat all holidays you take during your year abroad as you would do if you were here in the UK - you need to get holiday insurance."

10. "I once welcomed a student at the airport who packed an entire extra suitcase of haircare products, for which she had to pay USD 400 in baggage charges. This followed a comprehensive series of pre-departure messages that emphasised the importance of packing light, especially as almost everything is available on Amazon. She didn't see it as a problem but I wasn't impressed!"

11. "I had an email from an incoming Spanish student who wanted to confirm that he had f***** his flight! I didn’t have the heart to tell him that this is not a British practise and simply booking would be enough in future."

12. "Students when asked to submit results of their chest x-rays for their year abroad in Japan and Korea seem to think I need the actual x-ray. I am now collating quite an arrangement of lung x-rays!"

13. "The Personal Assistant of the father of an incoming student from a very prestigious university phoned our office to ask where the student can find the limousine our university has sent to pick her up from the airport. When we said that there is actually a direct bus connection to campus, the PA said: "Well I guess it is good for her to see for one semester how people not so lucky and privileged as she is have to live and what they need to cope with.". We felt sorry for ourselves. No, not really. But for her."

14. "One student went to northern Europe but left almost immediately because "everyone rides bicycles". When we suggested that they could ride a bike too, the response was "I don't do that"."

15. "A student in Italy this year sent me an email saying he would mail me a postcard from Italy but couldn't figure out how to use the mail. He had never used the mail in the USA before applying to study abroad."

16. "When asking a student to come in to the office to show us her visa, she apologetically explained to us that she only had a Mastercard..."

17. "Today we became ghostbusters for a summer school student scared of her room following a bad dream and finding a bible in their room (she thought she'd seen a ghost in the night). Apparently in China and Hong Kong finding a bible in your room means someone has tried to remove ghosts... Just another diverse problem solved by Study Abroad administrators!"

18. "I am fairly new to the Study Abroad role so this year has been an eye-opener! There has been everything from missing mobile phones to people getting lost in the airport and missing connecting flights. I think that students sometimes think we know everything; even the layouts of airports we've never even visited!"