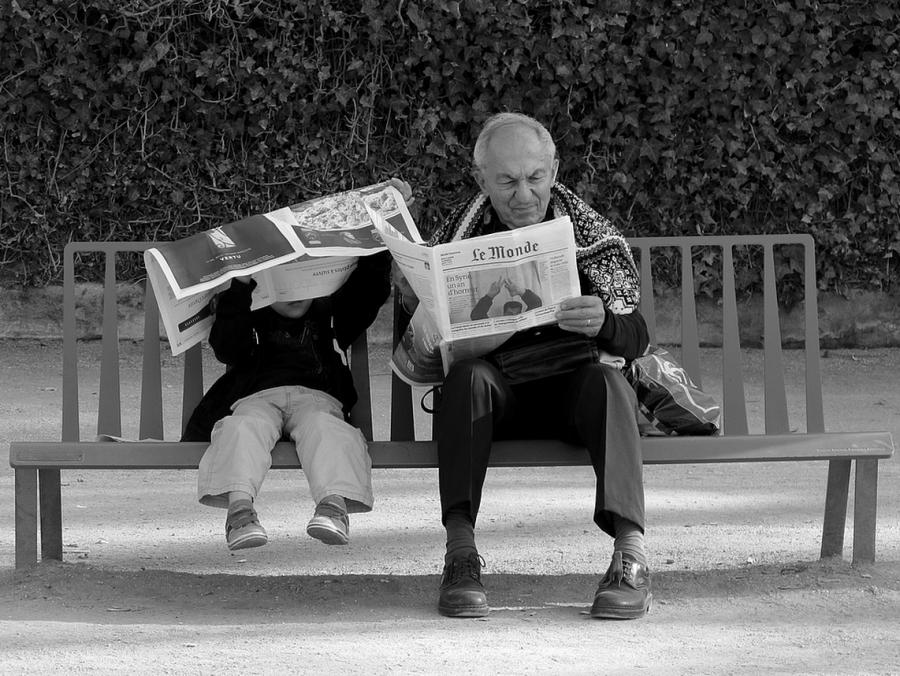 This article was written by Sophie Otway, published on 8th September 2015 and has been read 3780 times.

Sophie Otway worked as an au pair for a year in Paris. While she was there, she also worked part-time as a tutor. This is her experience...

Dimanche in Paris. Nothing is open. Except the cinema. Parisians everywhere exit their tiny apartments and climb down their windy staircases to go to the cinema.

Not me. I normally lay in my hangover bed until about 4pm and then (reluctantly) make myself presentable to go down the family who I tutor for once a week.

The family have three sons. Yes, THREE SONS. The poor mother has bags under her eyes like you’ve never seen before. But she is surprisingly always cheery and always offers me fruit tea with with sugar and milk?! I think there has been some kind of misunderstanding in France about English tea drinking habits, as this is not the first time I have had to politely (and sadly) pour milk onto a green tea bag to appear grateful for the offer.

I take it in turns to spend time with each of the boys. Ten minutes with the youngest and half an hour each with the two eldest boys.

They youngest son is Jeremy who is eleven. He hates English. He normally is only able to sit down with me for about ten minutes before he starts convulsing with frustration at not being able to form an English sentence. He looks at me in complete disbelief every time I ask him a question in English, as if he can’t believe I would be so cruel to enter his home and speak to him in an Alien language. His mother normally comes and takes him away after about ten minutes before he explodes.

The second eldest is Sébastien. He is thirteen. He has the longest eye lashes I have ever seen on a boy. On my first lesson, he was so shy he was not able to meet my eyes once. When I told him at the end of the lesson that I was impressed by his English he blushed furiously and tried very hard not to smile. Over time he has become less shy. I once arrived for the lesson and as he was clearing his desk he turned to me and said in a very heavy French accent: “Uh I am sorry…I am a bit messy.” which I couldn’t help but think was a phrase he had pre prepared for our lesson. After a few months of tuition he started to check his phone under the table during our lessons. On his pencil case, scribbled in felt tip says ‘I <3 Aurielle’.

The oldest is Gerome. He is sixteen. His English is nearly perfect and we speak only in English together. I get the impression that he feels I would probably just embarrass us both if I tried to speak in French to him.

He has an air of cockiness that most teenage boys like to accentuate. But he is likable and makes easy conversation. Occasionally he likes to say something to try make me feel uncomfortable. He will refer to a crude joke in a recent film to try and gauge my reaction. Normally I don’t flinch, and then laugh to myself when I get home later. I think he must think I live some wild single woman lifestyle as he once asked me if I knew anywhere that him and his friends could have a party for fifty people. Having only lived in the country for six months I was not exactly in the habit of hiring out large party venues in the local town.

The boys parents still seem happy together. I once saw them late on a Friday night coming home from the train station holding hands and talking animatedly. I thought it was adorable. They hadn’t seen me and I walked slowly behind them appreciating their happiness until I felt like a massive stalker and got scared that they would turn around and see my grinning at them like a Cheshire cat.

Sometimes when I arrive on a Sunday evening I can feel the boys secret dissapointment. What teenager would want want to spend an hour of their weekend being tutored when there is a football match on tv? But they are polite, and normally after ten minutes they ease into the lesson and I can see they start to enjoy being able to tell me things about their lives in a different language. It is the same for me. Two hours before the lesson I am reluctantly emerging from the shower trying to rack my hungover brain for useful English verb endings. But during the lesson my hangover dissapears.

Gerome once said to me when I arrived: “I saw you on the metro the other day. I was going to say hello, but you looked like you were in your mind.” And it dawned on me that perhaps they think I’m just as unusual as I think they are.