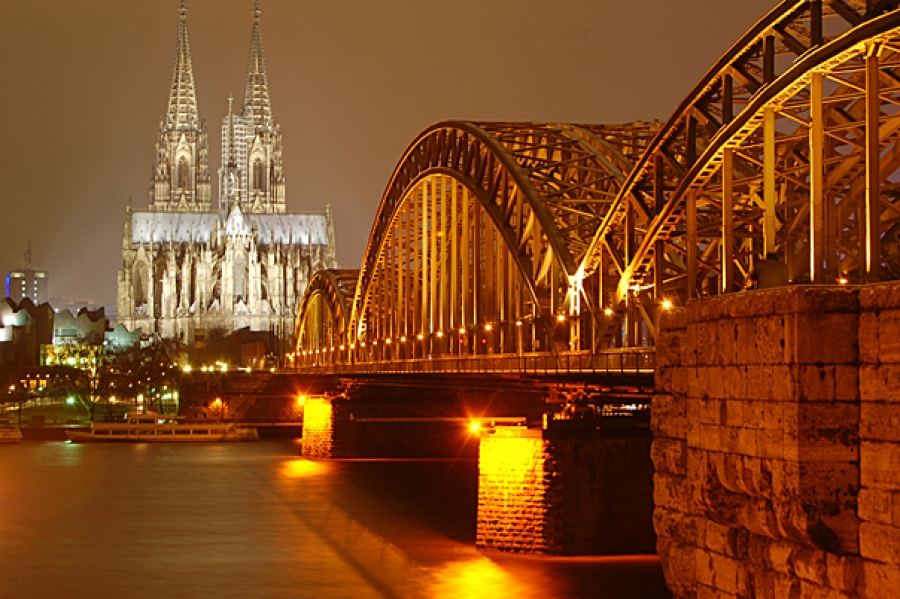 Cologne on the Rhine river by motiqua

This article was written by Global Graduates, published on 12th May 2010 and has been read 28056 times.

Cologne
City of Students Just along the Rhine River is the lively compact city of Cologne, Germany’s oldest and fourth largest city. Its high population count is most probably helped by the 70,000 students who flock to Cologne to take advantage of its excellent universities and colleges. The city has attracted a diverse flow of people through the ages, from the Romans to Polish to Turks, all leaving their mark on this fantastic city. The architecture is a divine mixture of Roman ruins, medieval facades through to more modern, art-deco features that came in last century.
The Mole Diaries: Cologne  The Mole Diaries: Cologne (Volume 2)

Why should I choose Cologne for my year abroad?
Cologne’s people are open-minded and liberal—there’s even a gay pride festival, Christopher Street Day, which attracts a crowd of over 1 million. Amidst the many festivals and fun weekend exhibitions, you’d be a fool to miss the much celebrated Carnival, a festival which is declared precisely on the 11th November at 11.11pm. The actual festivities begin much closer to the end of January, after which it transforms into a series of spectacular masked balls and parades that entertain well over two million party goers a year.

Museum-wise, it doesn’t look too shabby either: have a nosey round the Ludwig Museum and feast your eyes on a very post-modern collection, with some Lichtenstein and a hefty display of Picasso’s works, through his phases. You’ll want to make the most of the city’s Veedel (or neighbourhoods, to you and me). In the bohemian Agnesviertel, you can shop around one-of-a-kind bookshops and experience some cool bars. Alte Feuerwache for politics, art and culture exhibitions.

A bite to eat will be easy to find and you’ll be happy to hear that Cologne offers traditional, exotic and continental food, all at student-friendly prices. If you’re after a lamb shish kebab or some Sauerbraten, the city will tickle a taste bud (or many). Friendly locals will undoubtedly share a drink or two of the local beer, Kölsch, served in small, instantly refilled glasses. You’ll be all the merrier once you get in the swing of things in one of the many bars on offer, but if you’re looking for a young and happening crowd, look no further than Hellers Brauhaus or Bauhaus Pütz.

If a street filled with bars and drinking dens sounds like your kind of night out on the tiles, then head on down to Friesenstraße for some serious debauchery. The clubbing scene in Cologne is pretty darn good, with many venues on offer. You may want to take your party feet to the following: Blue Lounge Party for some house, techno and trance; GEBÄUDE 9 for international DJ sets; if soul, hip hop and funk are more your thing, you’ll be grinding along in Agropo* and (the sound of the...) Underground will satisfy even the darkest metallers out there. Cologne is a perfect brew of old and new. One part a blur of skyscrapers, the other a brilliant blend of roman ruins, mysterious medieval sites and exquisite baroque palaces.

How do I transfer my loan when I move abroad?

There's lots of different options out there to help with money issues.  It is possible for you to transfer your loan to an Italian bank account, you can usually do this if you have online banking and...

by Erica Lee
Living and working in Germany