Clubbing: Is it different in France and Britain? 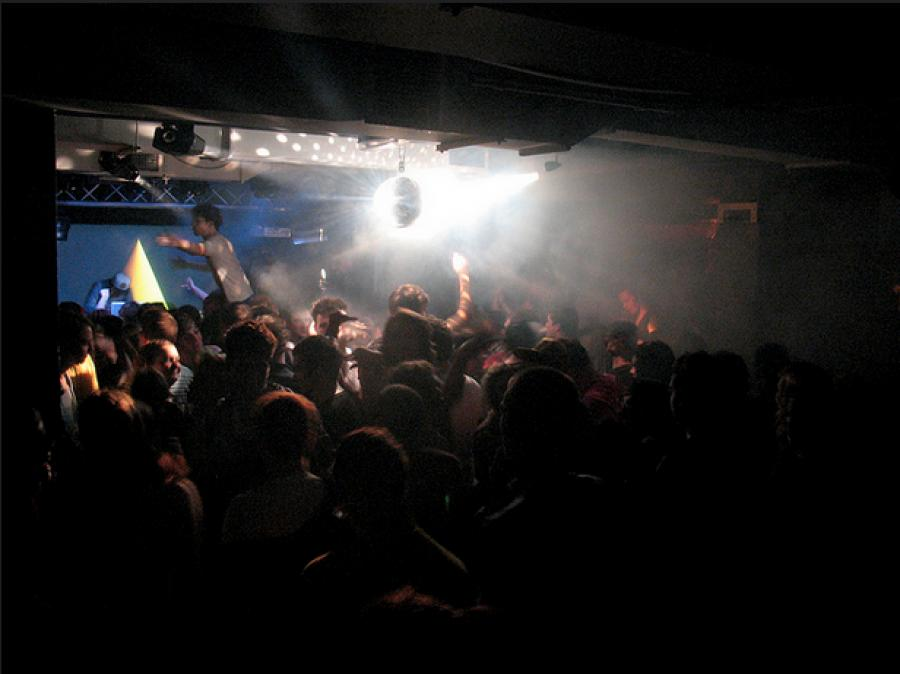 This article was written by Jennifer Benson, published on 1st July 2015 and has been read 16300 times.

Jenny Benson is spending her year abroad as a Language Assistant in Aix en Provence. In this piece, she looks at some of the cultural differences between France and the UK - through the lens of a night out! For more of Jenny's thoughts on life in France, check out her blog.

Let me tell you about my first experience of a club in Britain. If you don’t know, I’m from a little town in Scotland called Dunfermline, which has 4/5 clubs. My first experience was in one called Harlem. I was 17 and had borrowed identification off someone I knew as I was just about to start university and wanted to be able to go out during ‘Freshers Week’. I got very drunk (probably off half a bottle of vodka) and went to Jiggies with my friends – where we didn’t get in for being too drunk. So we went to Harlem. And all I remember is feeling cool for being there, and feeling sweaty.

After that, I would say I’ve become a - how do I put this? - connoisseur in clubbing. Moving to Glasgow a few weeks after my first clubbing experience is a pretty good position to be in, since Glasgow is one of the best nights out in the world (I’m completely unbiased you see). But really, Glasgow is known for it’s incredible night life and it’s a reputation it lives up to. Clubbing in Glasgow can go two ways and luckily I’ve only ever had a night out that’s been amazing. I’ve now clubbed in tons of cities and numerous countries and would definitely count Glasgow as top. Perhaps it’s because you bump in to people you know and you’re with all your friends after a stressful week at uni, but I think there’s something a little extra special about Glasgow that makes it one of the best in the world.

Now, let me tell you about my first experience clubbing in France. Pretty much exactly a year later, I found myself visiting my uncle in his (beautiful) chalet just outside of Tours, in the north of France. This was my first experience without my parents and since Uncle Michael is practically just a good friend, it was a really great time to experience the real side of France for the first time. Anyway, we’d agreed we would head out to a club one night whilst I was there. Safe to say I was pretty nervous as I didn’t really know what to expect – especially since we were heading to a gay club. However, it was truly amazing and I’ll never forget the night! I got chatted up (by a girl and a boy) and it was my first experience of many in a European club.

Since then, I’ve been out countless times in different types of clubs in France – student clubs, heavy-metal clubs, creepy clubs, posh clubs…

Here are the differences I’ve found:

1. The French go out much later
Normally in Britain, we start to think about getting a taxi around 11pm (unless it’s me and Eilidh and we watch Disney videos until 1am and lose track of time). Generally, you’re at a club at midnight or just after. In France, you’re lucky if you’ve finished a weekend dinner at 11pm and if you leave your flat before midnight, you’re a loser. Unless you’re going to karaoke or a bar. But seriously… who has money to go to a bar?

2. The bars close earlier
Despite the fact that you go out later in France, they tend to close earlier as well. Unless there’s a specific rave or something you’re going to, most clubs shut at 2am, some 3am if you’re lucky.

3. Noone gets ID’d
Unlike in Britain, the bouncers don’t really care if you’re underage as long as you’re hot – which most French people are. Funnily enough, a couple of weeks ago I was in a supermarket in Aix and these two kids in front of me were trying to buy alcohol, and they were clearly underaged. The worker asked them for their ID’s and they fondled around but said they couldn’t find them. The worker laughed and put the alcohol through anyway. They really do not care – they just want to get on with their day. Also, I got so used to not needing my ID that when I visited Scotland a few weeks ago, I forgot my ID for a club in Glasgow and so had to take three taxis back and forth before I even got in the club (thanks Cormac)!

4. Women ALWAYS go free
From my experience, women always get in to a club free. We just walk in and all the men have to pay between €2 and €10 depending on the poshness of the club.

5. The French have awful music taste
A lot of people would say my music taste is bad. But France, oh poor France, they just don’t understand music.

6. The smoking area rules are different
In Britain, you go to the smoking area to smoke (obviously) but also to make friends. I never smoked when I went out but would always go there to get chatting to people. It’s too noisy inside to talk – the inside is for becoming Beyoncé! In France however, the smoking area is for smoking. Some people do get chatting, but it’s not the same feeling as when you become best friends with someone in the smoking area in Britain. You’re there to smoke and look cool, that’s it.

7. French people love to dance
I think this one relates to pretty much all Europeans outside of Britain, but the French can just dance. There’s no awkward fumbling and shuffling around the dance-floor and the women can move their hips in ways that British people sadly just can’t do.

8. The French drink half as much
Put it this way; me and a friend were at a club about a week ago and ordered a plateful of shots and it’s probably the largest order they’ve ever taken. Most French people slowing drink and savour their drinks during the night, not wanting to get too drunk and lose their cool, whilst the British and the Americans (that I know anyway) don’t give a s*&t when they’re half gone anyway – why not buy another 6 jaegerbombs when we already can’t see straight?

In conclusion, British people are more crazy (fun?) when it comes to clubbing. We know what music we like and we have different clubs to cater to that, and we can certainly drink. What the French do best is their bar culture. Now that I’ve become a Frenchie, there’s nothing better than a nice cold apéritif and an expensive but beautiful bottle of red with a gourmet dinner on a Friday night. A typical Friday night in Glasgow would involve: a large dominoes pizza each, followed by a 12 pack, following by trying to drink the £2 bottle of wine you bought, followed by 10 jaegerbombs, followed by a couple of vodkas and lemonade, and a cheeky glass of water, followed by a foot-long meaty subway, followed by spewing and not moving the next day.

Does it make me a bad person that I honestly don’t know which of these nights I’d prefer?

Comment below if you’ve noticed any other differences between the clubbing culture in France and your country, or if you found any of these difference particularly interesting.

How do you adjust back to life in the UK?

You are obviously having a hard time but what you are going through is not uncommon. In fact it's fairly normal, which doesn't, of course, make it any easier to negotiate. The natural tendency is to...