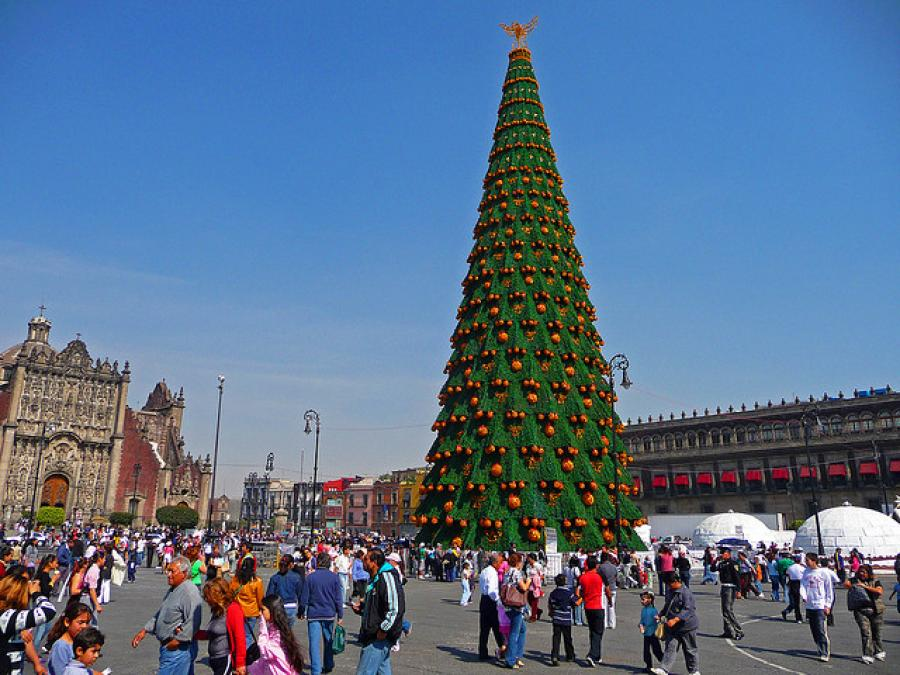 This article was written by Suzanna Ruth from King's College London, published on 11th November 2014 and has been read 7211 times.

Suzanna is studying Hispanics at King's College London, and is spending her year abroad studying Hispanic Studies at UNAM in Mexico City. She decided to spend Christmas in Mexico, and says, "I couldn't find much information online about people who hadn't gone home for Christmas and were staying abroad. Whilst a lot of my friends and classmates went home I know that others spent Christmas abroad which can be a strange experience, especially in a hot country." Here is her advice!

I’m not a Christmas crazy; I absolutely won’t do anything Christmas-related before December and I don’t go overboard on decorations and presents, but when it gets to December I am pretty keen on eggnog lattes, baking gingerbread and eating tins of Quality Street in front of the TV with my family. I actually really like winter because it’s an excuse to wear cute woolly clothes and watch a lot of rubbish television in bed so last year being in sunny Mexico for Christmas was a little weird.
Don’t get me wrong, there were some amazing things about being away for Christmas but it’s also a bit strange being away from traditions that you’ve probably been used to all your life. Here are some highs and lows:

In the UK from October onwards it seems as though we are bombarded with advertisements reminding us that it’s nearly Christmas and that we absolutely must buy this food or that present to make sure we have a good time. In Mexico there isn’t nearly as much of this kind of stuff, which is nice because I didn’t feel sick of Christmas by the time December rolled around.
Doesn’t it always seem like booze is cheaper than it is in the UK in every single other country? Being able to buy a bottle of rum for a six quid and a crate of beer for a fiver does help with the Christmas cheer.
Perhaps this makes me a really awful person but being 5000 miles from home with a slightly dodgy postal service was a pretty good excuse not to spend an obscene amount of money on presents, which did make Christmas more appealing, financially speaking.
On a more serious note, being abroad for Christmas allows you to experience different traditions. I really enjoyed wandering around the night markets to look for Mexican style decorations, seeing piñatas hung up everywhere and learning about Mexican traditions.
I love spending Christmas at home with my family, especially since I have been living away from home for university, but we do often do the same things every year and so it was nice to do something different, which I think will make me appreciate next Christmas even more. 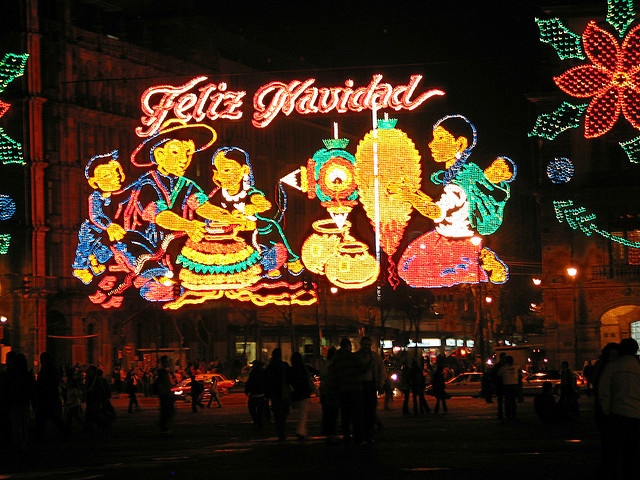 2. And the not so good stuff

I was lucky enough to have my boyfriend staying with me in Mexico over Christmas, which helped with not missing home so much, but I still wasn’t able to see my family (except over Skype) or go for a Christmas Eve drink with my friends. For me, and I expect many others too, this was the hardest part as Christmas has always been about spending time with loved ones.
Probably my second favourite thing about Christmas is all the traditional food. I love baking festive treats and I really enjoy having a huge roast on Christmas day. In Mexico I was unable to buy most of the ingredients for things I would normally make and the flat I was living in didn’t have an oven (not so uncommon in a lot of hot countries), we did manage to cobble together some mulled wine, I made chocolate bark and we had lots of cheese and biscuits but it just wasn’t the same!
Something that made me feel quite disorientated was the lack of ‘traditional’ seasonal weather. We rarely get a white Christmas in the west of England but it is usually pretty damn cold, the temperature did drop to the mid teens- low twenties but in my book, that’s not cold! A warm Christmas may well be a high point for some people but I need a bit of cold weather to make me feel like it’s really Christmas!
Finally, just as I didn’t send many presents, I didn’t get many. Some of my relatives were kind enough to send me a stocking but I must admit I do like seeing a huge pile of presents under the tree on Christmas morning!
If you’re considering staying in your host country for Christmas, I’d say go for it. It’s a great experience doing something a bit different for Christmas and with travel prices hitting the roof at that time of year, it’s good for your pocket too!

How to survive Christmas by yourself

How to make the most of your Easter holidays