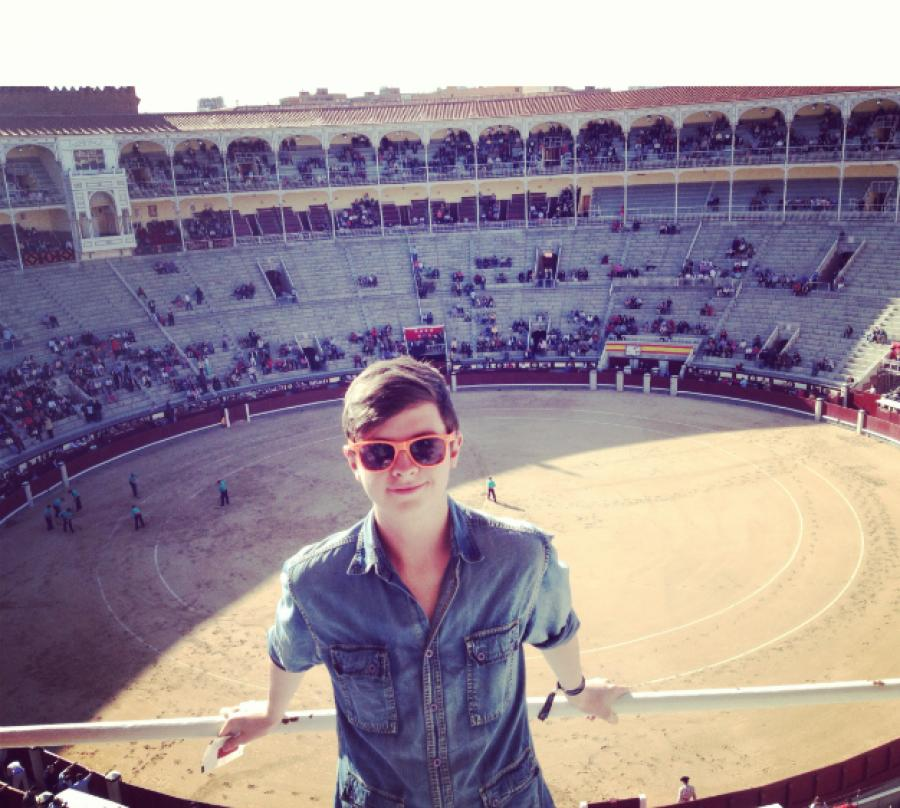 This article was written by Jack Kenny, published on 23rd April 2013 and has been read 4656 times.

Spain Living and working in Spain
The debate surrounding the Spanish tradition of bullfighting is one that continues to polarise, dividing people between those who see it as an antiquated custom that glorifies the torture of animals, and those who consider it simply as part of the country’s history and culture, with very little grey area in between. As a student on a year abroad in Madrid, a bullfight was high on my to-do list when I moved here. I wasn’t being naïve: I knew what the night would entail, but I thought the only way I could have an opinion on the topic was to experience it first hand, so fuelled by a ‘when in Rome’ mentality, last weekend I attended a bullfight at Madrid’s Plaza de Toros de las Ventas.

A usual corrida de toros involves three matadors each taking on two bulls, and each ‘fight’ is split into three distinct parts. In the first part, or the tercio de varas, three flagmen or banderilleros encourage the bull to charge at their pink capes while the matador observes to see how the bull behaves. In this part, the bull is also encouraged to charge at blindfolded horses that are heavily padded. In the second part, the tercio de banderillas, the three banderilleros each attempt to stab the bull with swords covered in small covered flags, to weaken the bull’s neck muscles. In the final part, the tercio de muerte or ‘the third of death’, the matador enters the ring with his iconic red cape and performs a series of movements to make the now weak and exhausted bull charge around the arena, eventually culminating in the fatal stabbing of the animal.

I thought I was prepared for the realities of bullfighting but the night was more gruesome and uncomfortable than I had expected. Watching each time as the actors on their stage went through the same routine, each time with the same unsettling outcome, felt rather unnecessary and hardly entertaining. Still, I focussed on the history and tradition of the act, and was interested to see how very little had changed to the ceremony. Surprisingly, despite the very savage nature of bullfighting, there was still an unusual level of respect for the bull demonstrated in each fight: the objective is to slaughter the animal as quickly and painlessly as possible, and the crowd would turn on a matador if they felt he was taking too long or acting too cruel. One bull in particular seemed to stumble throughout the early stages of the corrida, which led to the crowd petitioning el presidente of the ring to stop the fight by waving handkerchiefs: the bull was spared an inevitable death, and a brief, humorous respite followed when a herd of cows entered the ring to lead the bull out.

There were a few other uplifting moments throughout the night: one bull took a few steps into the ring and, perhaps foreseeing the destiny that awaited, turned around again and trotted back into his enclosure. The rest of the evening, however, was spent in discomfort, almost urging the weakening bulls to stop fighting and die quickly. I just found it very difficult to find enjoyable. However, it seems that maybe the tide in Spain is turning: the younger generation, my Spanish flatmates included, generally seem vehemently against the tradition that their country is famous for, and the half-empty plaza de toros perhaps suggests that bullfighting is indeed becoming a dying art.

About the author: Jack Kenny is studying Law at the University of Leeds, and is currently on his year abroad at the Universidad Complutense de Madrid. Check out Jack's blog for his latest update, and follow him on Twitter @JackKenny