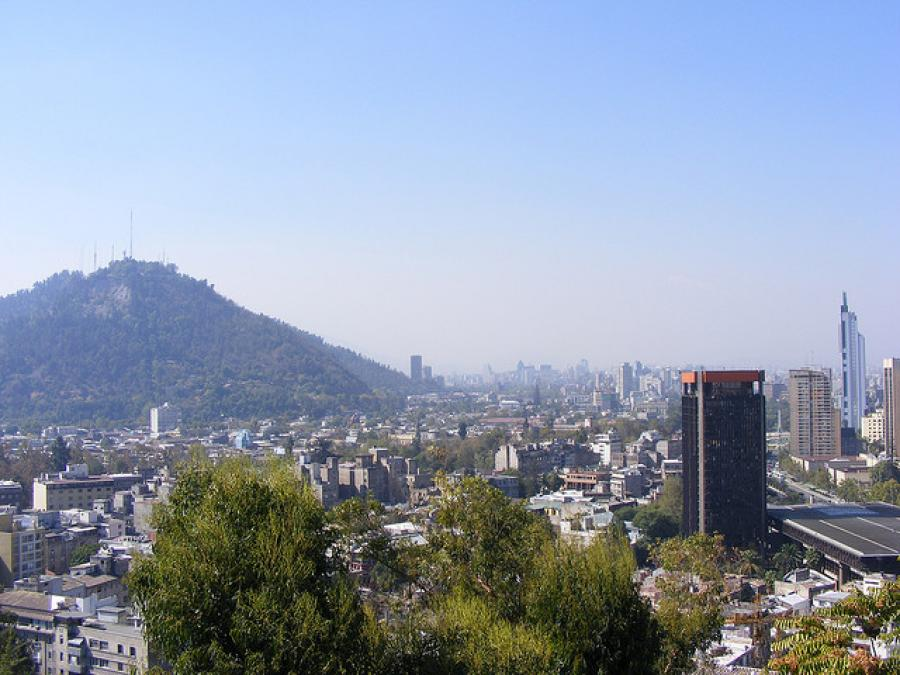 This article was written by Mike Glover-Smith, published on 7th October 2014 and has been read 3905 times.

Latin America Chile Money Santiago St Andrews Uni
Mike Glover-Smith studies French and Spanish at the University of St Andrews. He is spending his third year abroad in Santiago, working as a language assistant. In Mike's second article for Third Year Abroad, he gives his advice on managing money in South America and how to balance paying the rent with having a good time! To read more about Mike's adventures, check out his blog!

So you’ve survived your first month in South America. If you’re like me, you’ll have lived like a king the first two weeks, the money you toiled for working as a restaurant “minion” all summer that was supposed to stand you in good stead for the year’s placement, mostly gone. But that’s okay, you’re only in South America once, right?

Some of your new amigos mention travelling, awakening the inner Bear Grylls/Inbetweener inside you. So you do some research, and follow the ever-so-slightly dubious advice of the many internet know-it-alls, getting up at the crack of dawn on a dreary Tuesday morning, clearing your internet cache and typing in some exotic travel destinations on Skyscanner. It might then dawn on you that you’re going to have to make one or two lifestyle alterations if you want to upload that seemingly obligatory Macchu Picchu profile picture anytime soon. (Which I have every intention of getting – watch this space.)

So reality sets in and next thing you know you’re living off cold pasta and cereal for the rest of your placement. Sure, you could heat the pasta up, but at this stage every peso counts, and who’s going to pick up that heating bill? (Wait, bills are all included?! Interesting…)

Anyway, you decide you’re going to do this budgeting thing right. You know, “living within your means”, and all that hocus-pocus nonsense. (You can’t get an overdraft as a foreigner in Chile. Gulp.) For my placement I am paid “sufficient amount to live off”, and rather than use my maintenance loan to subsidise my living, I’ve used some of my abundant free time to work out that I can live off precisely £21.50 a week (plus a little more for “carreteando” [partying]), and siphon the rest into my “gap yah” fund! *

*Sorry, no, this definitely isn’t a gap year. I’m definitely working more than a few hours a week. Ahem.

Anyway. What I’m trying to say is, yes, you get that tasty Erasmus Grant if you decide to stay in Europe. But, what does it say about South America that the competition have to pay you to choose them? To me, it smacks of desperation. Like when Manchester United spent £150-something million this summer to try to become relevant again. And how is that going for them? (Edit: It would seem they are above Liverpool in the table. I’ll be shutting up right about now.)

In short, don’t let money influence your deciding where to go. If you want to fulfil that South American dream you’ve had since you were given a map of Bolivia on your fourth birthday by your long lost Great Uncle Travis, go for it! (No, I wasn’t there during your British Council interview. I just heard from a friend of a friend that some people, bad people, sometimes conjure up these sorts of things to impress the interviewers. Shame on them.)

Chile is widely regarded as the most expensive South American country to live in, so if I’m able to survive off little over half of my wages, so should you be! It’s also worth noting that alcohol is significantly cheaper here. You know, if that sort of thing interests you. Like SO much cheaper…

I’ve been in Chile 5 weeks, so I’m hardly a fountain of knowledge on all things South American, but it is pretty great here and you will have an incredible time - just as you will if you choose to stay in Europe. If I had one piece of advice, just try to avoid letting money play a part in your decision – you can’t put a price on memories.

Also, pasta is pretty cheap wherever you go.

Anyway, got to run, pasta’s boiling over!