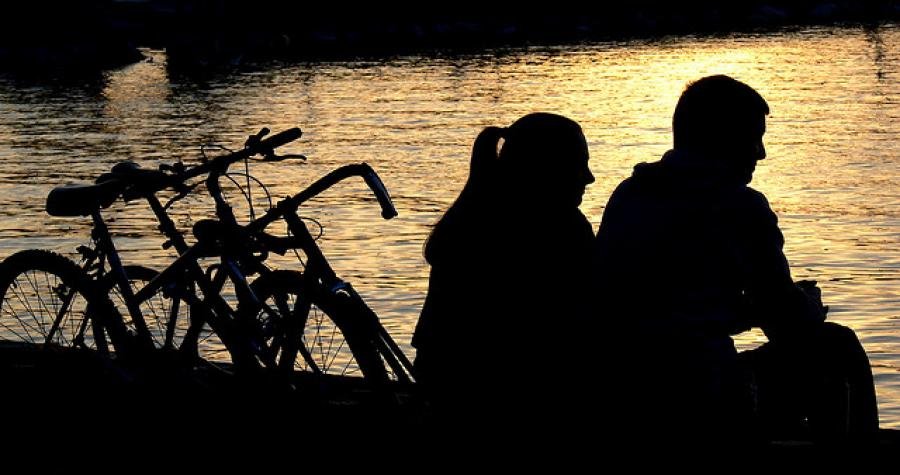 Bologna Advice Relationships Birmingham Uni Mental Health Erasmus+
Elis is studying European Studies and Modern Languages at the University of Birmingham and spent a year as an Erasmus student at the University of Bologna in Italy. Here is her guide to coping with a long-distance break up and getting past the heartbreak to make the most of your year abroad.

There we were, setting off to Italy with 40 kg of luggage between us and a 2 hour flight ahead to Bologna. Sure, we had some minor flaws, as all couples do, but on the whole we were very happy and hopeful. I was never worried.

He helped me move and house hunt whilst I was the most stressed I had been. Finding a flat seemed impossible! I had still found nothing and he was already leaving. Before we knew it, it was time to say a very sad and tearful goodbye at the airport with many promises of making it work.

Seven days later we broke up.

Months of emotional torment ensued. He had cheated on me but wanting to make it work, I decided to let him patch things up. He flew out to see me, then back at uni, he cheated again. My emotions were all over the place. I wanted to be with him but how do you trust somebody after a case of chronic cheating? Was it because of the distance? The newly aquired freedom? Was it because of me? In truth, my decisions about our broken relationship changed daily and I went from ignoring him to wanting to get back together.

I was all alone in a foreign country with no friends or family. Crying had become a daily activity whilst the stress had taken a toll on my wellbeing – I had lost a ton of weight and half the hair on my head. For weeks I felt like I could not cope, which made me want to quit my year abroad. I went from a year of constant happiness to the biggest betrayal I had ever felt. To add salt to the wound, he got a new girlfriend only four weeks after his last visit to Bologna to see me!

I can't pinpoint exactly the moment when I decided that I had had enough of being sad, but I guess that it had been building up slowly in the back of my mind. I was forcing myself to interract with people, to go to the drinks I had been invited to, to see that new movie in the cinema. There had been many instances of breaking down at parties, at university toilet cubicles as well as on the street, however I knew getting better depended on me, and nobody else.

Here is what I would say to anyone going through a tough time during their time abroad:

1. Speak to your friends and family

They will listen ( for 3 months straight) to your problems and offer words of encouragement. When you need it, they will also tell you why your ex is the worst person in the world, which is exactly what someone going through a break up might need from time to time!

You will hate doing it but you will master the art of putting a fake smile on your face. Going out pushes you to not feel so sorry for yourself and it keeps your thoughts away from your ex as much as it is possible. Say yes to any offer of interraction.

Social media can be a horrible thing for break ups – you will see when he's out with his friends, when he was last active on whatsapp, the photos on your wall will remind you of the better times. Best thing? Delete him from everywhere, unfollow his friends in case he gets tagged in their photos and try to not send him drunken messages ( again, delete the phone number).

4. Be open to new encounters

In the beginning I could not face accepting attention from other guys. In my mind I was still in a relationship. However, little by little it became easier until I actually discovered myself liking someone new! If not for the break-up, a lot of very positive things in my life now could never had happened.

I would like to stress that if things are going horribly wrong on your year abroad, don't quit and don't give up. Just get through it and you will be surprised how a very bad situation can actually turn out to lead to the best experience you've ever had!

Now my reality is completely different. I am seeing things so much more clearly, realising that, actually, he wasn't the right person for me. During the breakup I was still determined to pass my exams – which I did - and to get a job for the summer. I ended up getting three job offers, which then led me to a job in Rome and now to a job in Luxembourg.

Even though what happened is one of the worst experiences I've gone through, that is all it is now - an experience. It is not something I am taking away from my year abroad. The amazing people I've met, the beautiful places I've seen, the parties, the food,the university, the dinners, that is now what I think of when somebody asks me about my year abroad.

Hi,Last year I was at Bologna university with Erasmus, and I completely loved it. I'm actually planning on going back to do a Master's in September hopefully! You can email me on [email protected] wi...

Great British food: What to cook on your year abroad