Books to read when you're learning a language 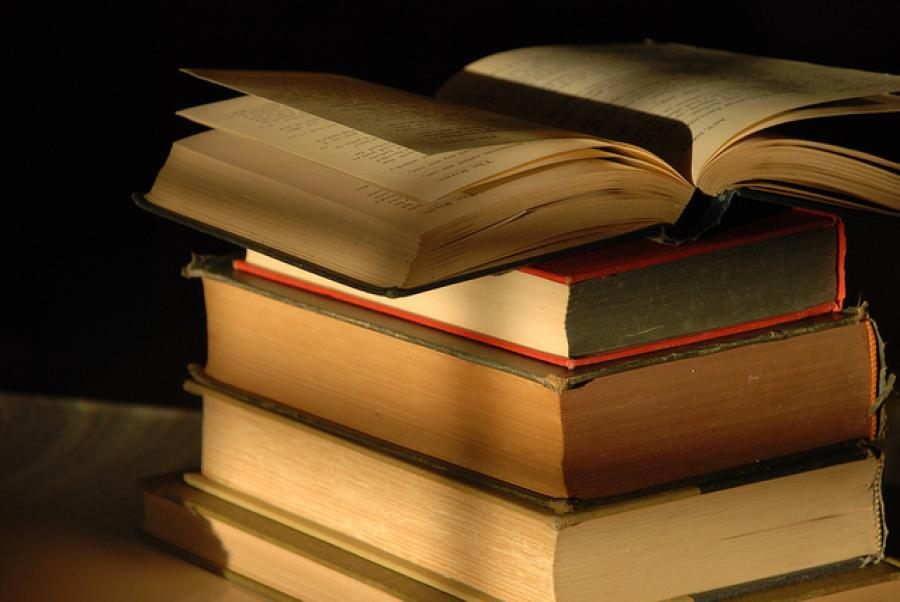 This article was written by Global Graduates, published on 14th October 2014 and has been read 44861 times.

Lost in Translation Culture Shock Languages
We all know the classics of foreign literature - Madame Bovary, Anna Karenina, Don Quixote... But what do you read when you fancy something a little more up to date and different in your chosen language? We've compiled a list of recommended reads, so that you can flex your linguistic muscles whilst losing yourself in a foreign adventure - no corsets in sight! Please get in touch with any more recommendations: [email protected]!

“I loved lo Uccido (I kill) by Giogrio Falletti. It’s a serial killer book but very popular in Italy (the author is also an actor who appears in things like Notte Prima Degli Esami) as an addictive un-put-down-able page-turn rollicking roller coaster of a novel. It forces you to learn Italian very quickly!”

Recommended by Italy in Literature

'Il giorno in piu is the most recent novel by Fabio Volo. It is an funny and uplifting boy-meets-girl tale of a man who sees the same woman on the tram every day and eventually asks her for coffee, only to discover that she is about to move abroad. Fun fact: Volo himself starred in the 2011 film adaptation of the novel.

Recommended by Jack Archer“Mygale by Thierry Jonquet (Tarantula in English) is the creepy tale of a plastic surgeon, a beautiful young woman, a petty thief and a young art student. It's also the French language book that the Spanish language film La Piel Que Habito is based on”.

Recommended by Becky Gooch"Le Petit Prince is always wonderful".The beautiful novella by Antoine de Saint-Exupéry is a joy to read and well worth revisiting as your language skills improve.

“Nada by Carmen LaForet is fantastic; a bildungsroman about 18 year old Andrea who moves to Barcelona in the 1940s to live with her broke and eccentric bourgeoisie relatives, it’s dark, atmospheric and perfectly depicts a post-war Spain. Even more impressive, LaForet was only 23 years old when she wrote it. The English translation is also pretty darn good if you don’t speak Spanish.”

“Manuel Puig is an incredible Argentine author whose novels are teeming with references to popular culture. All of his books are fantastic but El beso de la mujer araña is considered his masterpiece.’

Recommended by Becky Wyde“La Sombra del Viento by Carlos Ruiz Zafón is quite a challenging read, but beautiful!”

Recommended by Neil McCallum“If you havent read any books by Ildefonso Falcones or Carlos Ruiz Zafón in Spanish, you’re missing out. There are also excellent translations by Nick Caistor and Lucia Graves in English.”

Recommended by 'Coffey' (@lewcoffey)“Si te dicen que caí by Juan Marsé. Strangest and darkest book ever. May cause frown lines.”

“The children's author Cornelia Funke is fun in German, especially for fantasy fans!” Try her Tintenwelt trilogy (Inkheart in English), about the adventures of teen Meggie Folchart who discovers that she and her father have the ability to bring characters from books into the real world by reading aloud.

The Die unendliche Geschichte (or The Neverending Story)!" This classic fantasy tale by Michael Ende is known to many as the source material for a series of films that provided the backdrop to the childhood of many a 90s kid. Set in the magical land of Fantastica and centred on the adventures of a boy with one of the best names in literature, Bastian Balthazar Bux, this is an epic tale that German speakers are sure to read and reread (and reread and reread and reread...).

“I have only read the English version, but I love Hundraåringen som klev ut genom fönstret och försvann (The Hundred-Year-Old Man Who Climbed Out of the Window and Disappeared) by Jonas Jonasson. I bet it'd be even better in it's original Swedish.”

Check out Приглашение на казнь, Invitation to a Beheading) by Vladimir Nabokov. The novel takes place in a prison and details the final days of Cincinnatus C., who has been sentenced to death for ‘gnostical turpitude’. His jailers refuse to tell him when his execution will occur, causing Cincinnatus to retreat into an ‘ideal’, imagined world. The English version was translated by Nabokov’s son, under the author’s supervision. Though surreal, it’s nice and short - unusual for Russian literature!

“天堂蒜薹之歌 or The Garlic Ballads (by Mo Yan, a Nobel prize winner) has as its backdrop the story — based on real events in 1987 — of poor farmers who storm the county government offices in protest over extortionate taxes, tolls, and fees after their garlic crops, planted at the urging of the local government, rot, unsold, in the fields. The novel begins with the arrest and beating of Gao Yang, one of the leaders of the protest, in front of his blind daughter, then cuts to the doomed lovers Gao Ma and Fang Jinju as they attempt to resist Jinju’s betrothal to an older man in an illegal arranged marriage.

Like many of Mo’s longer novels, The Garlic Ballads combines gritty realism with surreal imagery, depicts the venal cruelty of official power, and presents personal tragedy in the context of the long, slow-motion tragedy of history.”

Recommended by Nathan Heller, staff writer for the New Yorker

Haruki Murakami is one of Japan’s most celebrated authors and was a favourite to win the Nobel prize for literature this year. He is renowned for combining Japanese writing with an ‘un-Japanese’ style and sensibility - his surreal, often comical novels are as rooted in Western culture as they are in his Japanese roots. Start with ノルウェイの森 Noruwei no Mori or Norwegian Wood, the 1987 novel that made his name, and move onto ねじまき鳥クロニクル Nejimakidori Kuronikuru or The Wind-Up Bird Chronicle, a three-part novel that begins with a seemingly mundane event and spirals outwards to become a surreal exploration of Japan’s involvement in World War II.

Written by journalist and news anchor José Rodriguez dos Santos, A Fórmula de Deus (or The Einstein Enigma in English) is a suspense-filled, plot driven thriller about the quest for scientific proof of the existence of God based on a formula designed by Einstein. A page-turner so addictive that you’ll forget what language you’re reading in!