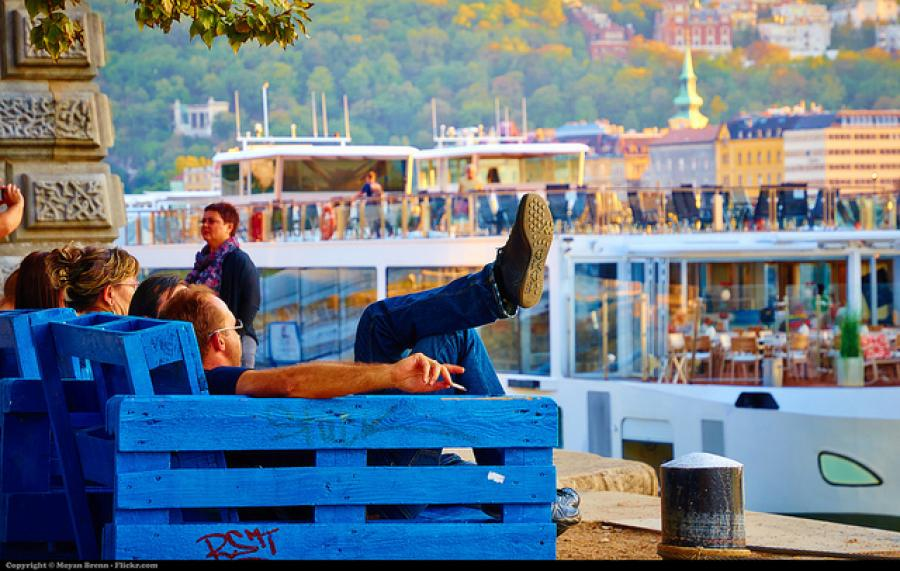 This article was written by Alexia Cowley, published on 18th August 2016 and has been read 3529 times.

Berlin Budapest German Where should I go? Hungary Where to go Hungarian Germany

Sarah Ricketts and Alexia Cowley compare their experiences in Berlin and Budapest, in terms of visas, vaccinations, language, climate, sites food, nightlife and drinking. All of the most important things! Which destination would you choose for your year abroad?

1. Visas and Vaccinations
The great news is that as a British citizen, you do not need a holiday visa or any particular vaccinations for visiting Berlin or Budapest! What you do need of course, is your passport and your EHIC card. The EHIC card is the European Health Insurance Card which is basically gold-dust if you need medical attention or treatment abroad. This can entitle you to reduced (or in some cases, even free) healthcare costs whilst abroad. Make sure you also take out additional travel insurance, as the EHIC will not be enough to cover your back during your time in Berlin or Budapest.

2. Language
German is the language of Germany. In German cities you will find that English is widely spoken. However, if you venture out to smaller German towns or the countryside, you may find less people are able to speak English, so bring that pocket dictionary with you!

Budapest – here in Hungary there is a bit more of a language barrier. Fewer people speak English – plus their letters aren’t the roman alphabet so you can’t even take a guess. So again, be in the know, by taking a pocket Hungarian dictionary with you!

3. Climates
Berlin and Budapest have very similar climates. It is freezing in the winter… somewhat like the artic circle. Surprisingly though, it can get extremely hot in the summer, reaching around 35 degrees. So to cool down, go to the clear blue lakes on the outskirts of Berlin – you will be spoilt for choice! Equally if you’re in Budapest, think about going to the baths, or Victoria Islands to cool down on a hot summer’s day!

4. Sights
The most popular touristy places to check out in Berlin are: The Brandenburg Gate, the Reichstag (advance booking needed, but free! You can also book to have breakfast there on the rooftop), the GDR museum, the famous Currywurst museum, the Berliner Dom, the Holocaust Memorial, the Jewish museum, Mauerpark (go on a Sunday for the markets and entertainment in the fields), the Christmas markets (which run from the end of October until the start of January), the East Side Gallery (graffitied Berlin wall) and Check point Charlie! The list really is endless though.

Alternatively, Budapest is famous for its wonderful Roman Baths, where you can go for a spa day or even go for a drink at night - whilst swimming! The Castle is part of the old town, which is a must-see. Gerlert hill is absolutely stunning, with a 360-degree view overlooking Budapest itself. It’s highly recommended that you walk up this hill at night, so you can see all the bright lights of Budapest reflecting off the water! Similarly, the Fisherman bastion is worth a visit as it is a neo-gothic terrace with panoramic views of Budapest. The stunning internal architecture of Budapest’s Parliament can be appreciated if you book in advance, or if you just fancy seeing it from the outside, it is right on the River Danube. Victoria Islands is a green place ideal for long walks and picnics. If you’re more into history, go to the Terror Museum, which exhibits the fascinating history of Hungary in the 20th century.

5. Food
Berlin – you cannot go to Berlin without trying the Currywurst, a Doner kebab from Mustafas (Germany’s most famous kebab take-away) or traditional German schnitzel! Of course, exempt from these recommendations are veggies! However, Berlin is supposed to be the vegetarian capital of the world, so you certainly will be spoilt for choice!

Budapest – head to the rich and magnificent Jewish Quarter to find small courtyard restaurants. If you’re feeling adventurous, try out traditional Hungarian dishes from Hungarian (non-branded) restaurants, such as stew! Budapest is one of the cheapest places in Europe to eat out, so make the most out of your stay by trying all sorts of dishes!

6. Nightlife & Drinking
Clubbing in Berlin? You could try out Berghain. This is notoriously difficult to get into, so arrive in the early hours of the morning, wear black and look serious to increase your chances of getting in! For an easier night out, head to Soda, Tresor, or Watergate. The beer is super cheap, tasty and locally brewed.

Budapest – Instant! This is a great club. Or head to any of the ‘ruin bars’ for a few drinks in a quirky establishment. Ruin bars are very popular and common in Budapest, which makes the clubbing experience very unique! Like Berlin, Budapest has ridiculously cheap beer on sale!

So whether you choose Berlin or Budapest, you will have a great time because both have so much to offer.

by Together Travel
Germany

Paperwork, to-do-lists and a very hyped up girl heading for Berlin soon!