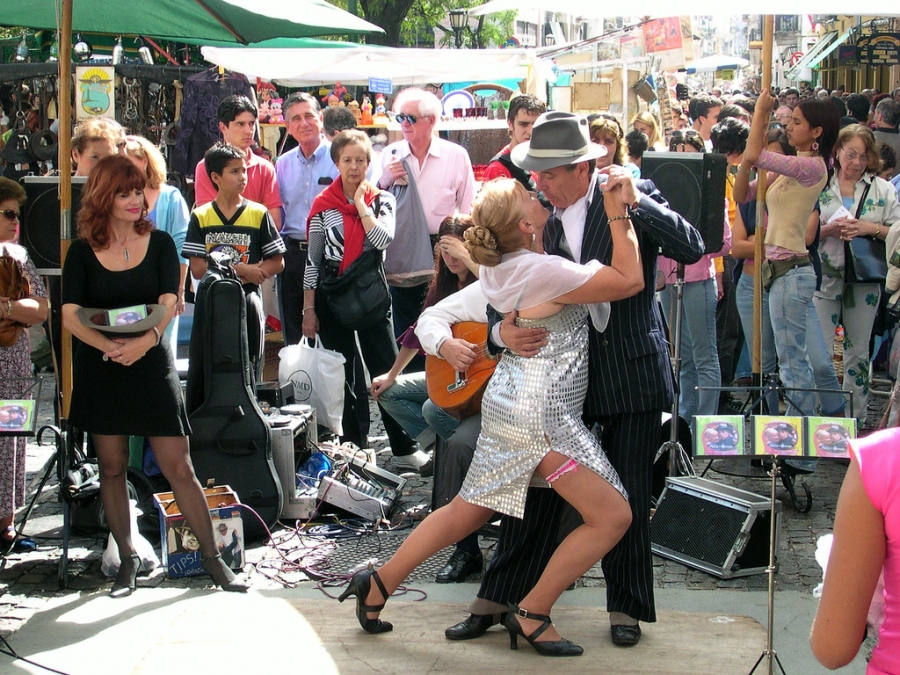 Buenos Aires Mole Diaries
Emil Snow, reading American Studies at Warwick University, has just hot-stepped it back to the UK, fresh after his Buenos Aires trip. Here, he lets us in on the secrets to get to know this lively capital city...
In Latin America, Buenos Aires is a great place to be. I spent most of the last year living there and as I write this in the airport waiting for my flight home, I can’t believe how much this year has changed my life!
On arrival
When I first arrived in BA I was overwhelmed by the number of people in the city. The city is defiantly overpopulated and I began to wonder how I would find any space. It took me over a month to really settle in Buenos Aires. When I first arrived there was always a new nightclub or bar to go to, and taking so many taxis, I had been to almost every place in the city but never really knew where I was! After getting lost on the bus a few times, I relied on taxis for the first few months here. Don’t! Whilst taxis seem cheap in the city the bus costs 1 peso. That’s less than 20p. The secret to going out in Buenos Aires on the cheap is using the bus, and once you get the hang of it it’s really easy and you will find that there is always a bus taking you where you want to go at any time of day.
The city
Whilst Buenos Aires is crowded I did find “space” in the city. The parks in Palermo and Recoleta are a great place to unwind and, if you want, get some exercise! In Palermo you can rent rollerblades and skate around the “Parque del soles,” a beautiful park with a boating lake and botanical gardens. The park in Recoleta is also good, and if you like art, look around the Bellas Artes gallery or an exhibition at the Malba art museum here.
Culture
If you don’t mind the crowds, don’t miss the market in the barrio of San Telmo. The market stretches for almost a kilometre with street performers, music and great food. And, if you like crowds even more, make sure you get to a football match in BA - football is big here, and the atmosphere, whether you're a fan back home or it's not really your cup of tea, is i-n-c-r-e-d-i-b-l-e. Boca Juniors, Maradona's old club and River Plate are the two best teams and are only a thirty minute bus journey away from the city centre. If you do go to the Boca Juniors Stadium, make sure you look around the surrounding area in La Boca, with the famous coloured houses and cobbled streets.
Going out
However, whilst there are many things to do in the day, Buenos Aires is definitely a night time city. It doesn’t matter what day of the week it is there is always a place to go and party all night. There have been many occasions when I have returned home finding it's time for breakfast. Plus, the party in the clubs only really starts off round 1 or 2 AM - so pace yourself or you might not make the most of the night/morning ahead... If you like big European style clubs, go out in Palermo. I found the best nights were “Crobar” on a Friday, “Lost” on a Thursday and “Kika” on a Tuesday. If you like electro music, go to the biggest club in BA “Pacha” on a Saturday night. However, for a more relaxed evening Palermo has a lot of lively bars. In Plaza Serrano and Las Canitas you will find a lot of places to eat and drink. Besides Palermo though, the barrio of San Telmo offers a nice contrast to the many tourists and Argentine students you will meet in Palermo. In San Telmo there are many great places to eat and to practice your Spanish as the bars are full of Argentines.
Overall impression
After a few months I really did feel at home in Buenos Aires. You will meet people from all over the world here. If learning Spanish is your main aim make sure you live with Argentines early on as it is all too easy to stay in an English bubble. Ironically I spent most of my year with Americans!
What you need to know before going... My biggest advice for gap year students in Buenos Aires is to not be afraid of being a bit “cheeky”. If you meet the right people and show an interest in them you will find many opportunities in the city. Being a tourist people will always expect you to have money. However if you use this to your advantage you will SAVE money in BA. Most of the time if you just ask or make the right contacts you can get many things for free.
Useful Local Words 'Che boludo' (hey, idiot..sounds rude but an affectionate way to greet an Argentine), 'qué quilombo' (a popular way of saying 'what a mess'. Normally used by taxi drivers about the traffic in BA)

What not to pack Toiletries and medicine. Generally the stuff you can get in the pharmacy is really cheap in BA.

What to pack A raincoat, sometimes you will get caught unexpectedly by heavy rain

Couldn't have done without "Guía T" (tourists and porteños alike have a wonderful, handy little resource called the Guía T, which is essentially a guide to find public transport routes across the city)