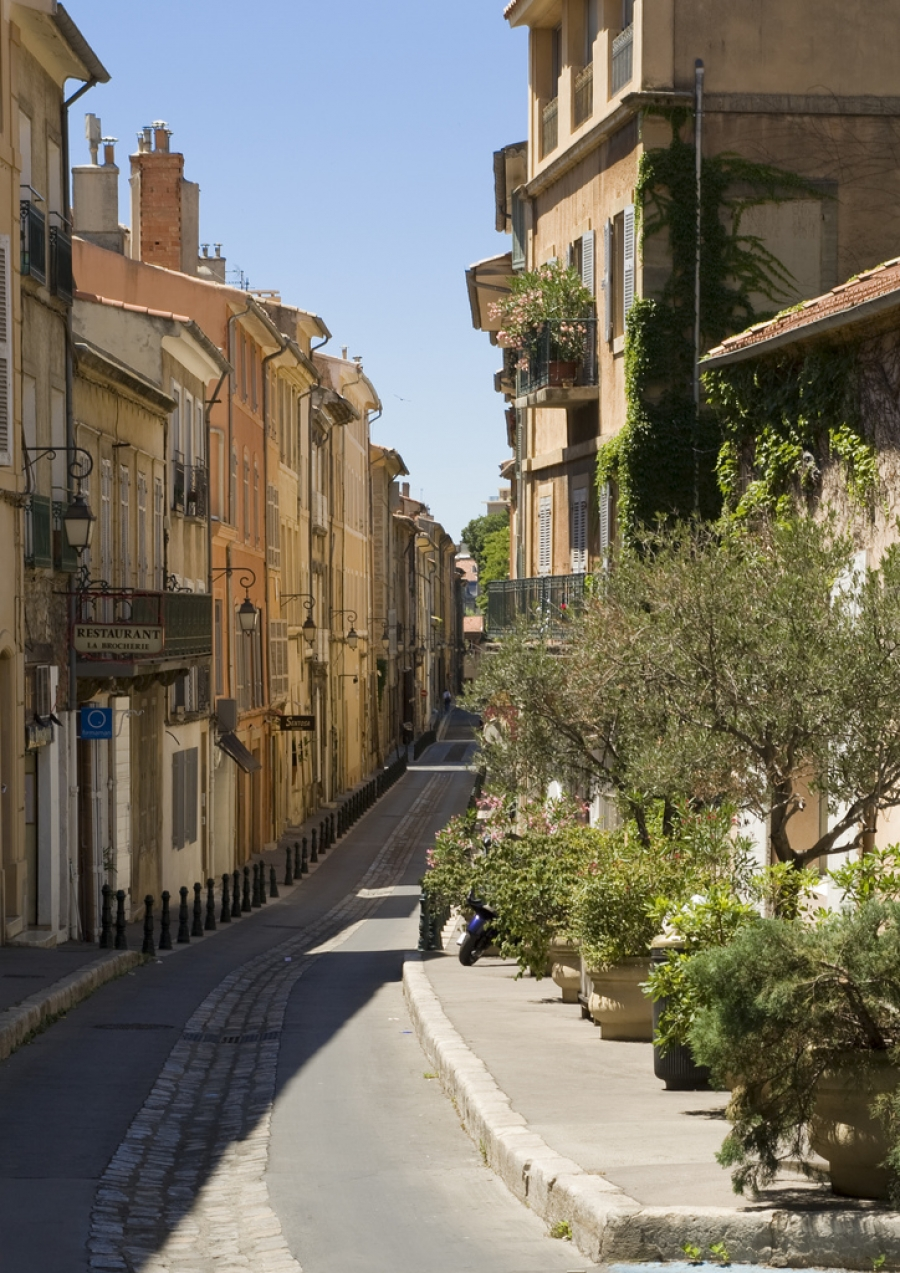 Street in Aix-en-Provence by A. Janssen

This article was written by Teresa Bigelow, published on 22nd June 2010 and has been read 29319 times.

Mole Diaries Aix en Provence
Teresa Bigelow went off to Aix-en-Provence on her year abroad, as part of her Journalism degree at the University of San Diego, California. Here, she gives us a State-side view of the French provincial town's secrets, sharing her views on the Aixois' tranquil way of life, the town's fancy fountains and its distinct lack of lack of public toilets among other things...
My name is Teresa Bigelow. I am 20 years old. I grew up in a small town in southwest New Mexico called Silver City. I moved to San Diego, California three years ago to pursue a degree in journalism, which I will be finishing in one year. I recently spent my junior year abroad in Aix-en-Provence, France where I completed a minor in French, along with a portion of my journalism degree. I chose to go to France, because I have always been fascinated by the culture and wanted to learn the language. My program offered placements in Paris and Aix-en-Provence. I decided to apply for the program in Aix, because it was geared more towards students who were not yet fluent in French.

On arrival
Aix-en-Provence. We find this picturesque university town situated in the South East of France, just 25 minutes north of Marseille and the Mediterranean Sea. Aix, which is pronounced like the letter “X” (hence the city’s many nicknames, a few of which you can probably guess), is about as “France” as you can go if that is your study-abroad country of choice. The provençale town offers everything from outdoor cafés flooded with sunlight, to accordion playing men, to fresh baguettes, morning markets, cobblestone streets, lots of wine, even more cheese, and a horribly unbalanced ratio of soft, water-trickling fountains to public toilets – a good money-maker for the local cafés, I’m sure. With the exception of a lack of toilets, perhaps, these are the traditional provençal delights that draw most people to Aix-en-Provence. However, as a student actually living there for an extended period of time, you will find that there are some additional pleasures in this town that you cannot truly discover until you have physically walked the walk of an Aixois (or Aixoise). Although, some of these pleasures might not be perceived as “pleasure” until you have already returned to your homeland.

Culture
A good example of this is the no-fail, “escargot” pace of life in Aix, and the casual way in which the Aixoises go about their day. This lifestyle change will most likely become the most obvious and frustrating culture difference for you as a student in Aix, but it is also an aspect of the French culture that you might just miss the most once you have returned home. A big factor in what makes the Aix lifestyle what it is happens to be the overwhelming quantity of pedestrians in town. Pedestrians pretty much rule the land in Aix, and the streets are so pedestrian friendly, it’s normal to sometimes feel as if you have somehow ended up at Downtown Disney rather than Provence. One glance at the tiny streets of Centre Ville, and I was seriously questioning the possibility of both pedestrians and cars existing safely in Aix. I discovered the trick soon enough, however, when I was forced one morning to stand on my toes and suck-in in order to avoid being whacked with the side-mirror of a van that was pushing its way through a street of Saturday morning market-goers. In my country, there would be a lawyer on the phone and a push for statewide legislation to build wider roads ASAP before the van had even reached the next stoplight. In France, however, you simply stand on your toes and suck-in. Duh.

Way of life
The French just don’t see the point in stressing the little stuff. It's what is called "flâner" (pronounced flahn-ay), and the French are well practiced. To the people of the Southern France, there are more important things in life than air-conditioning in every building, speedy service, free toilets, and unnecessary safety regulations. To the Aixoises, life is about taking the time to stop and smell the lavender, and it is these simple pleasures of Aix-en-Provence that cannot be truly given justice until you have spent quality time strolling through the cobblestone-lined streets, shopping at the markets, or attempting to keep your lunch under two hours, a feet I never managed to conquer. However, if you are anything like me, keeping things along the lines of “flâner” is not an easy task, nor is it something that one can easily become accustomed to after spending an entire life in a go-quick, be-efficient society. There were times that I was downright irritated with the French lifestyle (which, by the way, can become extremely inconvenient at the post office); on the other hand, there were also times when it occurred to me that the French got it right. In fact, I became so unexpectedly accustomed to the flâner lifestyle, that the lack thereof has become the most overwhelming aspect of my readjustment to the United States. I didn’t realize how much I counted on this simple pleasure until it was no longer there for me to enjoy.

The verdict
It is truly these unexpected pleasures like “flâner” that make Aix-en-Provence the perfect place to spend a year abroad, and for me personally, what will keep me going back.

by Katherine Tabor
Living and working in France