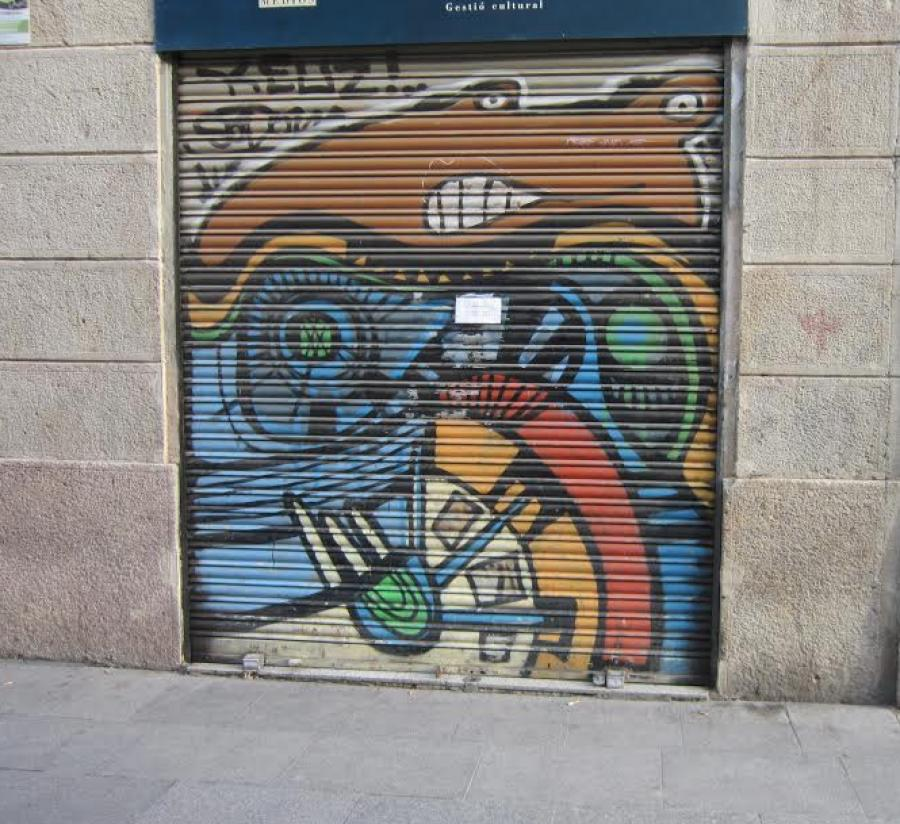 This article was written by Aidoia Puig-Delfin, published on 9th December 2013 and has been read 2486 times.

Barcelona  Culture
Aidoia Puig-Delfin is studying for a BA Combined Honours in Spanish and Latin American Studies alongside Media and Communications. She is currently on her year abroad in Barcelona: for the first half of my year she is studying at Pompeu Fabra University in the faculty of Translation and Interpretation and then for the second half she is doing an internship in an online arts and music magazine called Relevant BCN. Here is her take on art in extraordinary places in Barcelona...

There is no doubt that Barcelona is a city full of culture, art and an ambience like no other. However, one thing in particular that drew me to spend my year abroad here was the fact that no matter where you are in the city, there is some form of art that surrounds you, the kind that you don’t just see in a gallery. Whether it be a group of men playing the trumpet on the metro, graffiti on endless shutters, a coffee shop that looks like your bedroom or caricatures in the street, it is all different forms of what we perceive as ‘art’ and I have created a list of my five favourite experiences of art in extraordinary places.

This is one coffee shop with a difference. Its name, Miscelanea, is the perfect word when describing this intriguing store that consists of an art gallery, followed by a quaint gift shop, and then take the stairs up to their charming café where you can have a coffee whilst musing over extraneous things. It is situated not far from the famous Las Ramblas, and the shop is full of anything from t-shirts to vintage items and the walls covered with many different types of artworks which can easily catch your eye. It is art in the purest form, with paintings on the walls, yet full of interesting items to take you away from the bustling city that is Barcelona.

I can’t say a certain location for this type of art, as in Barcelona, the graffiti scene is everywhere. On on walls, trains, in art galleries and even legally commissioned works are painted on the shutters of shops, such as those at ‘Las Tres Chimineas’ at Paral-lel. Most of all, these artworks highlight part of the culture that exists in Barcelona, and the creative ambience that makes the city what it is.

Paella Showroom is one of those places where you walk past the window and can´t resist but to go inside, and just by going inside you feel like you´ve walked into an art installation. It is Vintage central in the Raval, full of any type of clothing to its selection of magazines and fanzines, through to a collection of glasses, bow ties, vintage stationery, and colourful lampshades.

I love this place. It has a great ambience, and is full of many different types of art to get stuck into. They showcase exhibitions, lectures, film festivals and also workshops. Also, before you even go underground to enter the building, the courtyard is full of interesting artworks on the brick walls.

I feel like this list would be incomplete without the city of Barcelona itself. Just walking through the streets, there are different intriguing art forms all around. There are street performers, street artists, and festivals and how could we forget, the architecture. Well we all know Gaudi, and his sought after artist talent can be seen in many places in the city, La Sagrada Familia and Parc Güell, to name a few. Although, in my opinion, wherever you are situated in the city, you are never a few steps away from some kind of creativity and for that reason; Barcelona will remain an art form itself in my mind.

What do you do about books on your year abroad?

Grab yourself a Kindle. Amazing battery life, lightweight and practical, cheap books from Amazon (that is, if you can't find them for free online...), and if it does happen to break, Amazon are fantas...

To what extent should your language choices be based on your year abroad?

This is a question that students ask me every year! Ultimately, you are the only person who can answer it. Which language appeals to you more? Which culture are you more interested in? Which place cou...