Home Articles Back home: I'm not speaking Spanish to show off - it's a habit!
Share
Tweet
Write for us

Back home: I'm not speaking Spanish to show off - it's a habit! 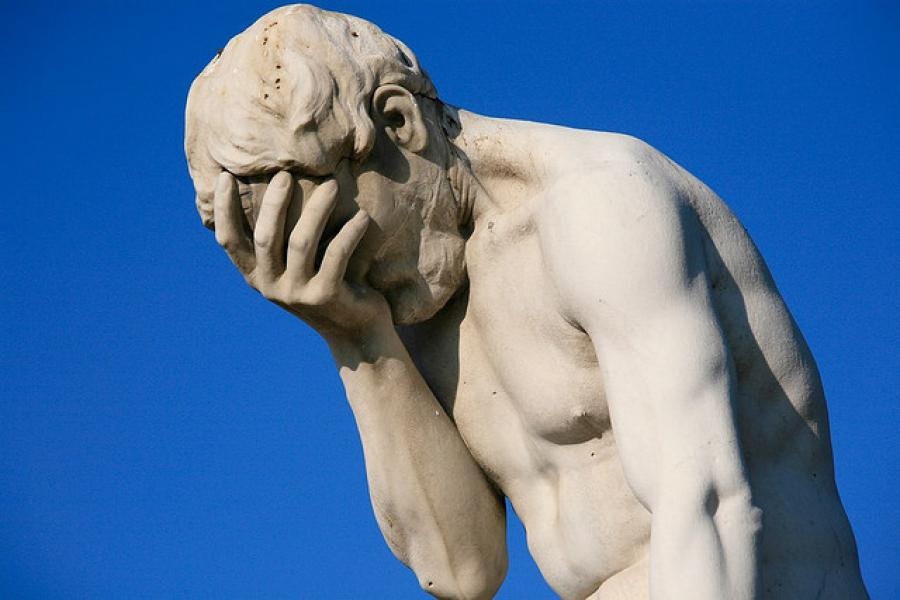 This article was written by Lewis Coffey, published on 14th February 2014 and has been read 5219 times.

Spanish Languages
It has now been around six months since I waved a sorrowful ‘hasta luego’ to Madrid and returned to the somewhat damper shores of England’s green and pleasant land. However, Spain very much remains close to my heart in more ways than one. Indeed, on paper my year abroad has had something of a positive effect on the old interpersonal-cum-organisational-cum-intercultural skills. In practice, though, my year abroad seems to prevent me from communicating like a regular human being.

Lonely as a cow

I would say that one of the main issues is that my third year in Spain has been immediately followed by my fourth year in hell. If you’re on your year abroad now, gaily laughing at all the poor friends you left to deal with final year in storm-ridden Britain, know only that your smugness is to be short-lived. My problem is that as soon as anything even remotely boring or difficult happens (which in final year is all the bloody time), I embark upon startling diatribes, denouncing everything in the UK, from university to my job to Jim Davidson winning CBB, as the worst thing in the entire world. Unfortunately, constant complaining is not what most people like to listen to. So where does that leave me? Well, it leaves me feeling as lonely as a cow. In a field. With no other cows in.

Madrid, on the other hand, is enjoying a glowing reputation as, like, THE BEST PLACE EVER. The thing is, people don’t like to hear about that either. It’s a lot like that whole word vomit thing from mean girls. I know people don’t care about the mad transvestite that was ballin’ up and down Gran Vía wearing nothing but a cropped cardigan and a thong that was not built to contain more than one testicle. I also know that they don’t care about the time my flatmate saw Elijah Wood buying ‘agua con gas’ in El Corte Inglés. It’s not interesting to them. But I’m so desperate to talk about Madrid that I just carry on anyway. (Cut to me, lonely as a cow. In a field. With no other cows in.)

Only fools and yodelling

Do you all know those brilliant moments in Only Fools and Horses when Del Boy whacks a bit of casual francais into conversation in order to sound worldly-wise and full of sophistication? Do you also remember that he generally ended up making an arse out of himself?

Well, during my time in Madrid, Spanglish became my main method of communication. There was a lot of ‘pass me the fuego’ and ‘that’s jodido’ flying around. Unfortunately, old habits die hard, and now people give me the stink eye when I come out with things like ‘just heading down la biblio’ (don’t judge, it’s final year and the library has replaced my social life; I promise, I would love this example to be ‘Going out tonight! I’m gonna paint the town rojo’).

The thing is, I understand why they give me the stink eye. Most of my friends’ knowledge of Spanish reaches the lofty heights of Ricky Martin Livin’ the Crazy Life and Wyclef Jean asking Shakira what her name is in Hips Don’t Lie. So why would they want to listen to me switching between English and Spanish? It means nothing to them. And in the past I managed to speak in English perfectly well, so why shouldn’t I now?

It’s like how Kesha (or Ke$ha, whatever) realised that she could yodel, and then included it in literally all of her songs. I understand. She was probably just so excited and amused by her discovery in the beginning that she thought ‘why not?’ and then it became habit. The same thing happened to me with Spanglish. I’m not trying to be some verbal maverick. Neither do I think that when telling people that ‘I echar them de menos’ (I miss them) that I’m pioneering new linguistic territory for mankind. It’s just that for some unidentifiable reason, yodelling and Spanglish are fun.

This problem even manifests itself at times when it is acceptable to use a Spanish word. For example, a couple of nights ago I had fajitas for dinner and found myself swimming in dangerous waters. Every time I said the word ‘fajitas’ - which was a lot because fajitas are great and I was exclaiming things like ‘I love fajitas’ at regular intervals – I found myself pronouncing it in a distinctly Spanish way. The Spanish J, which makes you sound a little bit like you’re about to cough up a fur ball, does not go unnoticed when used in English conversation. It is only afterwards that I thought my fellow diners may have been exasperated by what probably sounded to them like snobbery. Or like I was audibly suffering from a severe cold and I was on the verge of expelling copious amounts of phlegm.

I fear with my whole heart (I’m reaching for the Right Guard as I type) that people think I’m just showing off in the weirdest way ever. As though I think that my substandard Spanish is going to render anyone in the near vicinity weak at the knees. I swear to you now that this is not true. Cross my heart, hope to die etc etc.

The reality is that it is just habit. And not in an annoying way where I’m like ‘Oh my God, my Spanish is so good, I just can’t stop.’ That is definitely not the case. Last week in my oral class, I forgot how to tell someone how old I am and accidentally declared myself to be ‘dieciuno’, which would be the Spanish equivalent of ‘oneteen’.

I just hope that people realise that, underneath the complaining and the Spanglish, I do have some residual social skills, and that they continue to invite me places. But, if worst comes to worst and all my friends reject me, at least my awful dinner party etiquette might get me a stint on Come Dine With Me.