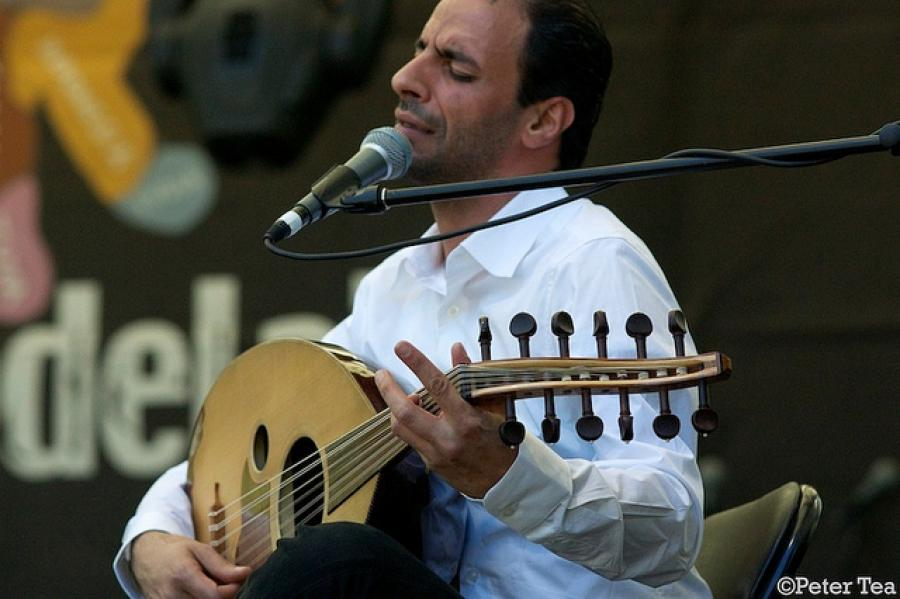 This article was written by Global Graduates, published on 3rd November 2014 and has been read 3622 times.

Arabic YearOverHere
Arabic speakers, check out this page for resources and UK-based event listings to help you practice your language skills and immerse yourself in Middle Eastern culture without leaving the UK!   Think we've missed something? Click here to send us your suggestions for listings!

Use TuneIn to listen to Arabic radio stations online! Make sure you read online newspapers in Arabic (scroll to the bottom for a list of Middle Eastern countries)! The Arab-British centre is fantastic for events, language classes and a library. The Zenith Foundation website is worth checking out for Arabic cultural events Check out Gateway to Arabic for Arabic teaching resources CAABU is a useful insight into Arabic culture and current affairs Although relatively outdated in format, the Muslim forum Ummah is a good place to go with questions Exhibition Islam is a permanent exhibition at Regent's Park Mosque and well worth a visit

Cultural events across the UK!

These Arabic classes will be taught by Ibrahim Othman who has several years' experience of teaching Arabic at various levels, both in his native Syria and in the UK.

This short course is an introduction to art materials and the basis of geometry, which is relevant both to Kufi calligraphy and as an art form in its own right.

The fabulous Egyptian storyteller and performer, Chirine El Ansary, returns to the Crick Crack Club to tell some of the most intriguing and seductive episodes from The Nights, stories that explore the deepest passions and desires of men and women.

'Fireworks' was developed during the Royal Court's International Residency in August 2013. The play gives us a new way of seeing how war fractures childhood.

As part of the British Council's partnership with Qatar Foundation and Greater London Authority, this free conference will include workshops on how to introduce the teaching of Arabic in schools, professional development sessions, classroom tips and the chance to network with other Arabic teachers.

Saqi Books is offering an eight-week full or part-time internships to bright individuals with an interest in publishing and the Middle East and North Africa.

This course will guide students toward finding their own approach to the art of Arabic calligraphy, with each session consisting of a theoretical and a practical component. All materials are provided and a knowledge of Arabic is NOT required.

The Taqasim Music School presents an Oud Beginners Course, which will focus on teaching the fundamental techniques needed to play the Oud.

7th May: Screening of 'Champ of the Camp' by Mahmoud Kaabour, Arab British Centre, London

'Champ of the Camp' is the first ever feature-length documentary filmed in the labour camps of the United Arab Emirates.

The StolenSpace GALLERY presents a major solo exhibition of acclaimed paintings, inspired by the terrible civil war in Syria.

A Gala Dinner to raise funds for the Palestinian Children's Relief Fund.

18th May: Preview Screening: 'Tell Spring Not To Come This Year' + Q&A with Directors, The Frontline Club, London

A documentary focused on an ANA company stationed in Helmand, an extremely dangerous province where attacks by Taliban fighters are the order of the day. The documentary won the Amnesty International Human Rights Award and the Audience Award for Best Documentary at the Berlinale in February of this year.

27th May: Headscarves and Hymens: Why the Middle East needs a Sexual Revolution, Free Word, London

The Saharan group appear in the UK for the first time with their unique Saharan rhythms and vocals.

The Shubbak team are now planning their 3rd annual festival! In 2013, the festival attracted 55,000 visitors from London and the Arab world to see 52 events from 16 Arab countries.

This summer, the first ever cultural Arab festival will be held in Edinburgh. The Edinburgh Arab Festival 2015, organised by the Islamic & Middle Eastern Department at the University of Edinburgh, will run during the international Fringe festival on 28-29th Aug. This year's event will be a vibrant 2-day festival to introduce the rich cultural, literary and historical heritage of the Arab world using a variety of events namely: distinguished keynote addresses from world renowned scholars, art galleries, exhibitions, live entertainment, film screening, food tasting and multiple live workshops in language, poetry, and art; and much more.