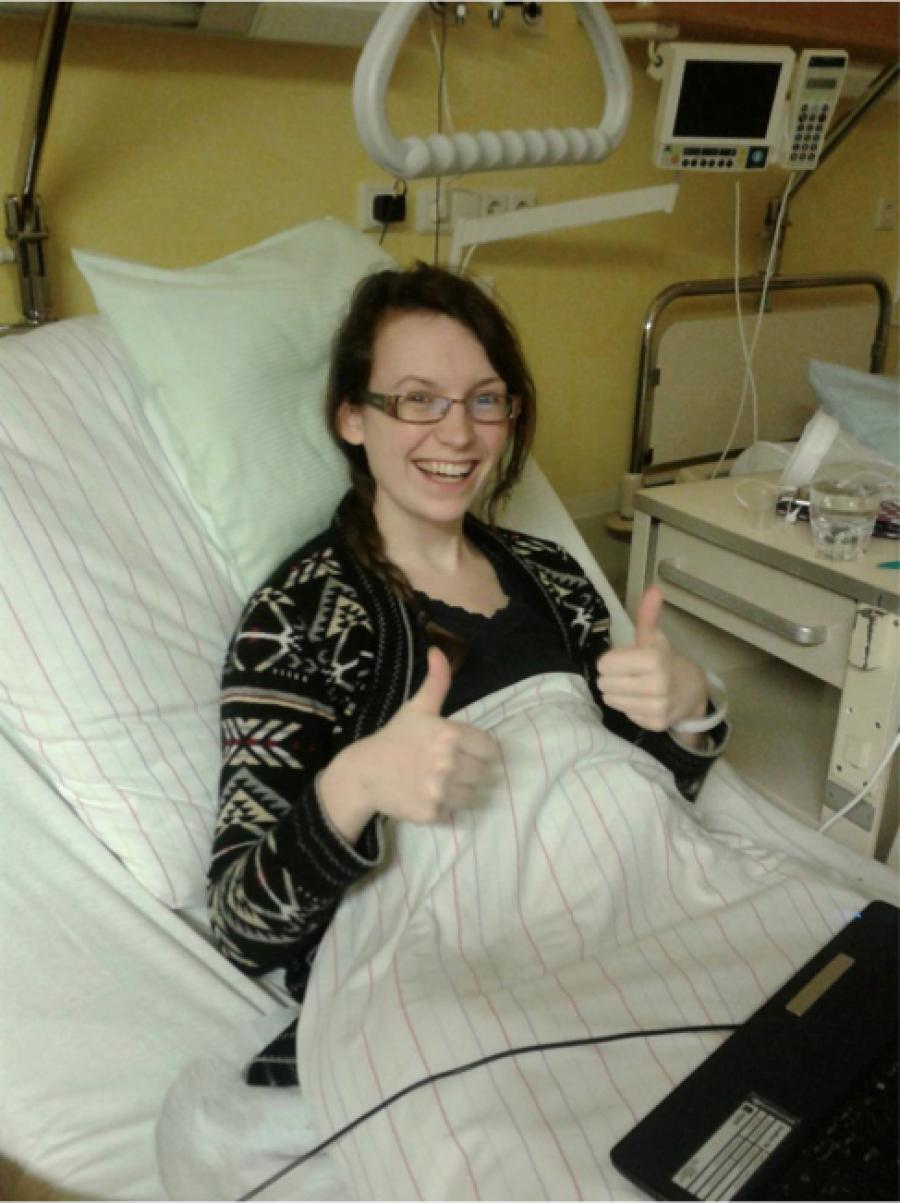 This article was written by Kathryn Harrop, published on 28th March 2013 and has been read 11251 times.

Living and working in Germany Health & Fitness Warwick Uni Bayreuth
Kathryn is a Warwick student currently on her year abroad in Ingolstadt, Germany, where she is doing a 4-month internship at a translation firm. A few months ago, she was studying at the universität Bayreuth where she got appendicitis and had to have an operation in Germany. Here's what happened and her medical advice to anyone on their year abroad...

'Culture', 'nightlife', 'travel', 'alcohol', 'Erasmus' are just a handful of the images conjured up when picturing the coveted Year Abroad. Do 'appendicitis', 'hospital', 'operation' feature in this list? No, no they do not... Yet three months into my amazing year abroad experience, this nightmare became reality when I needed an operation (a laparoscopic appendectomy) in Germany.

Before the Year Abroad, you try to prepare as much as possible for every eventuality. Illness is something nobody expects and everybody hopes to avoid. Appendicitis can strike at any age, any time and you can be absolutely fine one day and then wake up the next feeling awful.

Where it all began

As an Erasmus student at the University of Bayreuth, Germany, I had a packed social schedule so naturally I was out at various clubs on Thursday the 6th and Friday the 7th of December and I visited the famous Nuremberg Christmas markets on Saturday the 8th of December. The morning of Sunday the 9th of December is when this experience began.

That day, I woke up with a strange, painful stomach ache, predominately centred around my lower right abdomen. With no NHS Direct helpline to call, I subsequently scared myself for the majority of the day by googling ‘stomach ache’ in various forms. Was the donor kebab I’d eaten the previous day to blame? Could it be food poisoning? Gallstones?

"So you have a stomach ache?" (the paramedics)

After all, it sounds ridiculous, right? A stomach ache can be a sign of all manner of things; hunger, cramps, nerves. A question I am frequently posed is ‘how did you know that it was serious enough to warrant a hospital trip?’ This is a perfectly reasonable and indeed worthy query.

Ironically enough, a friend of mine, Steph, had had appendicitis just one week before I did. She was treated in a Welsh hospital and describes the pain as follows:

"I realised it wasn't an ordinary stomach ache when simple movements were painful to do, I couldn't walk without crouching in on myself and when it came to going to bed I only managed an hour sleep before the pain woke me up again."

This is what I experienced. Luckily for me, a friend of mine in Germany called Steve McDonald had volunteered for St John’s Ambulance so was able to recognise symptoms of appendicitis. He rang an ambulance and off we went to hospital in an ambulance at 5am Monday morning. My operation was Monday afternoon at 3pm and I then spent the rest of the week recovering in hospital.

"I’m going to steal your appendix because it is ugly." (the first thing my surgeon said to me)

Hold on a minute, did I interpret that German correctly? Whoever said that German people have a poor sense of humour clearly never met my surgeon!

Yet the problem with appendicitis is that there is no definitive test to diagnose it, so I had to go through a process of elimination to rule out other medical conditions and even right before my surgery, the hospital staff were only ‘pretty sure’ it was appendicitis. However, as appendicitis can advance into the deadly 'peritonitis', it is generally advised to operate even if appendicitis is only suspected.

Immediately after surgery, and in the days that followed, I was unable to move around very much and even nipping to the loo was much easier said than done. I had to sleep a lot and I initially had a lack of appetite. All the staff were incredibly kind and helpful and I was lucky that I was well enough one week post-hospital release to fly home for Christmas.

"Well, at least we know that fake tan is not a good look on you!" (Gemma Wilson)

Although it wasn’t the best week I’ve ever had, if you have good friends, like Steve and Gemma (a fellow Warwick student), by your side, any experience immediately improves. Making jokes about my iodine-covered belly (see photograph below) certainly made everything feel more normal!

Having appendicitis abroad was certainly an experience! I learnt quite a few pieces of German vocab though, such as ‘Blinddarmentzünzung’ (appendicitis), so it wasn’t all bad…

My medical advice to anybody abroad

1. Make sure you have an EHIC card and it is up to date. I would have had to pay thousands of euros for my operation if I hadn’t had one.

2. If you don’t understand something, ask for a translator or for the forms in English. These forms are of vital importance as, when you sign, you are agreeing to take the risk of surgery and any unanticipated consequences.

4. Have courage in your convictions: I knew something was wrong with me so had to express this in German quite strongly to make sure everyone knew it was not just a cramp I had.

5. Try not to panic! Ultimately, everyone wants to help you feel better.

Left: Four days post-op: hello, swollen, yellow belly from the op, complete with 8 stitches. There are 3 scars as I just had keyhole surgery, which uses three cameras.

Right: The tiny scars are barely noticeable and I'm back to normal!

Which Italian cities are best for students?

You can definitely spend your Italian year abroad in Venice, Florence or Rome - I spent mine in Florence and it was just FANTASTIC, mainly because I made a huge effort to live with and integrate with...

by Katherine Price
Living and working in Germany

by Louise Northcutt
Living and working in Germany