An introvert's guide to the year abroad 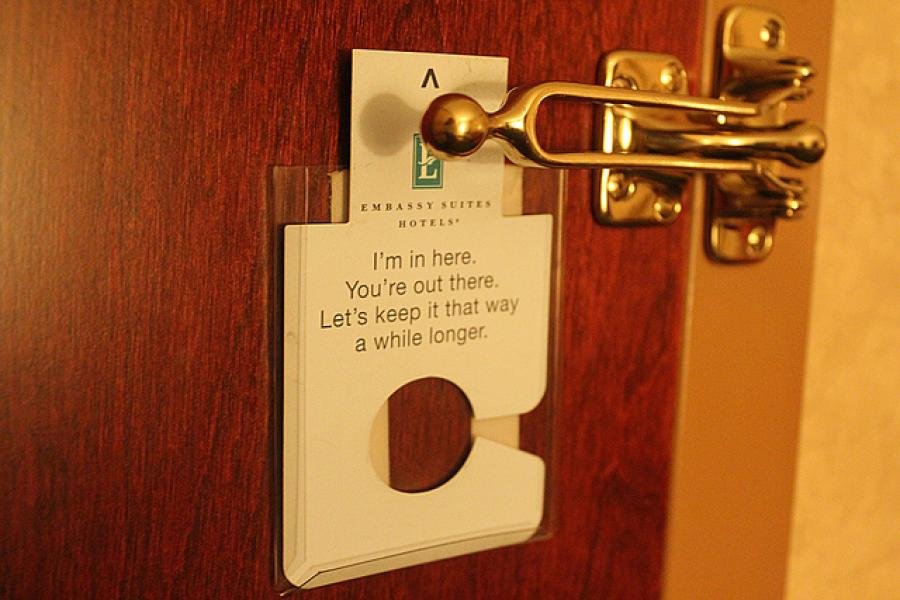 This article was written by Annie Warren, published on 24th November 2014 and has been read 4939 times.

I’m a very shy person. I don’t like talking on the phone, I abhor reading aloud in class, I hate ordering in restaurants, and I will wander round a supermarket for up to half an hour and then leave empty-handed rather than ask where I can find the unsalted butter – and that’s in England. Added to this, I have a horrible habit of liking being right which means that I hate making mistakes (granted, I’ve had to get used to it since starting uni, but I still don’t like it). These things added together are not ideal traits for someone going to live in a country where they don’t know anyone, with the intention of learning the language. But I’m doing ok.

If you are, like me, shy, English, and on your year abroad, the first thing to do is get over your fear of making mistakes. You will make mistakes. There are no two ways about it. The whole point of coming on a year abroad is to get better. Yes, it’s disheartening when you realise that some German girl you’ve met who is studying medicine at your uni can speak better French than you (and English for that matter) and she’s not even studying it, but whatever. Accept whatever level you’re at and run with it. When I first arrived in France, I had a lot of trouble remembering not to pronounce the end of words; embarrassing for anyone who has studied French beyond GCSE level (or ever), but because I’m a visual learner, when I want to say a word I tend to visualise the way it’s spelt and so naturally I pronounce its ending. I once tried asked one of my friends how her chat was doing, but I accidentally pronounced the t, pronouncing ‘shat’ instead of ‘sha’. ‘Chatte’ has a very very different meaning to ‘chat’ and I actually ended up asking her an extremely intimate question instead of if her cat was ok (look it up, you’ll see).

When that happened (in front of a whole room of people I might add), guess what I discovered? People don’t care if you make mistakes. They really, really don’t. As foreign students, many of the people we come into contact with are going to be either multi-lingual themselves or very used to having foreigners speak their language. They’re used to it. People have been so much more patient and willing to help than I thought they’d be, and I barely ever get English-ed (when you try to speak in a foreign language and someone replies in English). And if someone does laugh at your mistakes or make fun of you, just remember that you have the last laugh because you can speak one more language than them and quite frankly they can, as the French would say, va se faire foutre.

Getting more confident just sort of happens when you don’t have a choice. If I wanted to have any friends at all when I arrived here, I had no choice but to speak to people I didn’t know, and it really paid off. I do feel very, very lucky to have met so many lovely people here who are so kind and easy to get on with, but at the same time, I’m sure I would have met people I get on with anywhere. The thing is, the type of people who go on years abroad tend to have a certain level of confidence and open-mindedness, which means in general the people you meet will want to make friends. So you might as well take your chances and just talk to someone, because they’ll probably be super friendly and nice.

Getting over these things has helped my language skills so much. Before, I had to be on my guard all the time in case someone asked me a question because if I wasn’t concentrating I wouldn’t understand if someone randomly spoke to me in French, but now I can understand without thinking too hard (most of the time). I used to have to prepare a mental script before I ordered anything in a café and would get so nervous about speaking out loud that I’d inevitably get my words muddled up, but I’m able to be a lot more spontaneous now. I can tell I’m getting better, because I understood a whole film in French the other day and can now discern whether or not someone is speaking with an accent. I even successfully bridged the tu/vous divide the other day! Anyone learning a language with a formal and an informal version of ‘you’ (which, as far as I’m aware, is most languages other than English) will understand what a victory this is!

Honestly, I still make mistakes pretty much every other sentence. I still hesitate when I have to used I complicated tense like ‘I will have done the essay’. I still can’t pronounce the difference between ‘tu’, ‘tous’ and ‘tue’. I still have a strong accent. But I’m a hundred times better at French than I was when I got here. So that makes it ok.

And if you’re still getting frustrated with French, then just remember that it’s essentially a stupid language that even the French get wrong all the time, and I’m sure that’s something French has in common with a few other foreign languages. When I was grocery shopping the other day, the man behind the till couldn’t decide what he should call me, going very red as he stammered through, “Mademoiselle… errr, Madame… errrrr, Mademoiselle… errr… pardon”. In the same shop, I heard a French man say to a shop assistant “Bonjour!” who then got a stern look and a cold “Bon soir” by way of reply. If they can’t do it, I don’t know how we’re expected to be able to. Or maybe it was just something to do with that particular shop.

I hope this article has encouraged you to let go of your inhibitions a little bit and just go for it language-wise. People will be much kinder and more helpful than you expect, I promise; you won’t regret it. Bonne chance!