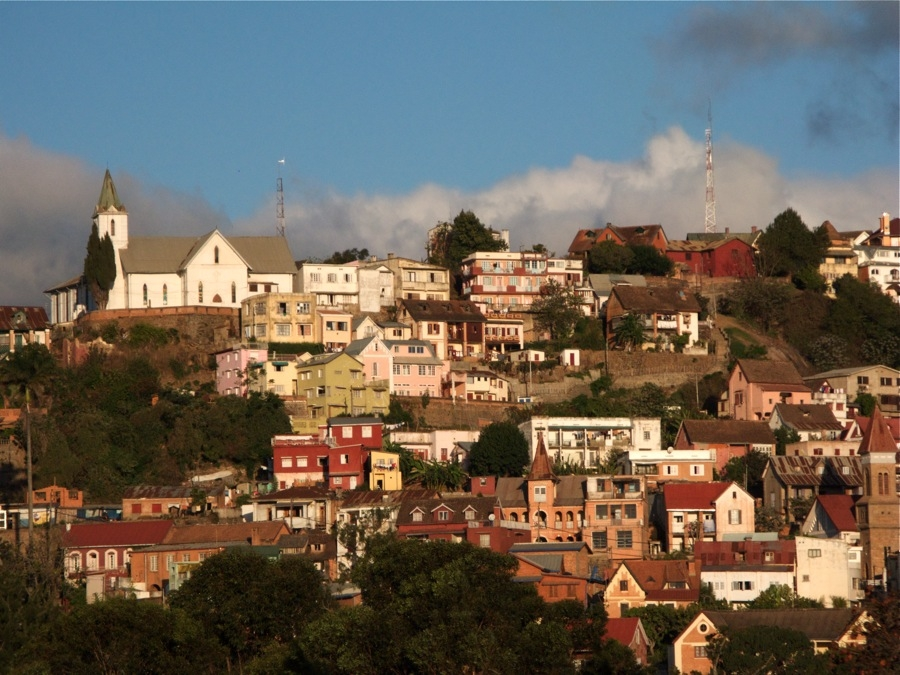 This article was written by Alice Genge, published on 15th February 2010 and has been read 5526 times.

Madagascar
Antananarivo, Madagascar - sprawling, unique, dusty, life-changing, lovely people  I worked as a volunteer spent four months working as a volunteer English teacher for the Dodwell Trust. This was set up twelve years ago by Madagascar aficionado, Christina Dodwell after she visited the island whilst researching one of her books. It is a small charity, therefore the costs are not huge and most of the money that the volunteers pay goes directly back into the projects. The costs include accommodation, transfers to and from your placements, teaching materials and a daily food allowance. I had four different placements over the time I was in Madagascar, with teaching groups varying from children age 4 to English teachers aged over 50. I taught approximately 25 hours per week, with some occasional private tuition on the side, which we would teach in our garden. Arriving in Madagascar can be a massive culture shock especially if, like me, you have never been to a third world country before. As one of the poorest countries in the world, you would expect the people to be very deprived. There are many people who do struggle, however as the country in general is poor and not just the people; there is less of a divide between the extremely rich and the extremely poor. I had an absolutely amazing time there and was really touched by all the experiences that I had, the people I met and the incredible places that I saw. This island is truly unique and I would highly recommend it!

Useful local words: You will be called ‘vazaha’ wherever you go – it is not an insult, it simply means foreigner.

What not to pack: An unadventurous attitude.

What to pack: Water purification tablets, malaria tablets, suntan lotion and an adaptor.

Couldn't have done without: Stock cubes and packet soups - they added a lot of flavour to the thrice-daily rice meals!

Word of advice: Restaurants are generally very cheap and delicious food – zebu steaks are delicious. The hotel Vakona Lodge Lemur Island is well worth a trip to see lemurs which have been rescued from awful conditions as pets in hotels. As they are so used to humans they come down and eat bananas out of the palm of your hand. They cannot be released into the wild as they would not survive but are well treated and they have a lot of space. The Malagasy people are generally very welcoming and happy to have visitors from the UK, as most of the tourists are from France or Italy – they will ask you a lot of questions about the Royal family! Unlike the film, there are no lions, giraffes, zebras or hippos on the island (there are dancing lemurs though - watch out for the diadem sifaka)