Advice for Black people and ethnic minorities on a year abroad 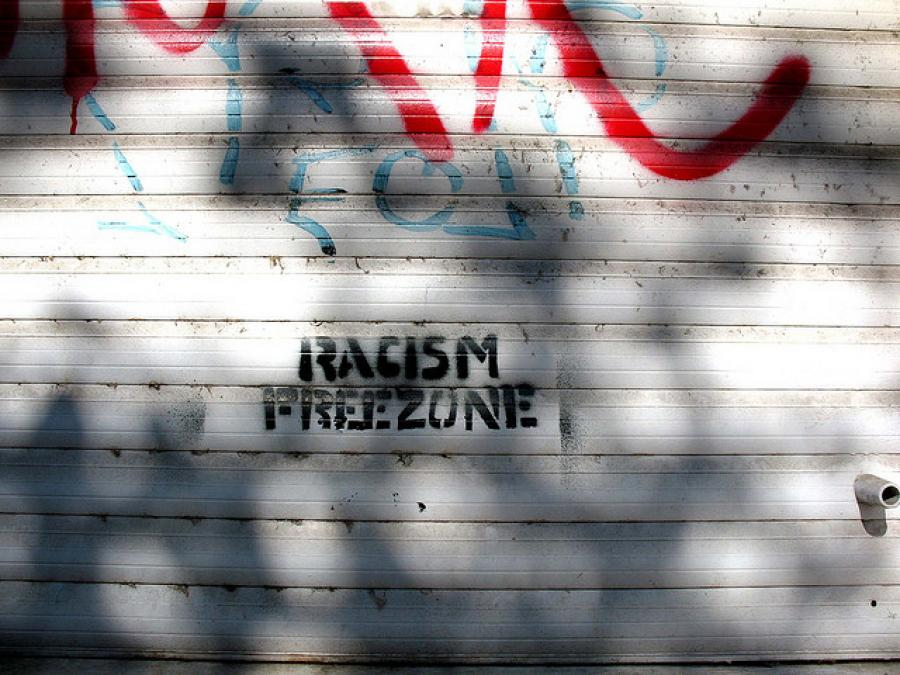 This article was written by Anita Barton-Williams, published on 8th May 2013 and has been read 15547 times.

Living and working in Spain Living and working in France Advice Nottingham Trent Uni
Anita Barton-Williams is studying French and Spanish at Nottingham Trent university, and is spending her year abroad in Strasbourg, France, and Ávila, Spain. She says, "I want to shed light on the experiences I have had as a young black woman abroad. I want to be able to give advice to other Black people and ethnic minorities on what to expect upon starting their year abroad as I, as well as several of my fellow Black Trent students, have encountered racism on several occasions and feel it is a topic that needs to be brought to attention." Here is her advice.

Before embarking on the journey that is your year abroad, your thoughts are often chaotic. You are frantically trying to make sure that you have remembered to do everything whilst coming to terms with the fact that it will be a long time before you see your family and friends. Racism is not something that should have a place in the tumultuous thoughts of a year abroad student before their departure but, it was at the forefront of my mind.

Some would say that my apprehension was irrational after all racism is supposedly a foregone issue, but my experiences abroad have raised the question: How much progress has been made in terms of racism within Europe? It is hard to ignore when, football players such as Balotelli experience monkey chants from Spanish fans or when Black workers are sent home from Gare du Nord over fears about their religious orientation.

I realise that my preoccupations with racism before my departure were founded, but I wish that I had been better prepared for the racism and discrimination both my friends and I experienced before I left the comforts of my South London multicultural haven for the cities of Strasbourg, France and Ávila, Spain. I am by no means labeling the aforementioned countries as racist but what I am addressing is the fact that racism is alive and, as a Black female student about to return home after her year abroad, there is some advice I would like to share.

I knew the bare minimum about Strasbourg when my train arrived and it was time to start looking for a place to live. The size of the city, the main tourist attractions, the best means of transportation were among the few things that I could recount about both Strasbourg and Ávila. What I wish I had added to my list were, the population demographics, and the political orientation. Which political party did the locals vote for in the most recent election? Is the city cosmopolitan/multicultural?

Finding a place to live is the first hurdle that many year abroad students face, your main concerns are normally the people you’ll be living with and whether you’ll be able to afford the rent. Whilst I was lucky enough to find accommodation with a Guadeloupian, my friends experience revealed that our race was also a factor, taken into consideration when finding somewhere to live. Each viewing would end with the line “I’ll contact you.” It was not until we viewed an apartment where the landlord was quite frank with us that we realized our skin colour was the problem, “You are going to find it hard to find somewhere since you’re black, the people here can be racist, a lot of them voted for Le Front National.” He was right: after viewing at least 10 properties between them, my friends were finally housed by a sympathetic Martiniquais.

Before starting my year abroad I worked in a holiday village in Evian-Les-Bains. Evian is a city home to less than 9,000 people so, I had already experienced living in a commune where multiculturalism was non-existent, but I felt comfortable. Although I had one incident with a colleague, who tried to balance a tray on my head whilst asking me to walk and telling me “to do like they do in my country” (blatant racism which I chose to walk away from), in general, people were friendly. A few would take a second glance at me as I walked alongside Lac Léman but, it was nothing that made me feel uncomfortable.

This changed, however, when I started my second semester in Ávila. Ávila a city, with a population of just under 59,000 people, is located in the region of Castilla y León. Whilst living in Ávila, I have been unable to walk down the street without being stared at and, whilst it is easy to say that you can ignore people's stares, their abundance and intensity often left me feeling self-conscious. Unlike in Evian, quick glances are not sufficient enough to quench people's curiosity. Cars slow down, people look back as they walk past me, incredulously, some even cross the road in order to get a closer look! It’s not only the stares that have made my time in Ávila a test of strength but also the comments.

My friend got talking to the clerk while he was at the post office and, as per what seems to be the protocol here, she asked him where he was from. He replied “England”, to which she replied “oh yes the English slaves.” Now, ignorance is never excusable. Ensure that you do your research because if you are not going to feel comfortable in a city you have to live/work/study in, then you will find it very difficult to enjoy your time there, which will inevitably hinder your ability to improve your language skills.

If someone says something to you that you find inappropriate, tell them. I know that initially the language barrier may make you question whether or not you have understood what was said, but once you have clarified and are sure about what you have heard then tell them because, otherwise they will continue to think that what they have said is admissible.

When I first arrived in Spain, I lived with a Spaniard and a fellow Brit. In order to celebrate Burns Night, I accompanied my housemate to the local greengrocer to purchase the necessities for her Scottish celebration. Upon entering the store and seeing my Afro, a man shouted from a corner "You must be from Senegal with hair like that!” The fact that I am not Senegalese is irrelevant. He had no right to shout that across the store in front of everyone. If he had approached me and asked me what my heritage was I would have happily obliged but, the fact that he felt he had the right to tell me where I was from based on what I looked like was beyond inappropriate, I left feeling incensed and embarrassed about what had taken place. Ignoring such behavior is impossible; you have every right to address it.

There are moments during your year abroad when you will feel homesick. No matter who you are, we all get homesick; we all miss the familiarity and comforts of home. For me, I missed the food and being able to see people in my image, when walking down the street or going for a meal or a drink. In order to combat this suffocating homesickness I sought out Black communities in my new homes. In France I lived with a fellow Caribbean, and in Ávila I often visited a Dominican Bar called El Sabor Latino where the community who were both understanding and sympathetic to our situation welcomed us. By all means both educate and immerse yourself in the local culture, it is a good way to meet locals and settle in to your new home but when you feel homesick seeking familiarity can really lift your mood.

My advice comes from the experiences I had whilst on my year abroad and has been shaped by the locations in which I studied as well as the interactions I have had. It is not my intention to discourage you from travelling to the cities/countries mentioned in this article, as your experiences will definitely be different from mine. All I wish to do is share some advice.

I have enjoyed my year abroad and refuse to let the ignorance of a few leave a bitter taste in my mouth. Relish your year abroad, because it is perhaps the most prodigious adventure you'll ever undertake.

Living and working in Spain